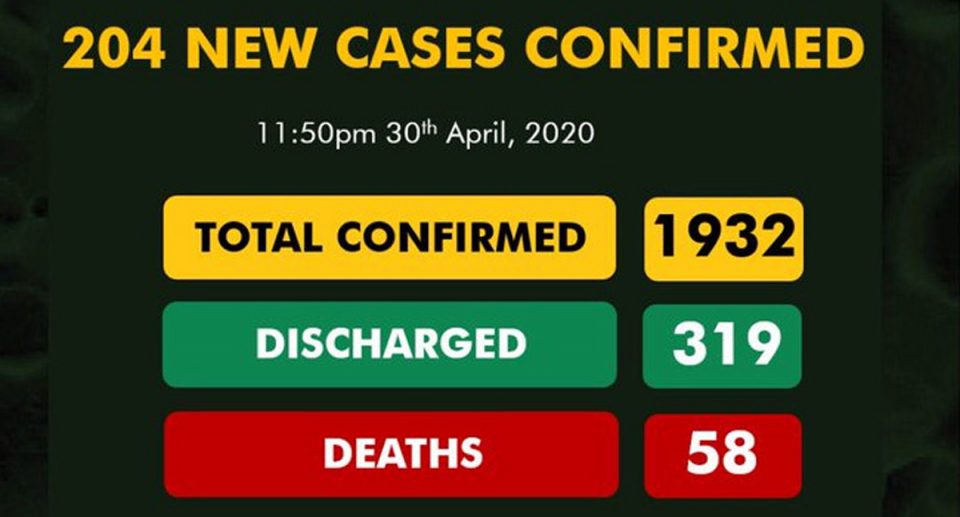 Nigeria on Thursday recorded 204 new cases of coronavirus, its highest daily figure since the first case was recorded in February.

The Nigeria Centre for Disease Control (NCDC) announced new cases via its twitter page, bringing the country’s total infections to 1,932

The newly-reported cases, as revealed via the Centre on Thursday evening, shows that Kano has the highest number with 80 cases, followed by Lagos with 45 cases.

The country also recorded seven deaths from the disease on Thursday, bringing the total number of deaths to 58.

Across the world, the novel coronavirus has killed 230,309 people since the outbreak first emerged in China in December, according to a tally from official sources compiled by AFP at 1900 GMT on Thursday.

Chief of Air Staff charges officers on maintenance of Facilities

Salami Report: Why the silence on findings against Magu