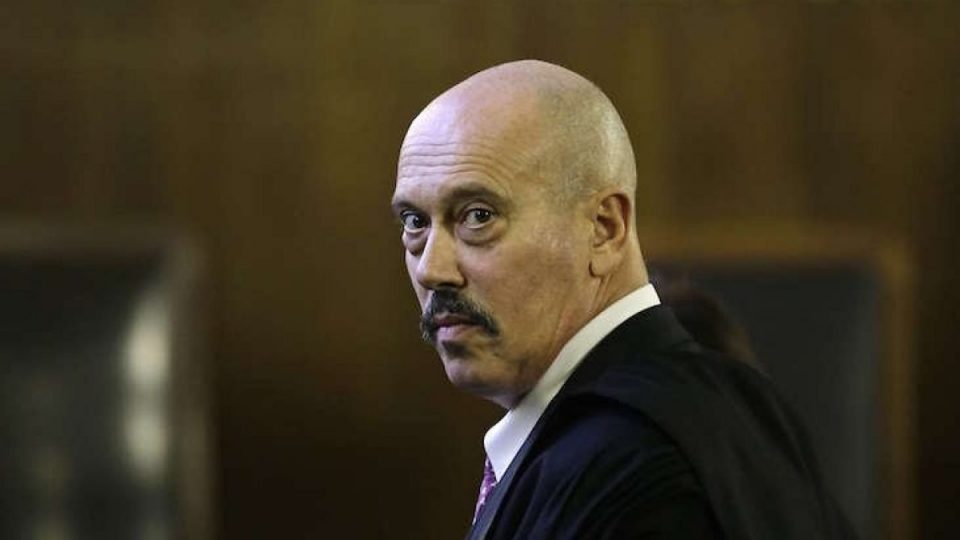 Facts have emerged that the lead Italian prosecutor in the criminal case involving Shell and ENI over the OPL 245 affair, Dr. Fabio De Pasquale, concealed a significant material fact from the Milanese court concerning the former Attorney-General of the Federation (AGF) and Minister of Justice, Mr. Mohammed Bello Adoke, THISDAY has learnt.

In the transcripts of the hearing with Criminal Proceeding No. 54772/13 RGNR, the prosecution witness, Ferri Alessandro, had told the court that Adoke owned the property at No. 271, Cadastral Zone A06 Maitama, Abuja, for which he had collected a mortgage of N300 million from Unity Bank in 2011.

However, with Adoke having failed to provide the N200 million equity contribution towards the purchase price for the property valued at N500 million, the mortgage facility had been withdrawn and Carlin International Nigeria Limited, the property developer, had returned the bank’s N300 million before selling the property to the Central Bank of Nigeria (CBN).

The property has been owned by the CBN since 2013, when they bought it from Carlin International owned by Alhaji Aliyu Abubakar, who is also on trial in Italy over the OPL 245 transaction.

But the Italian prosecutor told the Milanese court that Adoke still owns the property — thereby suggesting that the N300 million refunded to Adoke’s account in 2013 by the property developer was a bribe from the OPL 245 transaction rather than a refund.

Alessandro in the proceedings held on October 26, 2018, had confirmed to the court that N300 million was transferred from the Unity Bank Plc account of Adoke on February 15, 2012 for the benefit of Carlin International.

This, he said, was in respect of the Abuja property which he also confirmed Carlin International had offered to Adoke with a letter of “offer to sell” dated October 5, 2011.

The property, he said, was offered to Adoke for N500 million, out of which the bank credited his account with N300 million for onward payment to Carlin International.

Alessandro also said that judging by the entries and exits from the same account between February 15, 2012 and October 17, 2013, the sum of about N300 million was returned to Adoke’s account through two bureaux de change and several cash deposits in 2013.

He also said Adoke incurred interest charges as his account had gone into the red after the N300 million was transferred to Carlin International in February 2012.

The prosecutor identified the peculiarity of the allegations made against Adoke that “it appears that it is Adoke who gave money to Abubakar in reference to the purchase of No. 271, Cadastral Zone A06 Maitama, Abuja, from Carlin International Nigeria Ltd”, which was agreed by the witness Alessandro in evidence, according to the transcript of court proceedings, the following conversation then ensued between the prosecutor and his witness.

Even though Adoke is not a party to the proceedings in Milan, the prosecutor has an obligation to investigate and present available evidence which may also exonerate the defendant, in this instance, disproves allegation made against a non-party to proceedings which is false, malicious, vexatious, scandalous.

Although Carlin International refunded the bank’s N300 million payment and took back the property to sell to the CBN, the Economic and Financial Crimes Commission (EFCC) has gone ahead to charge Adoke to court for money laundering and criminal breach of trust.

The agency is alleging that the N300 million deposits into Adoke’s account in 2013 were bribes from Abubakar, who is also being accused of funnelling money to key politicians over the OPL 245 transaction of 2011.

Abubakar had, in his statement to the EFCC, maintained that the N300 million he paid into Adoke’s account was a refund of the mortgage advance by the bank and that he returned the money, retrieved the property’s CofO and sold the house to the CBN.

It is understood from the account of Ferri’s testimony in evidence, at the ongoing trial in Milan, that the EFCC was an integral part of the investigations relied upon by the Milan prosecutor, and are placed with facts confirming that the CBN as the current owner of the property No. 271, Cadastral Zone A06 Maitama, Abuja, since its purchase in October 2013 from Carlin International, and not Adoke. But curiously, the prosecutor has deliberately made obscure in evidence, the ownership of No. 271, Cadastral Zone A06 Maitama, Abuja by the CBN since 2013, so as to sustain the malicious allegations made against Adoke in the Milan proceedings.

The former AGF has consistently denied taking any bribe, maintaining that the failed mortgage transaction was being manipulated by the anti-graft agency to persecute him because he allegedly refused to help the Abacha family get a share of the $1.1 billion paid to Malabu Oil & Gas Ltd by Shell and ENI to take 100 per cent ownership of OPL 245.

In his memoirs, “Burden of Service: The Reminiscences of Nigeria’s Former Attorney-General”, Adoke said it was the same N300 million that Unity Bank gave him as mortgage in February 2012 that was refunded in different tranches to his account by Carlin International after he failed to come up with his equity contribution.

He said he lost money in the mortgage deal because he had to keep paying interests when he could not raise his N200 million contribution after being unable to sell an Abuja property to raise the sum.

In an online interview in 2017, the former AGF had said that “sometime in August 2013 (Aliyu) approached me that due to failure of consideration, he wants to sell the said property to the CBN who has indicated interest to buy. He therefore offered to refund the N300m mortgage loan in return for his Certificate of Occupancy to enable him to sell his property to the CBN.

“I told him I have no objection and drew his attention to the fact that he must refund the money directly to the bank as the C of O is in the custody of the bank. I therefore directed him to the bank to pay the money and retrieve the certificate.

“Before then, the acting Managing Director of the bank, Mallam Mohammed Risaludeen, had drawn my attention to the fact that the mortgage loan was getting sticky as I was not amortising as agreed by the terms of the offer letter. Therefore, when I was approached by the developer with an offer to refund the down payment made by the bank to him in exchange for his C of O, I called the acting MD and informed him of the positive development.

“I further asked him to compute the outstanding balance of the account so that I would inform the developer whom I had earlier on told to refund both the principal and accrued interest. The acting MD later called to give me the exact figure which I cannot recall immediately, and I communicated to the developer who agreed to pay.”

He said the Unity Bank account, which was opened specifically for the mortgage, was closed as soon as the total mortgage sum advanced on the property was paid in full.

Two people who testified before a Milanese court trying Shell and ENI over allegations of sleaze in the OPL 245 appeared to absolve Adoke of partaking in the reported bribery scheme.

In the Milan trial, a former Russian Ambassador to Colombia, Mr Ednan Tofik ogly Agaev, said he was pressured to mention a name in his interrogation by the FBI and he randomly mentioned Adoke. He refused to adopt the statement he made to FBI in court.

A former ENI manager, Mr. Vincenzo Armanna, who is also on trial, told the same court that, in fact, Adoke threatened to arrest and prosecute ENI officials for negotiating kickbacks in the deal now regarded as the biggest corporate sleaze in history.- culled from Thisday