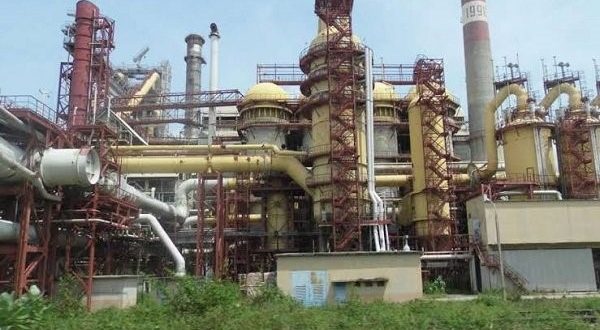 In inaugurating an implementation committee to resuscitate the Ajaokuta Steel Company, the Federal Government has a fresh chance to either finally bring the project to fruition or, if it fails, extend the country’s 42-year-old nightmare. Last week, the Senate also passed a resolution urging the Federal Government to, as a matter of urgency, complete the Ajaokuta Steel Complex. This apparently shows a renewed determination by both arms of government to spur the economy towards a new direction.

While officials enthuse over expected funding from the Russian Export Centre and African Export-Import Bank, with additional assistance from the Russian technical partners, the prospect of yet another concession in the offing is foggy. Kick-starting steel production and the long delayed industrial take-off deserves everyone’s full support, but prevailing economic conditions still strongly recommend outright privatisation.

Instead, the regime of the President, Major General Muhammadu Buhari (retd.), in its determination to retain state ownership, has opted for this latest gamble. The Minister of Mines and Steel Development, Olamilekan Adegbite, said the Ajaokuta Presidential Project Implementation Team is to give effect to a pact earlier reached between Buhari and Russia’s President Vladimir Putin under which the East European country would assist in completing the project and thereafter help in finding a Russian firm to manage it on Build-Operate-and-Transfer basis.

The minister emphasised that Afreximbank would fund the project with $1 billion, while the Russians would offer $460 million. “The beauty of this proposal is that it does not involve Nigeria putting money; the project will pay for itself,” Adegbite declared. The Russians will also provide the technical, engineering and managerial skills, while Nigeria is to provide the minerals and Afreximbank the cash.

Russia’s Tyazpromoexport built the plant while the ASC Limited was incorporated in 1979. Estimates of how much it has cost range from $5 billion to $10 billion. The steel mill reached 98 per cent completion in 1994, with 40 of its 43 plants having been built before it got stuck.   The remaining two per cent has to do with external infrastructure like waterways and viable ports. The African Report says Nigeria’s rich deposits of iron ore, much of it in Kogi State, the region where Ajaokuta is located, makes steel a viable target for the government’s revenue campaign, and offers the scope to develop other industries.

But more than 40 years after completion, The African Report adds, the dilapidated steel factory complex has failed to produce a single bar, coil or rod, despite billions of dollars in public funding and multiple ownership changes.  After several failed attempts to concession it, the government took back control in 2016.

Before now, there had been Solgas of Russia, India’s Global System Steel Holding and a host of others that came to Ajaokuta and failed. Adegbite says there is a conspiracy internationally for Nigeria not to produce steel, especially when we were buying our steel from the West. “Of course, they didn’t want us to produce steel and, with some local collusion or whatever, Ajaokuta has failed. Now, the arrangement is that Russia will provide the contractor. With the funds coming from Russian banks and Afreximbank, Ajaokuta will pay for itself. So we don’t have to involve public funds in Ajaokuta. That is the model we are working on now,” Adegbite claims. Yet, Russia says a railway is essential for a continuous supply of ore from the remote mines; (and) a port would be needed to secure a trouble-free shipment of coal.

Alluring as the government presents it, there are still flaws in the Russian deal. First, this is another concession in the making; the project has suffered many failed concessions, including at least one from which the government is still trying desperately to extricate itself. Second, the government has tied its own hands in that the Russians are the ones to choose the concessionaire, thereby shutting out non-Russian firms from the bidding. Ten firms have already expressed interest and offered bids for the firm. Why is the fixation on Russia? And no matter the gloss put on it, since the Afreximbank funding is not explicitly declared to be equity, the government would have to repay if the arrangement fails.

A look at the chequered history of ASC and global realities in the steel industry strongly recommends outright sale to a global steel champion, with the government retaining a minority stake and flotation on the Nigerian bourse. Steel is vital for construction, infrastructure, tools, ships, trains, vehicles, machines, electrical appliances and armaments, making it the bedrock of industrial take-off and a major indicator of economic development.

But running Ajaokuta goes beyond just the complex. Designed as part of a network, it was to source 80 per cent of its raw materials within a 60-kilometre radius, notably iron ore from Itakpe; and it was to feed the Delta Steel Company, Owvian-Aladja in Delta State, three steel rolling mills in Jos, Osogbo and Katsina and stimulate start-ups and other mills around the country. In January, Transportation Minister, Rotimi Amaechi, announced the completion of the Warri-Ajaokuta-Itakpe rail line, a major ramp of the steel plan, to facilitate movement of raw materials and finished steel. The bad news is that control of the Nigerian Iron Mining Company is being contested with an estranged concessionaire. Similarly, the inland port at Lokoja and dredging works to provide water transport for movement of products are yet to be completed.

On the global scene, contractions in demand and slower growth after the 2007/08 meltdown have collided with COVID-19-induced recession. The WSA says, “Customers are hit by shutdowns, disrupted supply chains, collapsing confidence and delayed investment and construction projects, as well as a decline in consumption activity.” Before then, China, the world’s largest consumer, and producer with 24 per cent, and India have been experiencing economic slowdown, thereby reducing global demand. The Council on Foreign Relations reported that while steel-making capacity doubled in the 15 years to 2016, demand slumped, leading to 12,000 US steel workers losing their jobs in 2015/16, Australia’s two largest producers going bankrupt and Britain’s Tata Steel selling some units after series of bankruptcies devastated UK’s once formidable steel industry.

The global steel market is no longer the same 40 years after Ajaokuta was conceived. Industry watchers say since 2000, the global steel industry has added nearly one billion tons in capacity, surpassing demand growth during the period by nearly 300 million tons. Today, global steel capacity remains well above production and demand.

McKinsey Global Institute, an American consulting firm, says the early years of the new millennium were a profitable period for steelmakers, largely driven by the surging Chinese economy. Now, with China’s growth slowing, a new reality has set in. Starting in 2014, growth in steel demand began to stall. Over capacity, estimated at more than 500 million metric tons worldwide and growing, fuelled by cheaper Chinese steel, enabled by state subsidies, has provoked a trade war that, between 2013 and 2015, led to a 31 per cent surge in output even when major economies were yet to return to pre-meltdown growth. It is said that China has turned the global steel industry upside down, pumping out more steel than there is world demand.

The turmoil has seen consolidation through mergers, acquisitions that left a handful of mega producers in charge. Whoever runs Ajaokuta, therefore, will need to be well-entrenched in the global market, have extensive supply chain networks and be ahead in innovation and technological tools, says Accenture. That is true.

Targeted privatisation therefore remains the best option where only the most successful multinationals will be shortlisted to bid for majority stake. The fraud-prone highest bidder route should be abandoned. Agusto & Co recommends using notional price and public offer to encourage public ownership and stimulate activities down the value chain while creating jobs in mining, manufacturing and construction as well as diversifying exports.

Dangerously, this latest gamble with Russia still leaves the ASC in state hands. The risks and responsibilities involved in resuscitating Ajaokuta Steel are better handled by private investors, leaving the government to provide incentives and public infrastructure support to ensure the country has a vibrant steel industry. Buhari and his team should have a rethink.

Oil slips toward $60 on demand worries, despite trade hopes