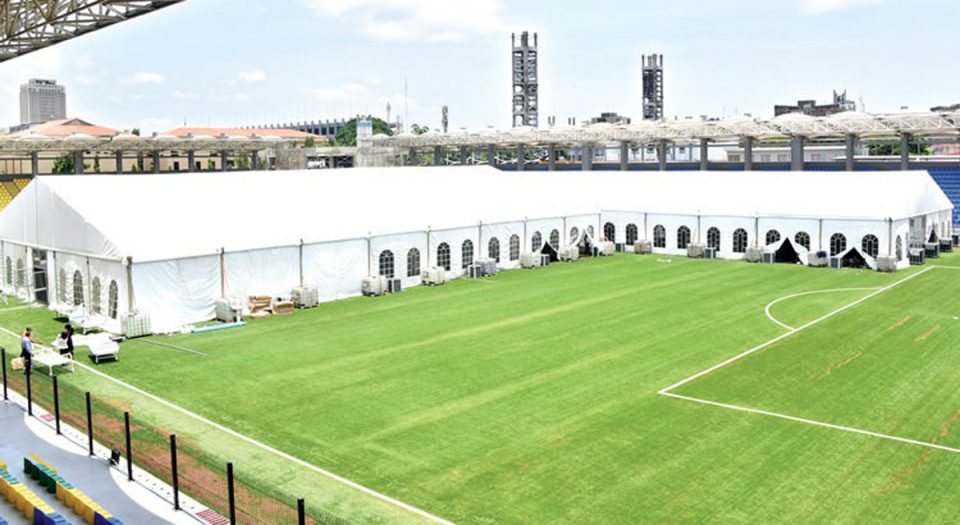 Despite the over N25bn in donations by individuals and corporate organisations to support the Federal Government’s effort to contain the COVID-19 pandemic, many Nigerian states are running low on bed spaces at isolation centres, PUNCH HealthWise can report.

The situation is gradually becoming dire, as the FG has hinted at converting hotels and school dormitories to isolation centres as the country’s COVID-19 cases increase, with the attendant strain on the treatment facilities.

According to the Nigeria Centre for Disease Control, the total number of confirmed COVID-19 cases as of Saturday, May 30, was 9,302, though the agency says active cases were 6,344, with 261 dead and 2,697 discharged so far.

However, the total number of bed spaces at isolation centres across the country as of Wednesday, May 27, according to the Minister of State for Health, Dr. Olorunnibe Mamora, was 5,324 beds.

Speaking during the Presidential Task Force on COVID-19 daily press briefing on Wednesday, in Abuja, Mamora had said, “At present, we have a total of 112 treatment and isolation centres in all the 36 states and FCT, with 5,324 beds.”

The minister also lamented that only five states and the Federal Capital Territory had met the prescribed 300 bed spaces for isolation and treatment.

“Only five states, including the FCT, have at least 300 beds as prescribed for isolation and treatment, while 21 states have less than 100 bed spaces.

“As the number of confirmed cases increases, there is an urgent need to expand our treatment centres across the country,” the minister said.

Mamora urged state governors and philanthropists to urgently take steps to facilitate an increase in the number of beds for isolation and treatment of confirmed COVID-19 cases in their states as Nigeria prepares to move into the next phase of the coronavirus response, including the easing of the lockdown.

PUNCH HealthWise findings showed that a financial statement from the Funds Department, Office of the Accountant General of the Federation, stated the grand total of donations to the Federal Government of Nigeria COVID-19 Eradication Supports Accounts from 1st to 30th of April, 2020 as N697,538,108.00.

It may be recalled that the Nigerian Private Sector Coalition Against COVID-19, an umbrella body of industrialists and corporate organisations led by billionaire Aliko Dangote, has been at the forefront of raising funds to support government efforts to combat the contagious viral disease.

According to reports, Dangote had donated N2bn, while top Nigerian industrialists such as Femi Otedola, Tony Elumelu, Folorunsho Alakija, Abdulsamad Rabiu, Jim Ovia, Oba Otudeko, Segun Agbaje and Herbert Wigwe each donated N1bn on behalf of themselves and their respective organisations.

It may be recalled that the Finance Minister, Zainab Ahmed, had stated that the private sector COVID-19 donations would only be spent after its appropriation through a supplementary budget by the National Assembly, in order to enhance transparency.

However, speaking with PUNCH HealthWise, President, Nigerian Medical Association, Dr. Francis Faduyile, said he had been reading about the donations to government by individuals and corporate organisations like any Nigerian, but he wasn’t aware of what the money has been used for.

Sanwo-Olu flags off construction of Regional Road in Eti-Osa