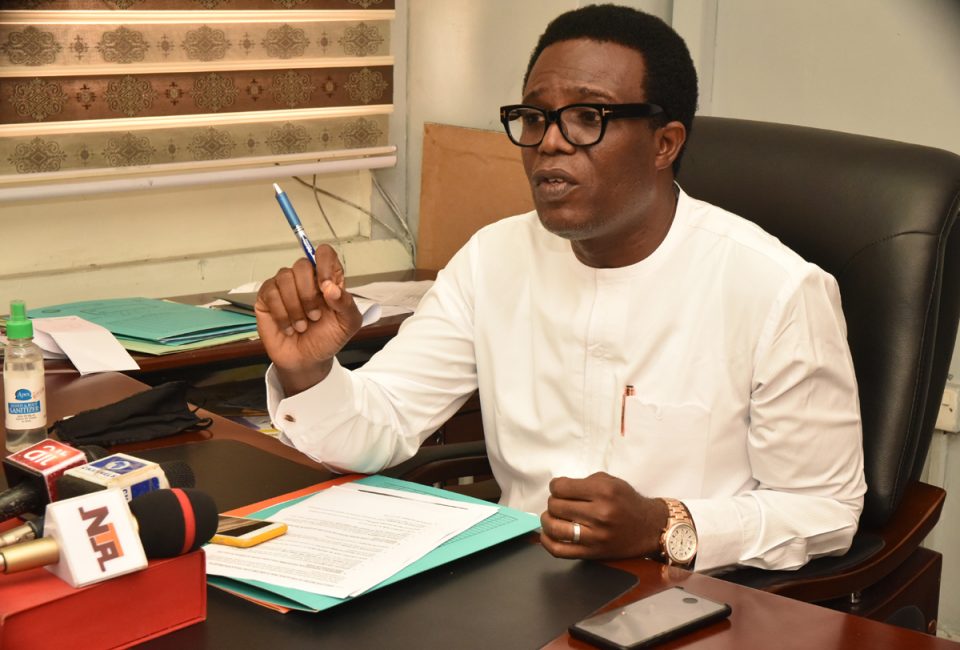 The Niger Delta Development Commission (NDDC) has expressed sadness over the death of its acting Executive Director of Finance and Administration, Chief Ibanga Etang.

Etang, until his death, was a member of the five-man Interim Management Committee (IMC) set up by President Muhammadu Buhari to help create an enabling environment for the forensic audit of NDDC finances.

The executive director died in the early hours of Thursday from complications rumoured on social media to be COVID-19.

But, Mr Charles Odili, NDDC Director of Corporate Affairs, in a statement in Port Harcourt on Saturday, said that Etang died from a yet-to-be ascertained illness.

“NDDC management wishes to announce the death of Chief Ibanga Etang, who died in the early hours of Thursday in Port Harcourt.

“This announcement is coming at this time because it was important to inform his family members first.

“However, the commission is not aware of the cause of his death as at the time of issuing this press statement,’’ Odili said.

He further debunked speculations linking the planned decontamination of NDDC headquarters to the death of Etang.

The NDDC management, in an internal memo on Thursday announced the shutdown of its operation for two weeks, to enable it to fumigate its office complex.

According to Odili, the temporal shutdown was precautionary and not related to the demise of its acting executive director.

“However, this action does not presuppose the cause of death of Etang.

“The idea behind it is purely precautionary.

“An autopsy report is being expected and when this is ready, it would be released with the consent of the family.

“Until the autopsy report is released from the commission’s stables, every story on this matter flies in the face of truth.

“The commission is miffed by these spurious and uncharitable colourations being championed by mischief makers on the occasion of the demise of Etang.’’

The commission’s spokesman said that NDDC management would not be deterred by people and groups, seeking to distract it from carrying out its core mandate of development.