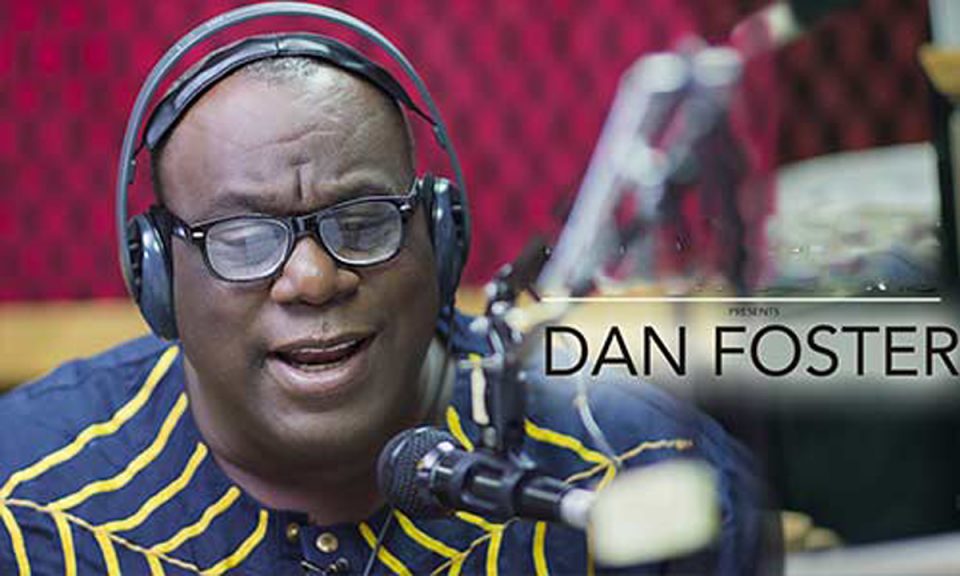 PUNCH Metro gathered that Foster, aka Big Dawg, died on Wednesday at a medical facility in Lagos, where he was receiving treatment for COVID-19.

His wife, Lovina, confirmed to Channels Television that he was tested for the COVID-19 and the result came back positive on Tuesday and he died on Wednesday afternoon.

Foster attended the Morgan State University, United States of America, where he studied Broadcasting and Drama.

He returned to Nigeria in 2000 and worked at different radio stations, including Cool FM, Inspiration FM and City FM, from where he joined Classic FM.

He was also on TV and worked as a judge on the Idols West Africa and Nigeria Got Talent.

City FM confirmed his death in a tweet on Wednesday.

“Dan Foster, you will be greatly missed. Your time at City was wonderful and we loved working with you. Our hearts go out to his family at this time, we pray that God comforts them. Rest In Peace, Legend! The broadcast media will never be the same without you. Broken heart,” the station tweeted.

There have also been an outpouring of emotions on the social media, as friends and colleagues of the deceased pay tributes to him.

Among them was a former host of the popular TV show, Who Wants to be a Millionaire, Frank Edoho, who said a friend confirmed the news to him.

“I just got off the phone, my friend Oscar confirmed that Dan Foster has passed on. This is a very very dark year. How can I overcome this unending melancholy? Rest in Peace, dear Friend,” Edoho tweeted.

A radio presenter, Do2dtun Energy, @iamDo2dtun, said Foster gave him the strength for his job.

“This is really painful,” he tweeted.

Comedian, Bovi, wrote, “When I moved to Lagos in November 2003, Dan Foster was one of the reasons I didn’t run back home to Delta State. I tuned into Cool FM one morning and Dan made me love radio. Rip Big Dawg! I’m sad you left. But I’m happy your mark remains forever!”