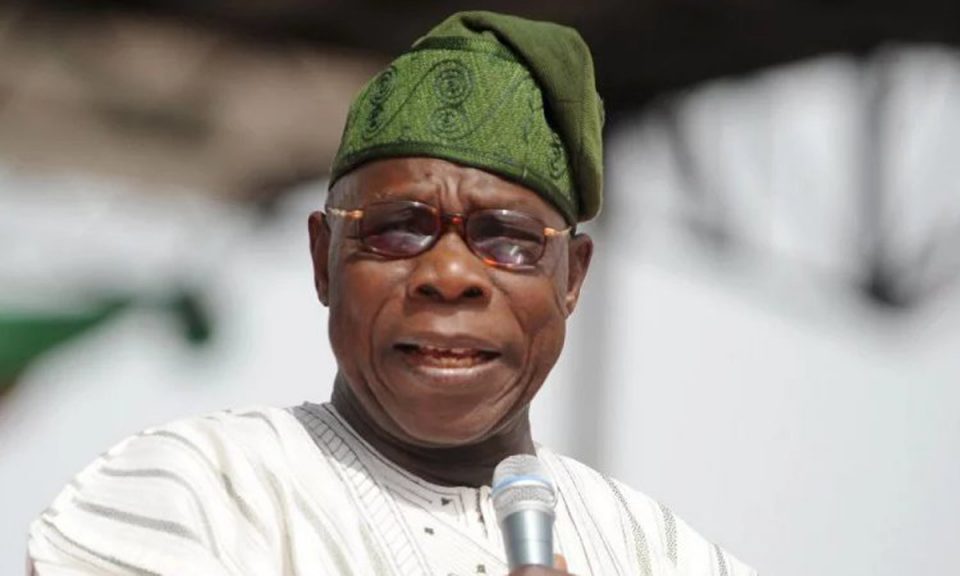 Former Pressdent Olusegun Obasanjo on Friday warned Nigerians not to mistake the lifting of restrictions on lockdown for the end of the fight against the COVID-19 pandemic.

Obasanjo gave the warning at the 2020 Annual Sobo Sowemimo Lecture held at the Abeokuta Club in Abeokuta on Friday.

The former president, who was the guest lecturer at the event, spoke on “COVID-19 and Nigeria Security Issues: The Way Forward”.

He described COVID-19 as a disease that Nigeria in particular and Africa in general was ill-prepared and poorly equipped for.

The elder statesman commended the federal and the state governments for the efforts and measures they had taken to deal seriously with the virus.

“The idea of leaving the states to deal with the issue mainly at their level on the principle of subsidiarity was a good one.

“It allowed each state with its limited resources and facilities to gear itself up and to issue instructions and regulations on restrictions based on the reality of the state,” he said.

Obasanjo, however, warned that while the federal and various state governments had relaxed the restrictions, Nigerians should not think that the nation had survived the pandemic.

“Although restrictions are being lifted, we are not out of the woods yet,” Obasanjo said.

He, therefore, stressed the need for continuous awareness and measures “to disabuse the minds of ordinary people who may still believe that COVID-19 is not real or that it is the disease of the rich”.

“They must be conscious of the fact that the disease has no social or economic limitation or barrier.

“It can afflict anybody no matter his or her age, gender, profession or trade, social or economic standing.

“We must not let down our guard because we may not have reached the peak yet.

“If the epicenter has moved from China in Asia to Europe to North America and now to Brazil in South America, Africa may or may not escape being an epicenter.

“And even then, we must be prepared for the possibility of a second wave,” he said.

The elder statesman counselled that the virus might not disappear from the surface of the earth, but that it could only be rendered weak and feeble and preventable with vaccine.

He further emphasised on six areas for quick attention for the sustainance of the nation in the post COVID -19 periods.

They are food availability and security, employment and job security, change in the pattern and style of living including travelling and innovation, science, technology, digitalisation and artificial intelligence.

Others are local content, raw materials and substitute as well as diversification of the economy and enhancement of export commodities.

“It is up to us to take these six areas very seriously.

“With good leadership and right policy and with the public and private sectors working together and the civil society joining hands, all the six areas can be taken care of and we can safely put the pandemic behind and move the country forward,” he said.

The former president also called for serious attention towards the country’s economic challenges, saying that “I see it as a matter of life and death for our country which must not be toyed with”.

“The causes are many but the solution is beyond the capacity of the government .

“Prompt action is required from all well-meaning Nigerians from across the board as we are all victims and hostages.

“We must not adopt position of mindlessness ‘do nothing’ and allow a few to wreck our present and our future.

“Together, we can have Nigeria of our dream and I believe that there are Nigerians in all walks of life, from all ethnic groups, religious groups, cultural groups, political groups and across age and gender who will work genuinely and sincerely for emergence of a new Nigeria.

“I mean a new Nigeria based on principles of democracy, equity, justice, mutual respect, egalitarianism, good governance, federal character, and extol merit and competence,” he said.

“Papering over the obvious cracks in Nigeria’s polity is not the answer, tearing up or seeking disintegration is also not the solution, remaining silent makes us accomplices and irresponsibly so.

“The solution lies in men and women imbued with courage, nationalism, patriotism, commitment, foresight and love in critical mass to spearhead the crusade for new Nigeria.

“Let us launch and promote such a crusade on the slogan, “Security Matters To All; No security, No Nigeria”.

“The time is now. Delay is postponing the evil day.

“Failure to act now will lead to more frustration, greater despair and larger mentality and feeling that may lead to action of break- it- all- up,” he said.

Breaking: Ambode hands over to Sanwo-Olu