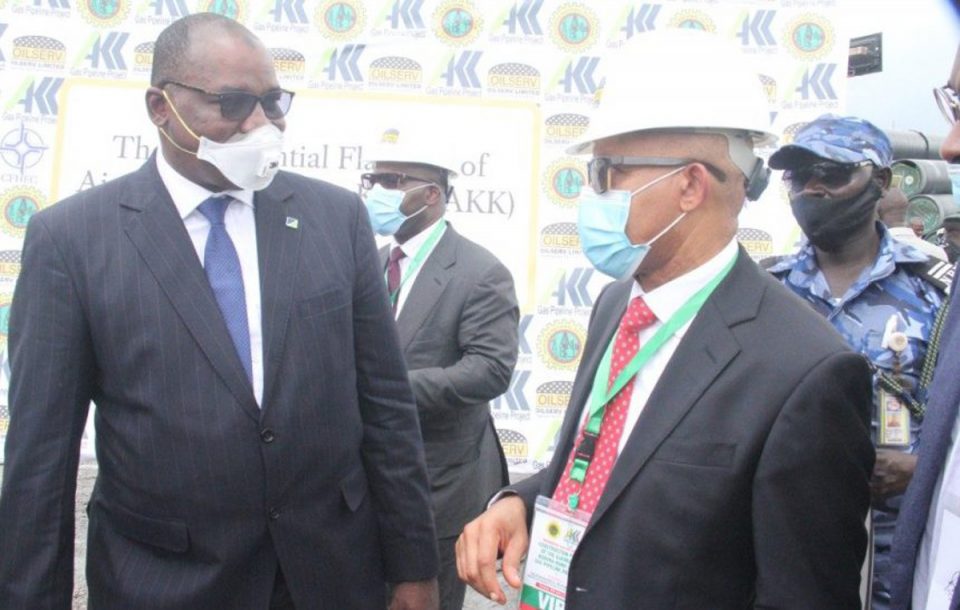 Okwuosa in an interview  in Ajaokuta said that the project,  worth 2.8 billion dollars, when concluded would bring about a lot of development in the country.

The  President Muhammadu Buhari on Tuesday virtually inaugurated the Ground Breaking Ceremony of the AKK gas pipeline project in Ajaokuta.

Oilserv, an indigenous Engineering, Procurement and Construction (EPC), Company won the contract to handle the project.

He said, “This project is commercially viable, the facility (Loan) being taken is made to be repaid  in 15 years but this project can pay itself in 10 years because this is a commercial venture.

“We have injected a Chinese partner to build the Chinese content requirement but the Oilserv is the primary EPC Company, our experience is what will help to drive the process a lot.

“We also have Oando in the consortium, Oando is Consortium partner, they are not an EPC company, we have worked together for a long time  in  other project where Oilserv is the EPC company.”

He said that the project was not the type that would require government support to be completed adding that every process in gas generated revenue.

“When you pipe this gas, you have gas flowing through. It goes to industries, power plants and there are tariffs to be paid even to transport this gas.

“If you understand the mechanism of this gas transportation, for every cubic meter of gas that passes by there is an amount that is paid.

“ In addition to that, the gas itself that passes by would have to be paid for to be used. So, this is a commercially viable project not the kind of a project that government has to support to survive,’’ Okwuosa said.

On challenges that could hinder the completion of the project he said that with the level of experience of the company it would be able to surmount any that might come along while executing the project.

Okwuosa named some of the challenges to include clearing of virgin forest, passing through rivers, breaking rocks and insecurity.

“I will not say I have fears. Every project comes with its challenges.

“We are very ready to deliver the project and on time,’’ he added.

“The project will create jobs for Nigerians, especially the host community and a robust programme has been created for communities that the pipeline will traverse.

“Oilserv is 100 per cent an indigenous company currently employing 600 people. With this AKK, probably we will go to 1500 to 2000 at the peak of the investment matrix.

He commended President Muhammadu Buhari for the opportunity to work on the project adding that it was a clear sign that government was ready to support indigenous companies.

The 2.8 billion dollars gas pipeline project is a 40-inch x 614km pipeline  that would originate from Ajaokuta, in Kogi and traverse Abuja (FCT), Niger, Kaduna and terminate at Kano.

It is expected to inject 2.2 billion standard cubic feet of gas per day to the domestic market.

Marketers say increment of PMS to N143 per litre expected