Consumers not at ease with petrol price,… 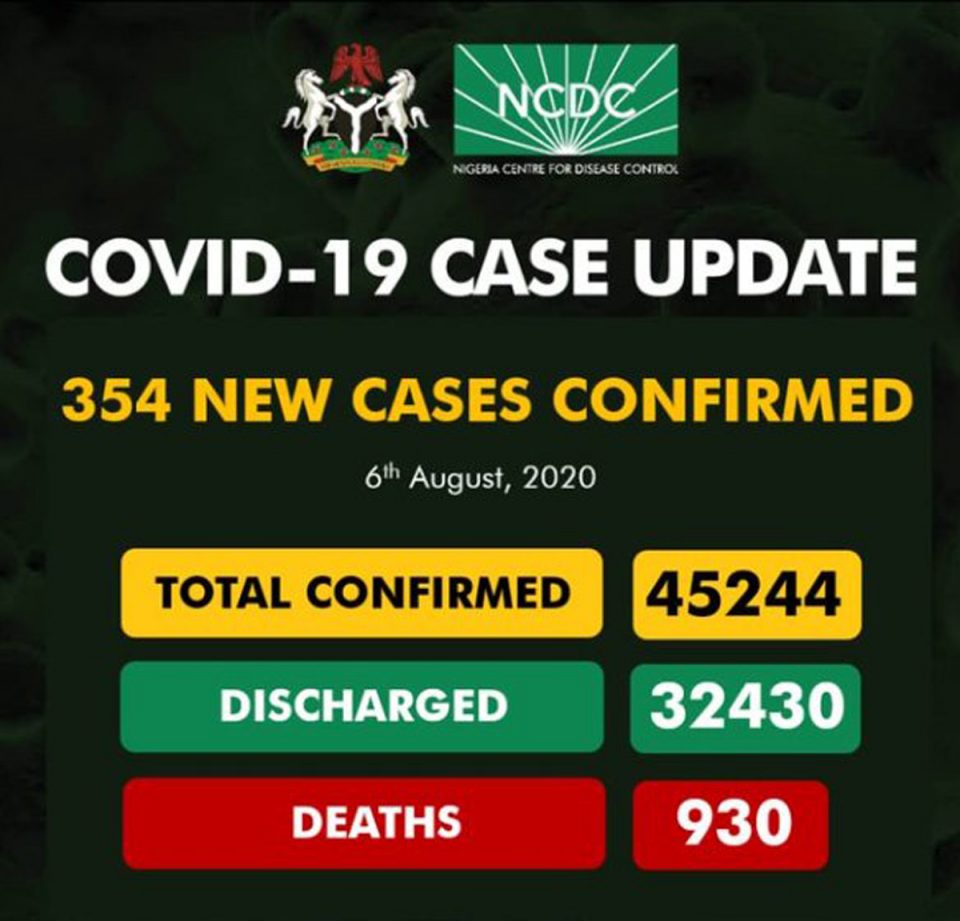 The Nigeria Centre for Disease Control (NCDC) has confirmed 354 new cases of COVID-19 in the country, bringing the total number of COVID-19 infections to 45,244.

The NCDC made this known on its official twitter handle on Thursday.

The health agency said that  three more persons had died from the disease.

According to NCDC, 45,244 cases had been confirmed, 32,430 cases discharged and 930 deaths had been recorded in 36 states and the Federal Capital Territory till date.

The NCDC said that a multi-sectoral national Emergency Operations Centre (EOC), activated at Level 3, had continued  to coordinate the national response activities in the country.

TBI Africa reports that NCDC had said that the public health response in the country was being strengthened to address the coronavirus.

Dr Chikwe Ihekweazu, Director General of NCDC, at the Presidential Taskforce (PTF) briefing on Thursday, said this was part of the focus of the just concluded National Council on Health meeting presided over by the Minister of Health and attended by state Health Commissioners.

Responding to a question on the ability of the NCDC to carry out effective contact tracing now that the virus was at the community transmission stage, Ihekweazu said:

“Yes, it is harder when we have community transmission but not impossible, it just means we have to deploy all resources collectively.

“At the moment, for instance, NCDC still has a team of about 40 people supporting Lagos State alone.

”That is because we recognise the size of the challenge. A third of all the cases in Nigeria is still reported in Lagos, even though, cases are declining over the last few weeks.

“Until we have a vaccine, there won’t be a point where we would say, ‘let’s relax.’ That is really out of the question.”

Effects of Greek bailout will extend beyond August – Merkel

AKK pipeline: We can deliver gas to Europe – Professor Bugaje

NDLEA rues influx of illicit tramadol into the country