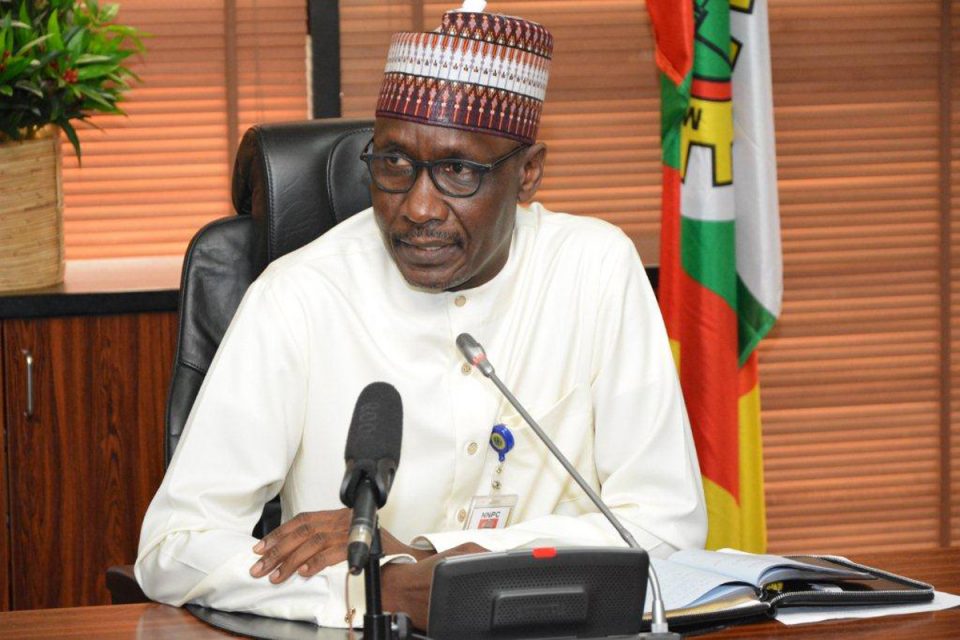 These are not the best of times for the oil industry all over the world. The situation has sent oil-dependent economies reeling. Nigeria isn’t immune to the crisis mainly occasioned by the coronavirus, COVID-19, pandemic.

It has been a period of mixed success for the oil industry in the country.

Accidentally, this is happening under the leadership of Mr. Mele Kyari, a man, who left no one in doubt about his desire to turnaround the fortunes of the industry. And he has proven that he is on a redemptive mission.

This meant that he wasn’t going to have a smooth ride, unlike his predecessors. The collapse in global crude oil price, litigation, sub-optimal and high production cost, collapsed refineries, failed capital projects and uncertainty in the oil-bearing communities posed grave threats to the industry at the time he came on board.

Aware of these limitations, he initiated a mechanism to surmount them and position the corporation on the path of growth. This came in the form of a strategic plan and automation.

In line with his pledge upon becoming the GMD, Kyari, a geologist, abolished the payment of oil subsidy, thereby saving the economy from what could have been a total collapse.

To survive the threats posed by coronavirus pandemic, Kyari introduced automation of NNPC’s operations. This was done to make them conform to global practices.

He had explained the move thus:” Today, we do 80-90 percent of our business through automation. This company is changing for the better and it will remain an entity that all Nigerians will be proud of. What we are doing differently about the refineries is to rehabilitate them and get them to be run, just like the NLNG model, where the NNPC will be a minority partner,

“Our long term goal is to be an integrated energy company that is commercially focused and wholly committed to deriving value for the benefit of its shareholders. The NNPC is leveraging technology and innovation to achieve the goal of building an energy company of global excellence. We call on stakeholders to collaborate with the corporation in an atmosphere that is beneficial to all and emplaces Nigeria on the path of growth and development.’’

To boost the revenue accruable to the corporation, Kyari had promised to increase the country’s production from 2.3 million barrels daily, to three million.

In addition, he is also working to actualise the Buhari administration’s objective of reviving and developing non-oil sectors.

Speaking in that regard recently, he said: “In order to achieve this objective, it means more money will be required from the oil and gas to fund new economic projects outside the oil and gas Industry.

“The NNPC is encouraging private investors to join the train that traverses the oil and gas value chain to create more value and job opportunities for the nation’s teeming youths. Nigeria is still a net importer of petroleum products due to the current state of NNPC refineries and the long absence of private investment in the refining sector. We are inviting investors to key into the revamp and expansion of domestic refining capacity in order to support the growth of the downstream sector and guaranty energy security for the nation. We are progressing with the establishment of condensate refineries to fast-track the domestic supply of petroleum products. In the same vein, the corporation would support the actualization of the 650Kbbl/day Dangote Refinery, as well as other private initiatives along this line. Our plan is for Nigeria to become a net exporter of petroleum products by 2023.”

President Muhammadu Buhari’s position on accountability in public service is not only being preached at the NNPC, it is also being practiced. Under Kyari’s watch, NNPC released its audited annual report for 2018. That was the first time in more than four decades. The record of 20 NNPC subsidiaries was captured in the report.

In sum, the report showed that N5.04 trillion was recorded by the companies with N1.01 trillion profit.

The nation’s search for hydrocarbons in other parts of the country yielded fruitful results under Kyari in October 2019. Specifically, hydrocarbons were found in Kolmani River Well 2, Bauchi, in the upper Benue Trough, Gongola Basin. President Buhari flagged -ff the drilling.

The well was drilled with “IKENGA RIG 101” to a total depth of 13,701feet encountering oil and gas on several levels.

That was followed by the signing of the Innovation Agreement with Nigerian Agip Oil Company ,NAOC, to formalise the transfer of OMLs 60, 61 and 63 to the Nigerian Petroleum Development Company ,NPDC.

He also launched the banners of the corporation’s downstream company, the NNPC Retail Limited, to position the company.

The actaulisation of the target of ensuring adequate quantity of domestic gas is being pursued aggressively. The plan is to increase the capacity from 1.1 billion standard cubic feet to 2.2. There is also the OB3 gas pipeline that would link the East and West.

Kyari is confident that commercialization of gas would mean exploring the nation’s huge gas reserves for economic growth.

Already, Ajaokuta, Kaduna Gas Pipeline Project,AKK, testifies to the commitment in that area.

According to NNPC, the AKK pipeline project will provide a channel for the upstream and midstream petroleum industry operators to deliver their natural gas output into the grid and create industrial evolution along the new pipeline corridors in the north.

Before now, members of the Organised Private Sector ,OPS, of the Nigerian economy, especially Manufacturers Association of Nigeria ,MAN, had called on the government to provide critical factors of production to drive investment.

The AKK pipeline when realised, will be a sustainable factor of production that would enhance the local operating environment for business in the country.

It is believed that the AKK pipeline holds the potential to feed power plants with adequate fuel energy to generate adequate electricity for homes and businesses.

In both ways, the AKK pipeline is going to enable the industrial sector of the economy optimize its potential for growth, job creation and contribution to gross domestic product ,GDP.

According to experts, the biggest value the AKK pipeline holds is the testament to government’s commitment to the Nigerian content policy.

Chairman of Oilserv Group, Mr. Emeka Okwuosa, whose firm is involved in the project, said the consortium led by his company is working in concert to provide best in class EPC services for NNPC and Nigeria in consonance with the company’s track record of delivering world-class pipeline construction even in most challenging terrains.

He explained: “Oilserv is a100 percent indigenous company currently employing more than 600 staff. With this new AKK development, it probably will go to between 1,500 and 2000 at the peak of the personnel matrix. “But the fact remains that we are ready. This is not the first project. We are commissioning the OB3 gas project which is slightly larger than this in terms of diameter. The OB3 is 48 inches in diameter. We have the experience, we have the personnel, we have the equipment and we are capable and would deliver this project.”

Interestingly, the NNPC under Kyari is also supporting the growth of other sectors. One of them is health where N21 billion was raised by stakeholders in the oil and gas sector to prosecute the war against COVID-19.

Of this amount, 53 percent was earmarked for the sector. The fund would be used for the construction of medical infrastructure across Nigeria’s six geopolitical zones.

The flag-off of the construction of 200-bed infectious diseases hospitals in Bayelsa, Borno and Katsina states are handy examples. Other medical equipment and logistic supports have been provided to 20 states and the Federal Capital Territory (FCT), while other states are scheduled to receive theirs.

According to Kyari, 14 medical centres and two Intensive Care Units ,ICUs, would be delivered across the federation as part of the initiative.

Recall that one of the tasks embarked upon by Kyari upon assumption of office was dispute resolution in the sector.

Among them was his intervention in the Oil Mining Lease (OML) 25 flow station after two years of stagnancy as a result of controversy between the host community/Belema Oil and Shell Petroleum Development Company ,SPDC.

When Kyari came on board, he reopened dialogue on the issue that had denied Nigeria 35,000 barrels daily.

Under his leadership, the Deep Offshore Act was passed into law.

An excited Kyari said this about what it portends for the oil industry.

“Nigeria as Africa’s leading exporter of LNG and the fourth in the world after Qatar, Australia and Malaysia, is ready to capture more LNG market with the Final Investment Decision of the NLNG Train 7.

“Oil and gas resources have remained the major source of revenue that has kept the wheels of Nigeria moving for over five decades. Oil, as we all know, has served as a key enabler to the economic transformation of many nations like Norway, Saudi Arabia, UAE, Qatar and many other oil resources dependent nations. It is not a new story that most resource-dependent nations rely on their dominant natural resource to drive other key economic initiatives and activities.

“This is true of Nigeria and many other countries represented at the conference.

The connection between the oil and gas industry and the Nigerian economy is intricate. Every aspect of the nation’s economic and social life revolves around the hydrocarbon resource.”

Industry experts are excited over what they described as the stability brought about by Kyari.

“I think he has a genuine interest in listening to stakeholders in order to move the industry forward. He also has brought an unparalleled level of transparency to bear in the affairs of NNPC. He has ensured industrial harmony and peace. The major area needing attention is dealing one way or the other with our moribund refineries”

Chairman and Chief Executive Officer of International Energy Services Limited, Mr. Diran Fawibe, also asserted that  the NNPC boos, has so far, separated the corporation from politics unlike in the past.