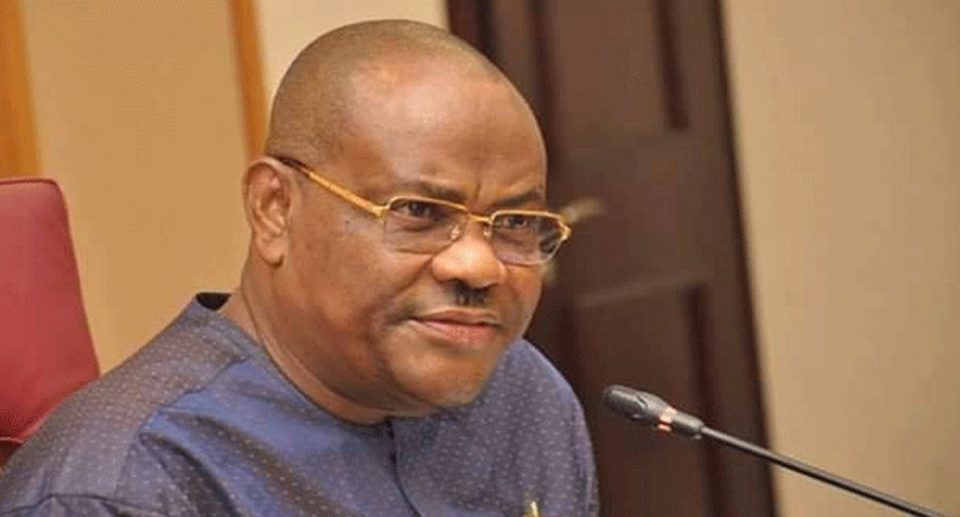 Governor Wike made the promise yesterday, when a delegation of the SCD Joint Venture Consortium of the Train 7 project, led by the Managing Director of NLNG, Tony Attah, paid him a courtesy visit at Government, House Port Harcourt.

The governor said the Train 7 project was critical to the economy of the country and the state.

He stated that God has blessed Rivers State with such natural resources and the people must also benefit from the abundant gas on their land.

Wike said: “I agree that Train 7 will create 12,000 jobs, but we do not want only 200 slots given to Rivers State. I want not less than 50 percent employment opportunities given to the state. The remaining slots can be shared among other Nigerians.

“We also do not want menial jobs for Rivers people. We have very competent people who can be engaged in executive positions. We are born to be leaders.

“It is our project now. So, you have to give our people employment and contracts. Local content should also reflect the interest of the host communities.

“We are reconstructing Aker Base Road and extending it to Saipem because we want to create a conducive environment for your activities.

“If we spend that kind of money, you also have to reciprocate by employing Rivers people”, he stated.

The governor blamed most security problems on companies who engage cultists to do surveillance jobs for them.

He urged the project coordinating companies to relate with the host communities and the state government to secure peace during the period the project would last.

“I don’t want to hear that you have orders that will make you ignore Rivers people. When you refuse to relate with the State Government and the communities, you create crisis.

“If you carry Rivers people along be rest assured that we will give you all the support.

“While I am Governor, this project will succeed because it will benefit us and also increase our internally generated revenue”, he stated.

The governor said a Special Assistant on Train 7 would be appointed to liaise with the project coordinating companies.

He said such interface would reduce friction, ensure that the right things are done and eliminate situations that would jeopardize the success of the project.

Leader of the delegation and Managing Director of NLNG, Tony Attah, said the contract for Train 7 was signed on May 13, 2020, to expand the existing Train 6 complex.

He explained that the project would create about 12, 000 jobs and boost the economy of the host communities and the State.

Mr. Attah commended Governor Wike for creating a conducive environment for a project like Train 7 to take off.

Also on the delegation were the Managing Director of Daewoo Nigeria Limited, Yeongsoep Jung, and the Acting Managing Director, Saipem, Paviani Walker, who pledged to incorporate local content in their operations.