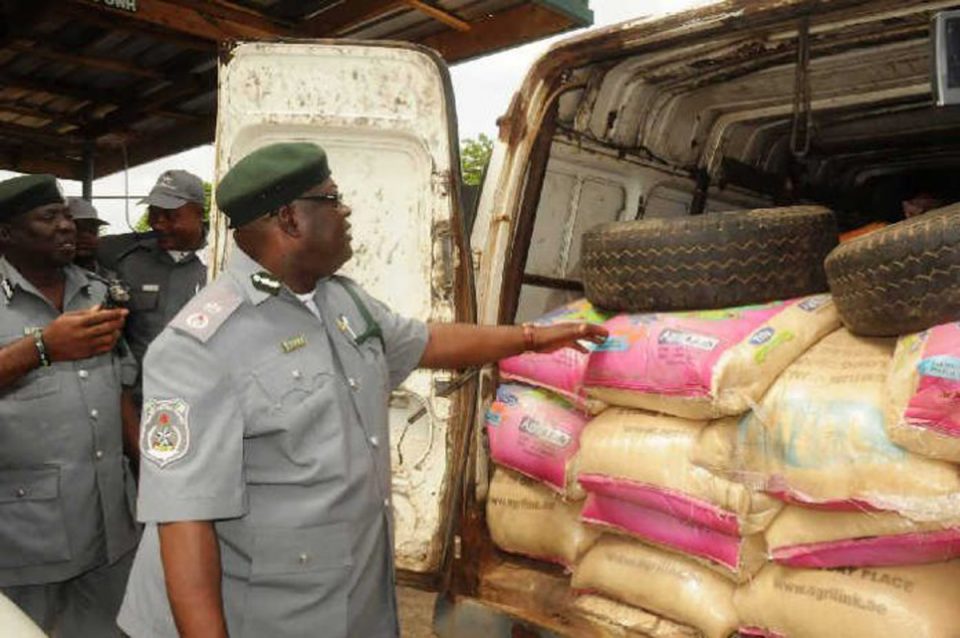 The Federal Operations Unit (FOU), Zone A of the Nigeria Customs Service (NCS), on Sunday announced a single seizure of contrabands with Duty Paid Value (DPV) of N10 billion.

The Customs Area Controller (CAC), Usman Yahaya in a statement in Lagos, said that the seizure made in one day was at Ido, Eruwa Road in Ibadan.

The statement was signed by the Public Relations Officer of the Unit, Peter Duniya.

According to him, the contraband comprise of 34 fairly used and new vehicles, laden with second hand clothes, Indian hemp and foreign parboiled rice.

“Some economic saboteurs met their waterloo when our operatives acting based on credible information made a single seizure at Ido, Eruwa Road, Ibadan of Oyo State.

“The contrabands include 34 different brands of both new and used vehicles laden with banned items such as second hand clothes, foreign parboiled rice and Indian hemp

“Though there were stiff resistance from the smugglers who engaged the support of hoodlums, but the Customs operatives displayed high level of professionalism and restraint to secure the contraband to the Customs warehouse in Lagos without casualties,” he said.

He, however, warned smugglers to desist from engaging in economic activities that sabotaged the government policies of making Nigeria self sufficient in food production.

“We appreciate the support and the cooperation of patriotic members of the public in carrying out our mandate by providing timely and useful information.

“However, recalcitrant economic saboteurs should note that, they will continue to count their losses because we are better mobilised, organised and backed by the extant laws to be always ahead of them,” he said.