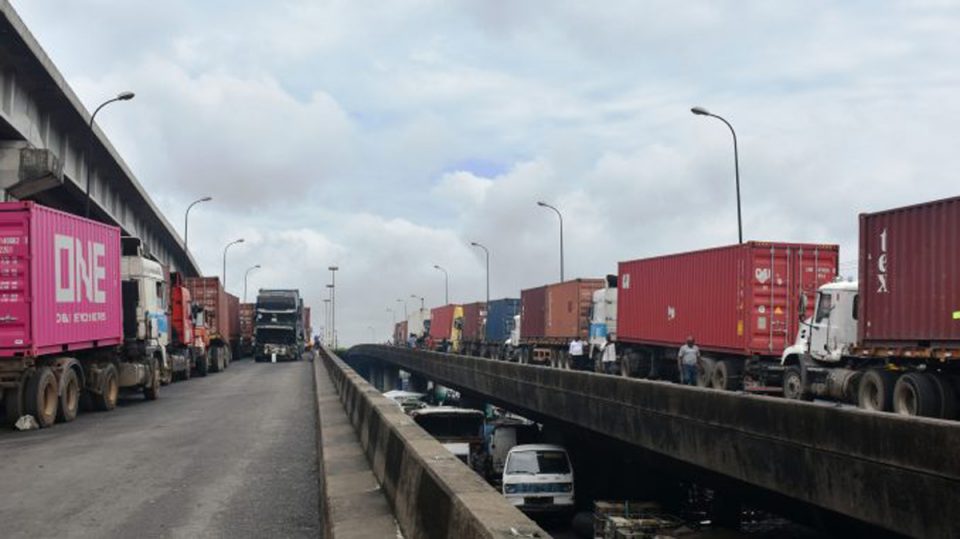 The Federal Controller of Works in Lagos, Mr Olukayode Popoola, has said that consultations and collaborations are ongoing to restrain trucks from the Alaka Bridge in the state.

The controller had on Aug. 13 announced that articulated vehicles would be barred from using the Mainland-bound carriageway of the Alaka Bridge after the completion of repairs of its lone expansion joint.

Popoola said on Tuesday in Lagos that fabrication of the barrier was ongoing alongside consultations and collaborations with various stakeholders on effective restriction.

He said that both Lagos State Government and truck unions had been notified on collaboration toward the restriction to ensure reduction on axle load on the bridge.

“In addition to other measures, we are going to provide adequate warning signs for articulated vehicles to know where they are going to ramp down to go and link Costain, and for us to warn them not to run into the gantry.

“We will tell all the transport unions. The Lagos State Commissioner for Transportation is aware of this, the Special Adviser to the Governor on Works and Infrastructure is also aware of this,’’ he said.

On work done on the bridge over the weekend, Popoola said that the lone expansion joint slowing down traffic on the Mainland-cound carriageway had been replaced.

“We completed the repair on Sunday morning; the only thing remaining is the gantry, and we have to first of all cast the base for it, allow it to cure before we mount it.

“That is the only outstanding job remaining for the replacement of one expansion joint that we carried out on Alaka Bridge.

“We want to cast the base this week before we mount it, I am sure that before the end of the month, it will be done.

“Once we finish the fabrication, we will make announcements for truck owners to be aware that they have to divert,’’ he said

FG has lost will, capacity to tackle insecurity — Unity Schools