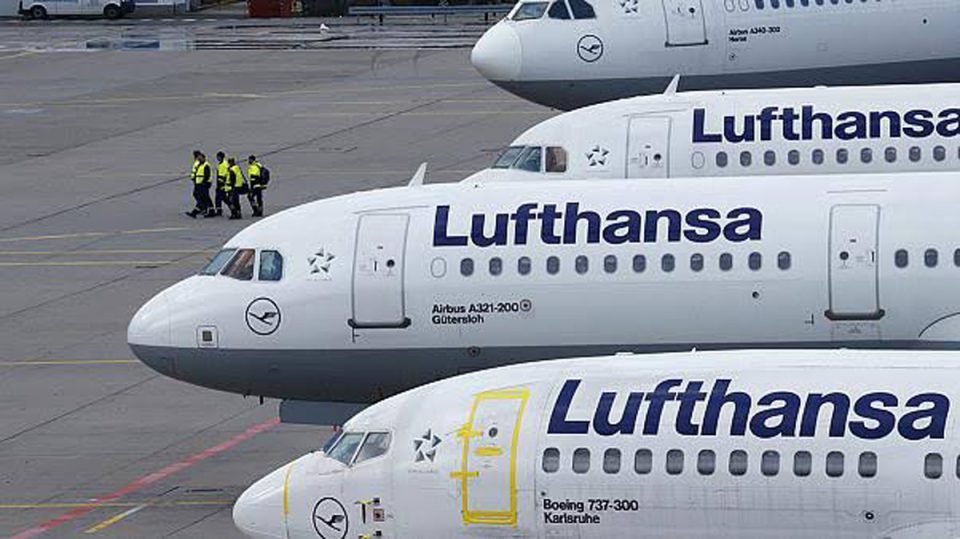 Lufthansa announced further cuts to its fleet and workforce on Monday along with a 1.1 billion euro ($1.3 billion) impairment on idled aircraft as Europe’s worsening coronavirus situation spread gloom across the airline sector.

The German airline group, hit hard by its reliance on Asian and other long-haul routes as well as stalled business travel, said it now expects to operate at only 20-30% of capacity in the fourth quarter.

“The outlook for international air traffic has significantly worsened in recent weeks,” it said.

Lufthansa now plans to reduce its fleet by 150 aircraft – 50 more than previously planned – and cut more jobs than the 22,000 full-time equivalent positions already identified as surplus.

The beginnings of a summer rebound proved short-lived in Europe, as resurgent COVID-19 infection rates in Spain, France and elsewhere prompted new travel curbs and quarantines, which have been criticised by airlines as a disproportionate travel deterrent.

The replacement of quarantines with pre-flight virus tests is “an essential prerequisite” to a recovery, Lufthansa said.

Its shares were down 9.5 percent at 7.79 euros at 1605 GMT, the second-biggest decline in a sharply lower European sector in which British Airways owner IAG’s shares slid by 12%.

Lufthansa, which also owns Austrian Airlines and Eurowings, said it would transfer its eight remaining Airbus A380 superjumbos and 10 A340 jets to long-term storage.

Aircraft valuation specialist IBA predicted on Monday that more than 1,000 aircraft could be returned to lessors next year and Airbus CEO Guillaume Faury last week warned staff that compulsory layoffs are likely.

Lufthansa, which had previously hoped to limit compulsory redundancies by reducing pay and hours, on Monday said it would now talk to unions about deeper cuts as it aims to reduce monthly cash burn to 400 million euros from 500 million.

“It’s clear to everyone that Lufthansa can’t go on without cuts,” said Mira Neumaier, a spokeswoman for the Verdi union, adding that “job cuts alone will not save the company”.

By early 2021 management positions will be cut by 20% and administrative office space in Germany by 30%, Lufthansa said.

The need for organisations to take good corporate governance seriously to prevent espionage has been emphasized.

This comes as experts that corporate espionage had risen to an epidemic level leading to yearly organisational loss of about $1 trillion to espionages due to bad corporate governance.

They argued that corporate espionage and non-disclosures could be in the form of threat to trade secret, threat of technology, research materials, or information that a company could be blackmailed with and customer databases, among others.

Olatunji spoke on the theme: “The Biggest Ethical Issues Facing Businesses: The Role of Governance.”

He said good governance is at the very heart of every success in business, as it was no longer a strategy or culture but the minimum requirement for sustainability, especially when talking about the future of the business.

In today’s business environment, Olatunji said shareholders and stakeholders were all clamouring for good governance with high expectations that companies should be run in accordance with best practices globally.

In building a culture of ethics in organisations, he said there must be stakeholders’ approach to corporate governance, and the issue of good corporate citizenship.

He noted that the likeliest threat of espionage comes from within the organisation, adding that it could come from disgruntled employees giving away or selling trade secrets, sensitive information being overheard at a convention or trade show, an employee leaving to work for a competitor and bringing information with them and cyber spying.

He said threats of espionage could also come from illicit activities like theft of trade secrets, bribery, blackmail, technology surveillance and sabotage of a corporation.

He advised organisations about releasing sensitive information especially in their annual reports, noting that it would be used against them as industry espionage.

He linked the usual targets of industrial espionage to trade secret and unprotected information about existing clients’ information.

Speaking on how to detect and prevent corporate espionage, Olatunji said: “Every organisation needs to conduct a security audit of their premises, identify areas where organisations are vulnerable to hackers, like those cleaners, IT students, and those who just came to offer manual services.

“Organisations should review the processes they have for new employees to know what information they share with them, restrict them to certain data since they are still new, and train employees all the time.

“Organisations should maintain a clean desk policy, able to identify sensitive information and conduct risk assessment all the time.”

He maintained that ignorance in some organisations made them vulnerable to unethical issues, and urged them to have code of ethics for the board, and employees’ ethics where corporate espionage is going to be expressly stated.

He added that code of ethics should start from the board, as some large boards do not have code of ethics, “and very unfortunate because for the last 50 years, the major crash of various boards is unethical actions of the board members.”

He said most countries are moving from legalistic approach to principle-base and societal responsible approach to governance.

Insecurity: Senate calls for overhaul of Nigeria’s security infrastructure, others

Use your work to hold NNPC accountable, Kyari tasks NGE