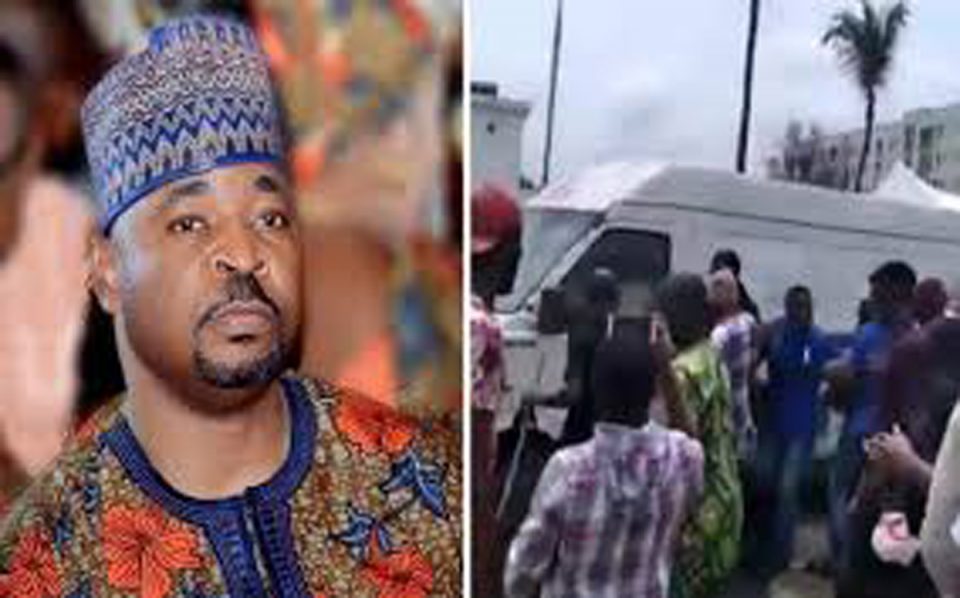 A mild drama played out on Friday at the Alausa #EndSARS venue when a vehicle went to deliver the food and drinks donated by the Chairman of the National Union of the Road Transport Workers (NURTW) Lagos State Council, Alhaji Musiliu Akinsanya (aka MC Oluomo).

The protesters collected the food packs only to return them after some of them raised an alarm that the donor did not support their agitation.

Others quickly rallied round those who brought the food packs, saying the allegation against MC Oluomo was meant to blackmail him.

According to them, MC Oluomo did not sponsor the Thursday attack on the protesters as some posted on Twitter.

So, they collected the food packs and distributed to the protesters.

The team left Alausa venue for the Lekki #EndSARS to distribute to the protesters.

Akinsanya, who had earlier denied sponsoring hoodlums to attack the #EndSARS protesters at Alausa, said the gesture was part of his contribution to the agitation.

“The essence of the agitation is to ensure better welfare for our police officers and security of lives and property of the citizens,” he said.

He urged the people to discard the allegation, noting that he, like the Lagos State Government, is supporting the protesters’ move to reform the police force.