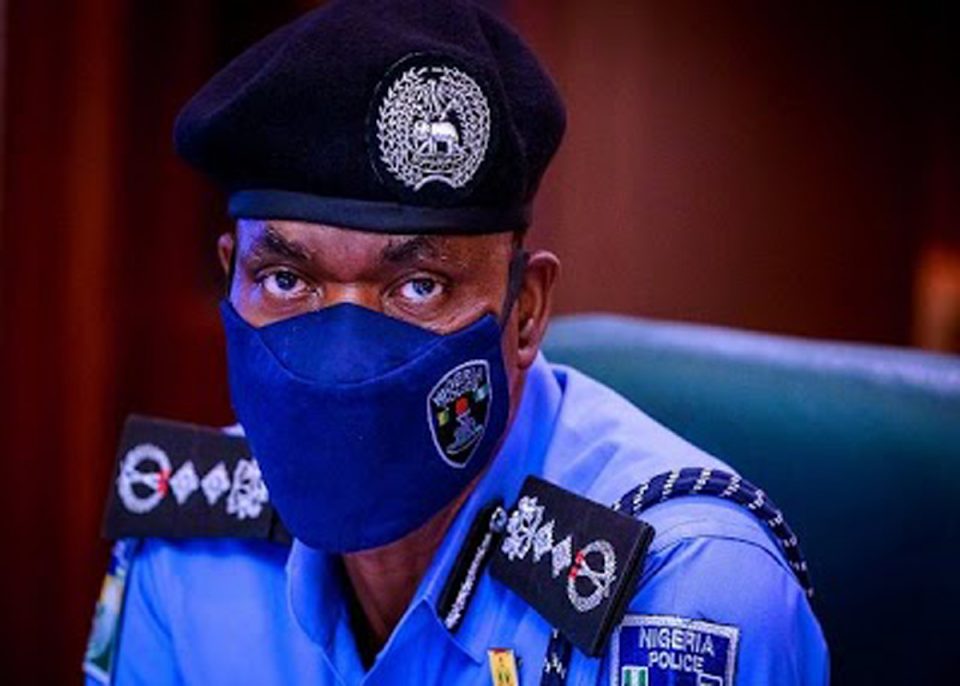 Despite the Nigeria Police Force budgeting over N2.8bn between 2015 and 2020 for local and international training for its personnel, including the recently dissolved Special Anti-Robbery Squad, there is a growing concern among many Nigerians that policemen in the country are poorly trained.

This concern has been part of the issues raised by the #EndSARS protesters, who have for days been staging demonstrations across the country.

The protesters, whose actions compelled the Inspector-General of Police, Mohammed Adamu, to dissolve SARS on October 11, alleged that the manner SARS personnel violated people’s rights and subjected people, especially the youth, to harassment and brutality showed that the training of policemen in the country was faulty.

Meanwhile, documents on the website of the Budget Office of the Federation revealed that the amount budgeted by the police for local and international training of personnel in 2015, 2018, 2019 and 2020 totalled N2,833,674,510.

The training expenditure for 2016 and 2017 were not reflected in the documents on the website, but in 2015, the police budgeted N489,210,100 for local and international training of personnel, including the cost of transportation.

Reacting to some of the atrocities committed by the disbanded SARS officials, a retired Assistant Inspector-General of Police, Austin Iwar, told Sunday PUNCH in an interview that “very few officers in the Nigeria Police are properly trained. If you don’t train an officer well, you can’t expect the best from him. What you give is what you get,” he said.

Iwar added, “Successive Nigerian governments have given the police what you are seeing today and it is not just the police but also other government institutions. But because of the prominence of the police and the fact that they are closer to the people, they impact more on daily life; they are the most visible organ of government. That is why you are seeing what is happening.”

Despite the budgeted sum, some divisional police officers and heads of units in the Force told Sunday PUNCH on condition of anonymity that despite of the huge sums budgeted, inadequate training capacity, poor welfare and equipment were some of the factors responsible for the gross professional misconduct by SARS men and some other cops.

They lamented that the training received by their personnel was defective and often not available to all the personnel.

A Divisional Police Officer in Ogun State told Sunday PUNCH that as a result of poor funding, two policemen were usually selected in each police division across the country for in-service training, noting that upon return, the trainees were expected to impart the knowledge to their colleagues.

He said, “They go for training every three or six months. They go for weapon handling among others. The Force headquarters may choose two policemen from each division for the training. Those two would impart the knowledge to others when they return to their stations. You can guess the effectiveness of that.

“The reason usually given for this is inadequate funding and it’s no longer strange.”

Also, a DPO in the Kano State Command stressed that apart from the fact that the training was not regular, the beneficiaries could sometimes view it as punishment.

He said, “We know what other public servants enjoy when they go for training, but in our case, the accommodation at the training centre is poor and there is no allowance. You take care of your own feeding and other things.

“If it is promotion training for rank and file, it is done at police colleges and it’s not under the best of conditions.

“But for other training, the number of policemen selected from each division depends on the signal from the command. They often tie the lapses to funding. So, we often see the yearly budget you mentioned, but that is not our reality.

Other DPOs and heads of units who spoke to our correspondents said there was supposed to be training at intervals for personnel but the situation on ground contrasted that.

We get only N40,000 every quarter for operations, DPOs lament

Meanwhile, our correspondents also gathered that police divisions are supposed to be receiving money for operational expenses monthly from the Force headquarters through the demands but the money is small and is irregular.

A DPO in Delta State said, “The money is not regular, and when it is paid, it is just N30,000 per quarter. That means N30,000 for three months. How can we effectively run the station and operations with such amount?

“We have to fuel our patrol vehicles, for those who have functional patrol vehicles, pay utility bills and buy stationery. The implication is that we have to go the extra mile to meet these needs because those who underfund you won’t accept excuses from you.”

A DPO in a North-Central State also confirmed that they receive an average of N30,000 in three months and that sometimes the money could come once or twice in a year.

He added, “Payment of running cost by the Force headquarters is not regular. It is about N30,000 and is paid twice or once in a year. Since I became a DPO over a year ago, I have collected it once. “

Also, a DPO in the Lagos State Command told one of our correspondents, “The Force headquarters gives each police division across the country N30,000 to N40,000 quarterly as running cost.

“That money is meant for fuelling and maintenance of patrol vehicles, procurement of stationery, payment of electricity bills, among others. It is obvious  that such amount cannot be enough for all these costs. So how do you expect the division to finance the deficit, especially in states where the state governments do not support with funding? Lagos and Oyo state governments for instance pay each division N100,000 monthly but Ogun State Government does not.”

The officer noted that the problems in the Force were so enormous that the government needed to carry out holistic reforms beyond replacing SARS with the Special Weapons and Tactics Team.

He said, “For example, an Assistant Superintendent of Police with two stars and a lieutenant in the Nigerian Army are of equal ranks but could you believe that upon retirement, the ASP would get about N2.5m as gratuity while the lieutenant would collect between N8m and N9m. That is why most policemen, including SARS men toe illegal part to make money so that they would be able to fix some things before retirement.

“A constable earns N48,000 per month. How can he cope if he has a family? That is part of the reasons many of our people misbehave.

“Imagine a retired commissioner of police earning a pension of N70,000 per month. A Chief Superintendent of Police collects N30,000 pension monthly. It’s as bad as that. What can they do with such ridiculous amount? Yet, policing work is strenuous in Nigeria. In European countries, a policeman can work for five days and go on break and they are well paid. Here, we work round the clock.”

Further lamenting police welfare in the country, the head of a tactical unit in the Federal Capital Territory Command, Abuja, said policemen were practically left to sort out things that ought to be addressed by the authorities.

“The problem is even beyond the Inspector-General of Police. The government is not ready to take police welfare seriously. What contributes to our plight is because we don’t have a union that will fight for us.

“If a policeman is transferred from Lagos to Maiduguri in Borno State, he will have to sort out things by himself. Nobody will pay for his transport let alone make arrangement for his accommodation when he gets there,” the officer stated.

An Assistant Commissioner of Police in a South-Eastern state said one of the basic issues facing the Force was a perception that the work belonged to the people on the lowest rung of social ladder.

He added, “Those being recruited into the Force are part of the society. Some of them have high expectations and they are joining the Force in search of money.”

A senior officer in Kwara State Police Command also said government was paying lip service to effective policing in Nigeria, noting that government’s inactions were indirectly responsible for the atrocities committed by the defunct SARS operatives.

He said, “Let’s start from accommodation. Our barracks is a glorified slum. Our officers’ mess is nothing to write home about. You cannot sleep there. If a policeman is transferred to another state, he has to look for a relation or any generous person to stay with pending the time he would be able to raise money to rent an apartment. Policemen, including SARS need money to buy fuel to run their patrol vehicles and augment their poor salary.

“Have you even seen Air Force officers in rickety patrol vehicles? As a division, I didn’t even have a patrol vehicle. I had to beg some rich individuals who got one for us and it’s not even enough because our division covers a large area.”

He added, “What we do is to partner with commercial motorcyclists otherwise called okada riders who take us on patrol. What you give is what you get. Police are underfunded. We run police stations by ourselves. Even common uniform, you may not get one for five years after the one given to you at the police college.”

He said what was being regarded as life insurance in the police was N500,000 paid to the family of a rank and file policeman who died on duty.

“Many of us are demoralised,” the officer said. “And when you retire, they expect you to go and die because what you get as pension cannot sustain you. Imagine an inspector who retired after 35 years getting N1.2m and collecting N15,000 every month. That is why some policemen do unpleasant things to raise money, even if it’s to build a small house before retirement.”

When reminded that the challenges should not be enough to harass people and brutalise them, the officer said, “The truth is that it is rare for anyone to be subjected to the kind of conditions under which policemen work and the person won’t misbehave.”

The officer pointed out that both the police authorities and the government were to blame for the rot in policing in Nigeria.

He added, “No IG will be bold enough to tell the President these problems. If you are under any pressure as a DPO, you have to use your discretion to solve the problem. You can’t complain so that they won’t remove you. If a crime happens in your area as a DPO, your boss does not care whether you have a patrol van or not. You just have to handle the situation regardless of how you get it done.”