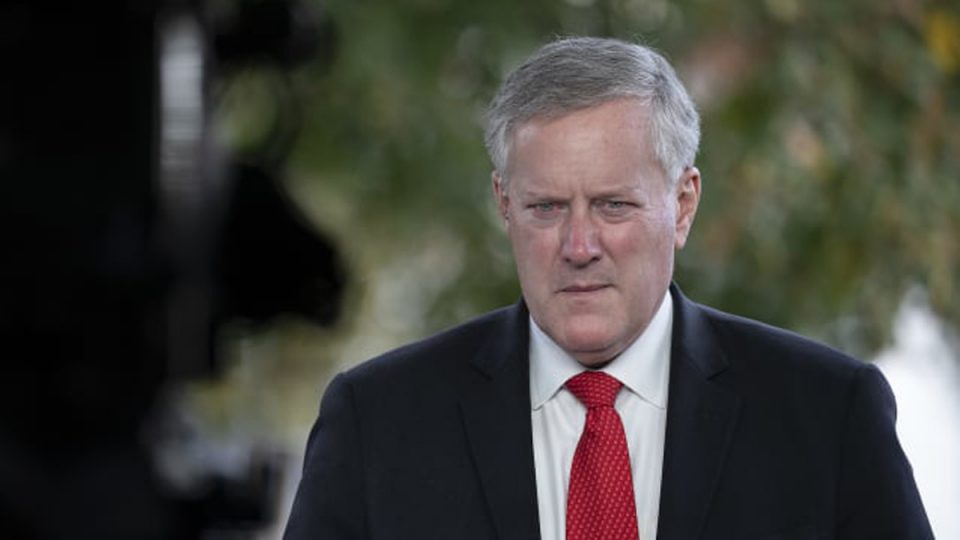 Despite strenuous efforts by Trump to discredit the election and challenge the outcome in court, there are indications that the new White House Chief of Staff, Mark Meadows, will helm the White House panel, required by law, to begin planning for a possible transition of power to a new Democratic administration.

A memo to House and Senate committee leaders from a representative in the General Services Administration was the first public acknowledgment by any administration official that the White House was fully complying with legal deadlines, only recently established, to ensure a smooth transfer of power in the executive branch.

The panel will also include Office of Management and Budget Director Russel Vought, White House counsel Pat Cipollone, and other West Wing officials. There will also be a “transition representative for each eligible candidate” – this is likely to be former Vice President Joe Biden, the apparent Democratic presidential nominee.

Besides, the White House is said to have told government agencies to start preparing for the transition as democrats worry the president won’t cooperate with a handover should one become necessary.

Russell Vought, acting director of the White House’s Office of Management and Budget, issued a memo on Monday ordering 20 different agencies to appoint a transition director by Friday, in accordance with the Presidential Transition Act.

The 17-page memo also outlines the responsibilities of the group, including ensuring a ‘strategy for addressing interagency challenges and responsibilities’ around the transitions, coordinate the activities between the outgoing administration and the incoming one and prepare career government staff to backfill certain roles during the transition.

Congress has appropriated $9.62 million for transition activities this year.

Federal law requires the government to be prepared to change power should an incumbent president lose election. In 2012, then-President Barack Obama prepared to hand over the White House if Mitt Romney won that November – a scenario that did not come to pass.

Biden, who comes into the process with the advantage of having served as vice president, has gotten started too.

Former 2016 Trump transition team leader Chris Christie revealed that the Biden administration transition team has already been in contact with the Trump White House to begin the transfer of power.

During an appearance on ABC’s election coverage, Christie was asked by anchor George Stephanopoulos about his experience as the incoming Trump administration’s lead transition official in 2016.

He said: “They already have. The laws require that. Ted Kaufman is running his transition. He’s already been talking to Chris Liddell in the White House,” Christie divulged, referring to Biden’s longtime adviser and the Trump White House deputy chief of staff.

“I think what you’ll see now with the transition is they have to get landing teams in every department as well,” he added. “The thing we recommended to Trump in 2016 was, decide who your chief of staff is going to be, get your senior White House people in place, and then have them be part of the decision making process of how you put a cabinet together.”

Buhari to Biden: Nigeria looks forward to greater cooperation with the US

South-East has right to develop along other regions-Osinbajo