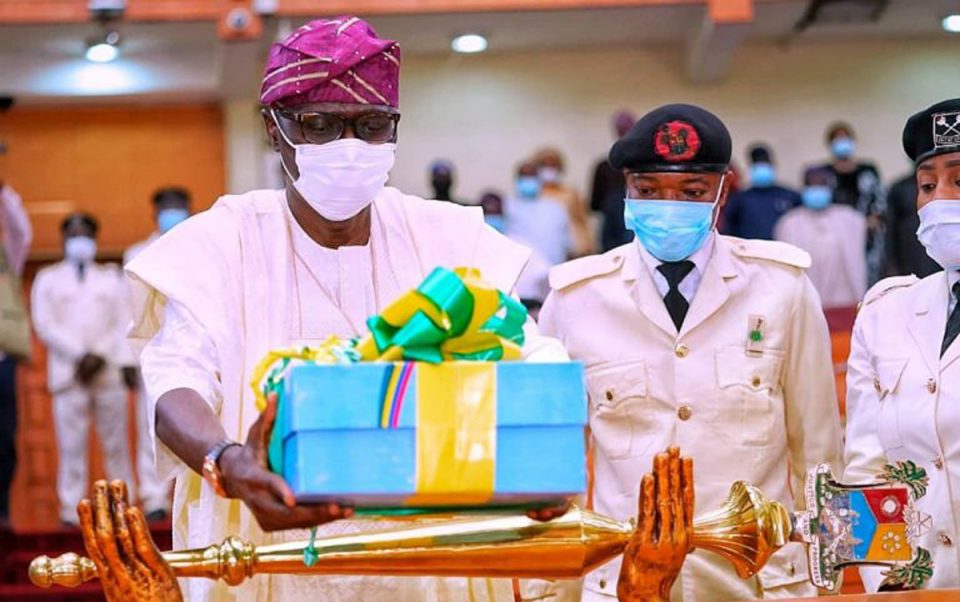 Lagos State Governor, Babajide Sanwo-Olu, on Tuesday presented the 2021 budget appropriation of N1.155 trillion at the Lagos House of Assembly.

Presenting the appropriation,  christened “Budget of Rekindled Hope´´, Sanwo-Olu said that it reflected the state’s determination to rise above the challenges that had affected its development indices in the last 10 months.

Also, the Public Order and Safety allocation is N32.76 billion, while the Economic Affairs Sector has a proposed allocation of N381.86 billion.

The Environment Sector has an allocation of N50.93 billion, comprising of Drainage N11.94 billion and Other Environmental Services N39 billion.

The governor said that the “Budget of Rekindled Hope´´ demonstrated government´s willingness to overcome all obstacles and deliver all electoral promises to Lagosians.

He said that the coronavirus pandemic and EndSARS protests had only heightened the need to urgently implement the various programmes under the THEMES agenda.

According to him, the 2021 budget will, among other things, provide for youth employment by focusing on sectors with job creating potential like agriculture, construction, technology and security.

“We are set to improve the economic conditions and social safety needed for our youth and all hardworking Lagosians to flourish. We are committing resources to sectors that need to grow for our people to become self-reliant and economically empowered.

“This will cover direct intervention through the Ministries of Works and Infrastructure, Water front, Transportation, the Judiciary, our Schools and Seed Capital of N15billion for The Rebuild Lagos Trust Fund.

“In line with our urgent need to light up Lagos we will begin a set of initiatives in the energy sector to ensure the Lagos economy is supported by power, one community at a time. To this we have committed a total of N32.58billion in the 2021 budget,´´ Sanwo-Olu said.

He said that the 2021 Appropriation Bill also aligned to the restoration of economic balance as the state navigated its way out of the negative impact of both the pandemic and the destruction of public assets following the EndSARS protest hijack.

The Speaker, Lagos State House of Assembly, Mudashiru Obasa, said that the Assembly would meticulously perform its constitutional duty on the budget