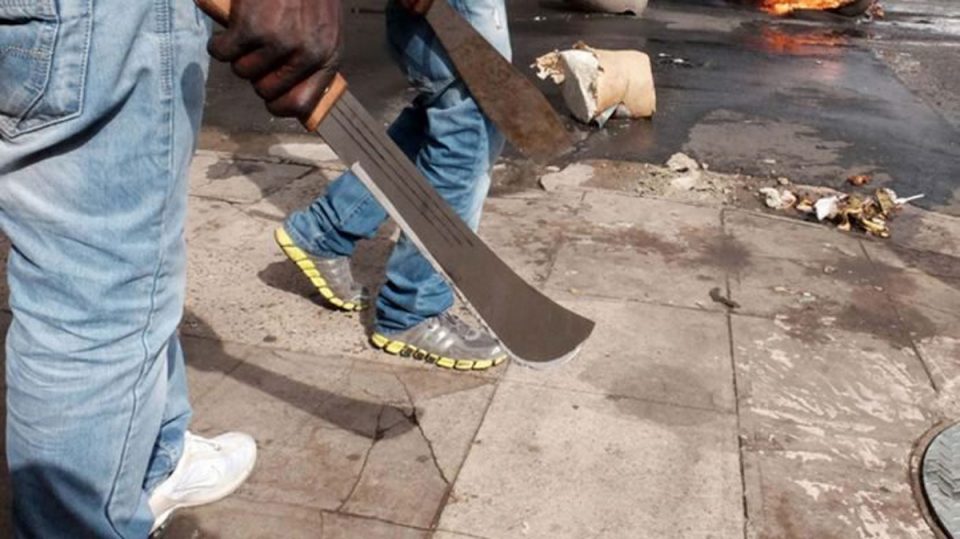 Residents of communities in Ajah, along Lekki-Epe Expressway, Lagos, say they are not at ease over the incessant cult killings and robberies in their neighbourhoods.

They lamented that the incidents have become almost a daily occurrence with unsuspecting passersby falling victim to the attacks.

On Thursday, November 12, some gunmen attacked a bullion van in broad daylight near Blenco Supermarket, Ajah and reportedly carted away a huge sum of money. An okada rider (commercial motorcyclist) was said to have been killed by stray bullets during the attack.

A resident of Abraham Adesanya, Lukman Adeniyi, told our correspondent that rival cult members had been engaging in bloody clashes for over two weeks, using the violence as an opportunity to rob people.

He said, “They have been killing one another for over two weeks now. In the course of the clashes, they rob passersby scampering to safety. They snatch people’s bags and phones. They struck in Ilaje and Abraham Adesanya almost every day.

“One of their hideouts is a ghetto at Alasia. Police came on Sunday and burnt it down. They arrested some hoodlums and recovered guns. But after the police left, they returned to the road and started harassing people. Despite the police raid, the clash has not stopped. People are really afraid because those hoodlums can cause mayhem at any time.”

A community leader, who resides along Ado Road, Akande Davies, said he saw three corpses by the roadside two weeks ago after a clash.

He said the tension in the area now makes many people to go indoors by 7pm, adding that the robbers strike in gridlock and bus stops.

He stated, “The cult killings had been going on for some time now. I saw three corpses on Ado Road last Friday.

“On the day a bullion van was attacked, I was on the road. My intention was to stop by at Blenco Supermarket close to the robbery scene to buy some items. I received a call from a friend who wanted us to meet at an eatery for a discussion. We spent about 15 minutes there and as I was to drive out, I saw that there was traffic. It was when I got to the spot that I saw a corpse beside the attacked bullion van. It is by God’s grace that we are living.

“We always hear gunshots, especially at night. These days, everywhere is deserted once it is 7pm. There is tension. When I go out in my car, I am extra careful. I am more conscious of the need to lock my car doors. When there is traffic, I prefer not to go out. At times, I wait till traffic eases before going out so that I don’t fall victim to robbery. I check Google Map before I go out.”

A landlord in Lamgbasa, who identified himself only as Hassan, said he had stopped going out in his car for fear of being attacked by the hoodlums.

A resident of Badore, James Emmanuel, explained how the hoodlums swiftly storm bus stops in tricycles and dispossess commuters of their phones and cash.

He added, “Cult members have been killing one another for days now. I learnt two persons were killed around Abraham Adesanya last Friday during another clash. Security agents should stop the activities of these hoodlums. Residents don’t have peace of mind again.”

The police spokesperson in the state, SP Muyiwa Adejobi, confirmed cases of traffic robberies but said there were no cult clashes.

He said, “We have no record of cult clashes in Ajah, except those boys who came out to cause mayhem when we raided their black spots. They were repelled. The issue of traffic robberies usually happens during this time, especially in Lagos. We are mindful of that and have deployed our men in traffic areas.

“The Commissioner of Police has deployed additional 1,000 police personnel last week to manage traffic and arrest traffic robbers. We arrested five of them recently and we will keep on arresting them.”

Gbajabiamila: Security Aide Who Shot Vendor Handed Over to DSS

Customs FOU Zone B generates N1.5bn as duty on smuggled vehicles in 2019— Controller