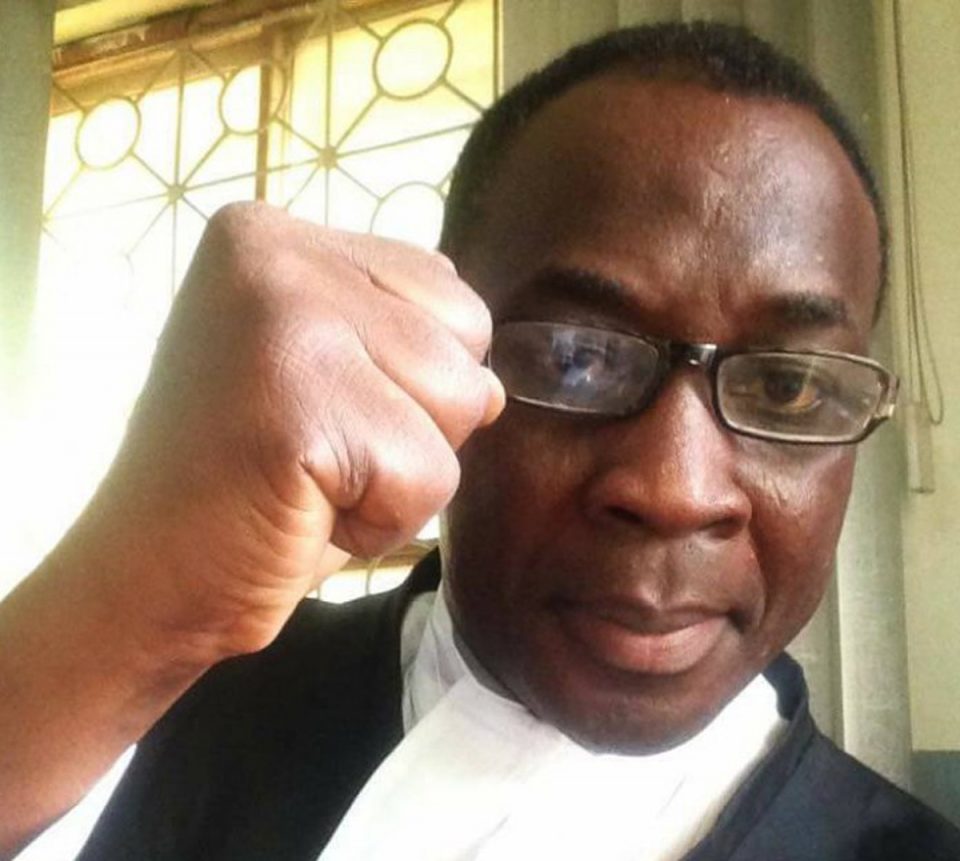 Counsel for some #EndSARS protesters’  Mr Adesina Ogunlana, on Friday said he would apply that the Minister of Works and Housing, Mr Babatunde Fashola, be summoned by the Lagos State Judicial  Panel of Inquiry probing the alleged  killing of protesters by soldiers at the Lekki toll gate on the night of October 20.

Ogunlana told the retired Justice Doris Okuwobi-led panel that Fashola must be summoned to explain the circumstances in which he found a camera at the toll gate five days after the shooting incident.

According to Ogunlana, the visit to the toll gate on October 25 when Fashola found a camera “suggests an intrusion” into the evidence of the October 20 shootings.

Ogunlana had asked Omomuwa if he was aware that “on October 25, the Governor of Lagos State brought some persons to visit the toll gate” to which Omomuwa said he only read it in the news.

Omomuwa further told Ogunlana that he was not present during the visit because he does not report to the Lagos State Government.

Ogunlana asked him, “Where is that camera that the minister, popularly known as Agent Fash, removed?” And in response,  Omomuwa said, “I don’t know.”

However, counsel for LCC, Rotimi Seriki, objected to Ogunlana asking the MD that question.

Replying Seriki, the #EndSARS protesters’ lawyer said the issue was crucial to his case and asked if the panel had issued a summons on Fashola.

But the panel chairman, Justice Okuwobi, told Ogunlana that he would have to follow the proper procedure if he wanted Fashola’s appearance before the panel.

Hinting that he would be requesting that Fashola be summoned,  Ogunlana said, “I wouldn’t know if it is too early for me to apply for Minister Fashola to appear before the panel to assist investigation.”

When asked by Ogunlana if the LCC lost revenue to the toll gate occupation by #EndSARS protesters,  Omomuwa said, “I believe that is the business of the company, not something to discuss in public.”

But when further pressed by Ogunlana, Omomuwa said, “It is obvious, when toll is not collected, revenue is lost.”

But when Ogunlana asked, “How much did the company lose?” Omomuwa replied, “I don’t know.”

Asked what the LCC Board of Directors did on getting the report, Omomuwa said their decision was “wait and see”.

The MD further told the panel that the toll gate was owned by private investors until 2014 when the Lagos State Government acquired it 100 per cent.

When asked by Ogunlana how many cameras were at the Lekki toll gate, Omomuwa said, “I don’t know.”

The MD said the LCC IT department, headed by Femi Oyinloye, was in charge of the cameras.

He added that a 40-man unit, led by Michael Aina, was responsible for manning the cameras.

Asked to name the specific officer manning the toll gate surveillance camera on October 20, Omomuwa said, “I do not have the name. If it is required, I can supply it. It was a human being, it is verifiable, I can bring it.”

But the MD disagreed with Ogunlana that the surveillance camera was manually-controlled by the person manning it.

Ogunlana, however, suggested that there were substantial fluctuations in the zooming and panning intervals of the CCTV footage submitted to the panel by the LCC.

He applied to review the footage from 12am and 1pm to prove his argument.

The LCC counsel and the counsel for the Lagos State Government, Abiodun Owoniko (SAN), objected but the panel overruled them.

The footage review could, however, not be done, as the panel had an issue with its projector.

The panel adjourned till December 11 for further proceedings.

Our refineries will be fully functional before 2019 ending – Kachukwu