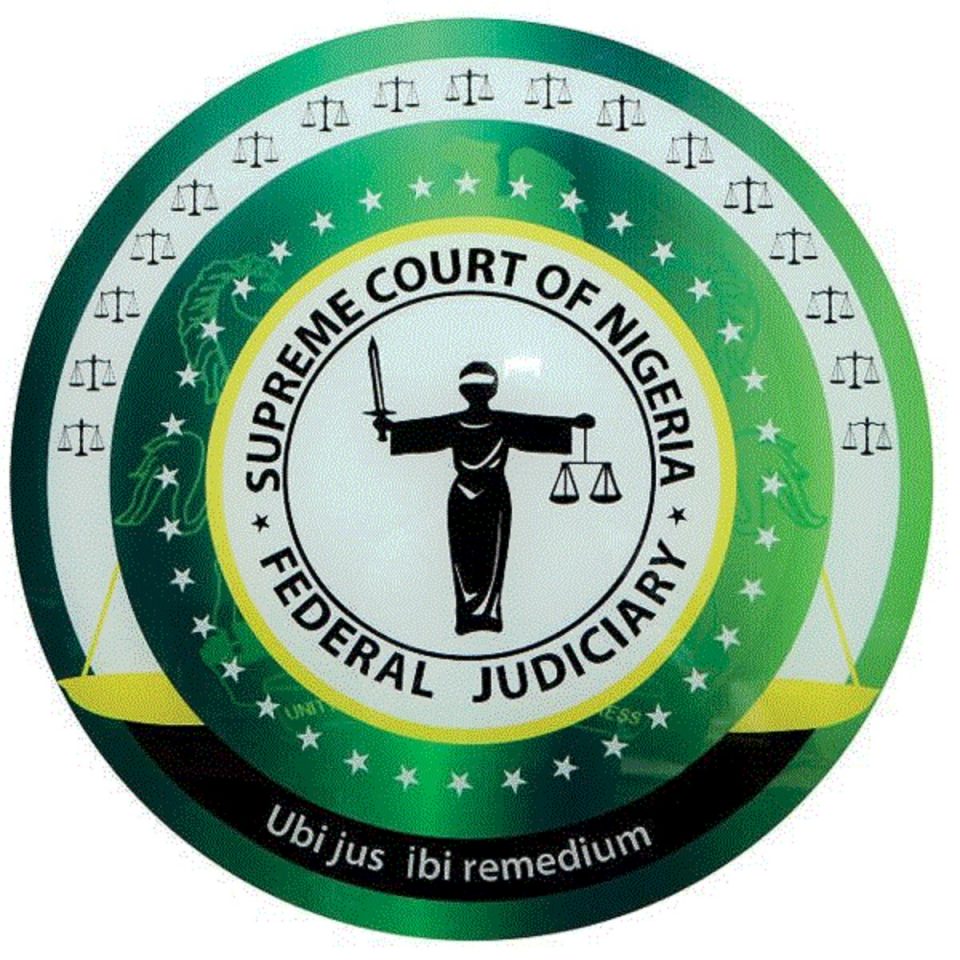 The Supreme Court, has for the second time, refused the request by Alhaji Ali Abacha, a brother to the late Head of State, Sani Abacha, to unfreeze accounts traced to him and relatives of the late Abacha in the United Kingdom, Switzerland, Jersey, Liechtenstein and Luxembourg.

In a unanimous judgment on Friday, a five-man panel of the court, led by Justice Sylvester Ngwuta held that Ali Abacha’s case was statute barred, as at when it commenced in April 2004, at the Federal High Court in Kaduna.

The judgment was in the appeal marked: SC/359/2010, filed by Alhaji Ali Abacha, said to be a brother of the late Gen Sani Abacha.

In the lead judgment prepared by Justice Kudirat Kekere-Ekun, but read on Friday by Justice Ejembi Eko, the court held that, having dismissed a similar appeal in an earlier judgment given in February last year, it had no reason to depart from its reasoning in that case brought by Alhaji Abba Mohammed Sani on behalf of the Abacha family.

The court said it noticed that the appellant, in this appeal, was represented by Reuben Atabo who, incidentally, was the appellant’s counsel in the earlier appeal.

“No new superior arguments were proffered here to warrant a departure from the decision in the case of Alhaji Sani, earlier decided. This appeal fails, and it is hereby dismissed.

The appeal was against the July 19, 2010 unanimous judgment of the Court of Appeal, Kaduna division, in which a three-man panel set aside the Sept. 24, 2004 judgment by Justice Mohammed Liman of the Federal High Court, Kaduna, earlier given in favour of Ali Abacha.

Ali Abacha had sued at the Federal High Court, Kaduna in 2004, challenging among others, the 1999 decision by the Olusegun Obasanjo administration, acting through the Attorney General of the Federation (AGF) and Minister of Justice, Kanu Agabi (SAN), to request the freezing of all accounts traced to the late Abacha, his family members and relatives in the United Kingdom, Switzerland, Jersey, Liechtenstein and Luxembourg.

Abacha prayed the court to, among others, void the freezing of the accounts on the grounds that the AGF lacked the powers, under the Banking (Freezing of Accounts Act, Cap 29, Laws of Nigeria, on which he claimed to have acted, to request the foreign nations to freeze his accounts and those of the companies in which he was a director.

Justice Liman, in his judgment of Sept. 24, 2004, upheld the claims by Ali Abacha and granted all the reliefs sought, a decision that the AGF, listed as the sole defendant, appealed at the Court of Appeal, Kaduna division.

In their judgment on July 19, 2010, in the appeal marked: CA/K/71/2005, Justices John Inyang Okoro, Baba Alkali Ba’aba and Mohammed Lawal Garba of the Court of Appeal, Kaduna, were unanimous in holding that the suit was statute barred.

They equally held that the AGF was not accorded fair hearing by the Federal High Court, and proceeded to set aside the judgment by Justice Liman, a decision on which Ali Abacha appealed to the Supreme Court, which the apex court decided on Friday.

A five-member panel of the Supreme Court had, in its Feb. 1, 2020 judgment in the earlier appeal, marked: SC68/2010 by Abba Mohammed Sani, held among others, that it was was too late for the Abacha family to query the decision taken by the Federal Government of Nigeria in 1999, via a letter authored by the then Minister of Justice and Attorney General of the Federation (AGF), Kanu Agabi (SAN).

Justice Chima Nweze, who authored the panel’s lead judgment held, among others, that in view of the evidence presented by parties, he was left with no other options than to uphold the earlier concurrent decisions of the two lower courts, the Federal High Court, Kano and the Court of Appeal, Kaduna division, to the effect that the suit was statute barred.

Nweze said: “In all forms, with the eloquent submission of the respondents’ counsel, and submissions anchored on the admitted evidence, I have no hesitation in affirming the concurrent decisions of the lower courts.

“Accordingly, I hereby enter an order dismissing this appeal. I further affirm the concurrent findings and decisions of the lower courts, appeal dismissed”.

Court documents had shown that President, Olusegun Obasanjo, in December 1999, authorized the then AGF, Agabi, to request the Swiss authorities to freeze all bank accounts held in its jurisdiction by the late Head of State, General Abacha, his children, servants, agents and any other individuals or companies linked to them, between 1993 and 1998.

The Nigeria government was also said to have requested the Swiss authorities to seize and detain all banking and other documents relating to the affected accounts, charge and prosecute all holders of such accounts, in order to recover and pay over to the Federal Government of Nigeria all monies falsely and fraudulently taken from the government and people of Nigeria.

Also, the government was said to have engaged a foreign financial investigator, Enrico Monfrini of Hauchomann & Bottage in Geneva, Switzerland, to assist in recovering “all looted monies by Gen Abacha and his family members and other public servants and third parties who have used their position or participated as accomplices to misappropriate public funds”.

Following these steps by the Federal Government, the accounts of the Abachas, found in Switzerland, United Kingdom, Jersey, Liechenstein and Luxembourg were frozen, a development members of the late Head of State challenged by filing a suit, marked: FHC/KN/CS/6/2004, on Jan. 28, 2004 before the Federal High Court, Kano.

Man found dead in his car in Lagos — LASEMA

Buhari felicitates with Aminu Dantata at 88

I lost properties worth N50m in inferno- Sunday Igboho