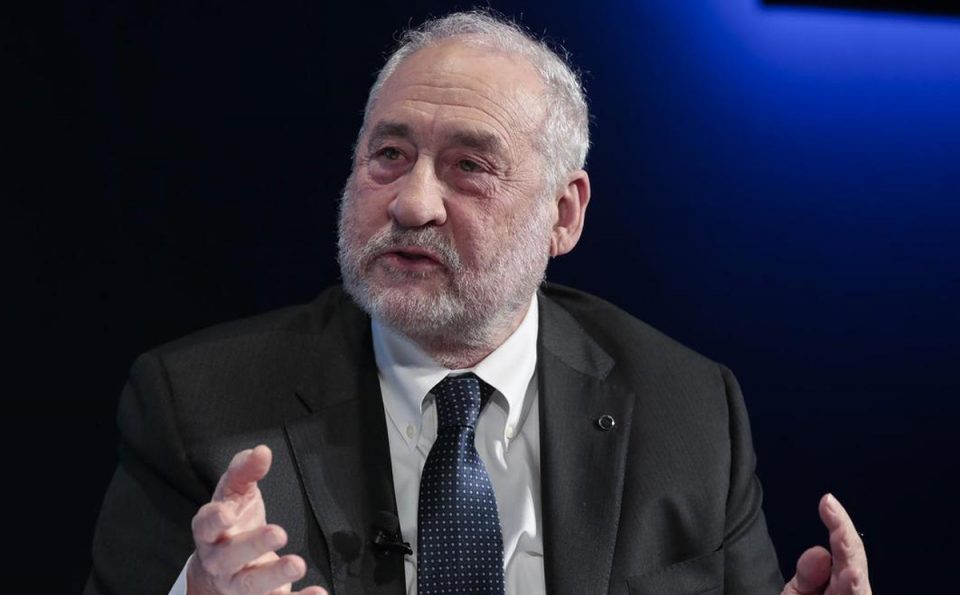 Okonjo-Iweala, who would be the first woman to lead the WTO is a dynamic leader who has the vision to manage the Geneva-based trade body through an era of reform, ex-officials including former World Bank Chief Economist, Joseph Stiglitz and former United Nations Ambassador John Negroponte, said in a letter to Biden posted on AllAfrica.com.

But for the opposition of the United States, Okonjo-Iweala would have been announced on Wednesday as the first female and African to lead the global trade body.

In the race for the post, she had garnered the votes of 163 of the 164 members of the trade organisation, to be named the preferred candidate for the job compared to her challenger, Ms. Yoo Myung-hee of South Korea, backed by the US. By WTO regulations, the director-general should emerge by consensus.

The letter from the former senior US officials read: “Among the many critical matters before you and your cabinet is the leadership of the WTO. It was no surprise to us that a stellar Nigerian-American, Dr. Ngozi Okonjo- Iweala, emerged as the consensus candidate for the position of Director-General of the WTO having won the support of the overwhelming majority of member nations, including America’s leading trading partners in the European Union.

“The arbitrary opposition to her candidacy from the Trump Administration in October 2020 continues to baffle trade leaders and experts around the world. In round after round of competition, Dr. Ngozi Okonjo-Iweala won against her competitor for the post, South Korean Trade Minister Yoo Myung-hee.

“The Trump Administration’s contentious practice of pitting America against multilateral alliances was in full display in this WTO race. We write to respectfully encourage you to support the candidacy of the eminently qualified Dr. Ngozi Okonjo-Iweala as she seeks to become the next Director-General of the WTO.”

They stressed that, “Okonjo-Iweala is a dynamic woman of vision who can guide the WTO through its era of reform. She possesses a very rare combination of leadership and experience that is deeply grounded in international trade, finance, economics and diplomacy.

“Her selection, as the first American and woman of color to serve as the WTO’s director-general will send a clear message of inclusion to the rest of the world.”

While highlighting the specific qualifications of the Nigeria’s two-term former Finance Minister, they pointed out that, “as an economist with degrees from both Harvard University and MIT, she has been sure-footed throughout her career in articulating a compelling, nuanced vision for the future of global trade in goods and services and the institutions that support it.”

They added: “She is a consummate diplomat seasoned in building coalitions. For example, she helped negotiate a politically delicate multilateral replenishment — on the order of $49 billion — for the International Development Association, the World Bank’s lending arm for the poorest nations.

“As a dual citizen of the United States and Nigeria, she has established herself as a highly respected authority in both nations, especially on issues related to global development. During her meteoric rise through the World Bank ranks to the position of Managing Director, she gained invaluable experience in managing the complex relationships between development issues, institutions, business interests and measurable outcomes.

“This experience, together with her recently completed five-year tenure as board chair of GAVI— the Global Alliance for Vaccines and Immunization— perfectly position her to help build pragmatic solutions for pandemic-related trade and intellectual property challenges across diverse global stakeholders.

“We know Dr. Okonjo-Iweala and have found her to be a woman of integrity, an honest broker and a pragmatist who consistently delivers results. We believe strongly that she can be a transformative director-general, one who — with your support — will be embraced and effective within and beyond the WTO.

“In sum, Dr. Ngozi Okonjo-Iweala is a uniquely qualified leader poised to help the WTO evolve and succeed for future generations. She is a leader who can also be relied on to pay due attention to the concerns many Americans have about global trade. She has what it takes to lead WTO reforms and take the organisation into the future.” Those who signed the letter include the following:

Chairman of Flour Mills of Nigeria

Founding Member of US Nigeria Council

Former U.S. Ambassador to the Republic of Benin

Founder of the Bridges Institute

Former U.S. Ambassador to The Kingdom of Swaziland

President and CEO of Corporate Council on Africa (CCA)

Former Counselor and Chief of Staff, Office of the Secretary, U.S. Department of State

Former Deputy Counsel to the President, The White House

Former Ambassador to the United Nations

Chair of the African Renaissance and Diaspora Network

Former Deputy Secretary of State for Management and Resources, U.S. Department of State

Past President, The African Studies Association

Former Alternate & Advisor to the U.S. ED at the African Development Bank

Former member and Chair of the Council of Economic Advisers