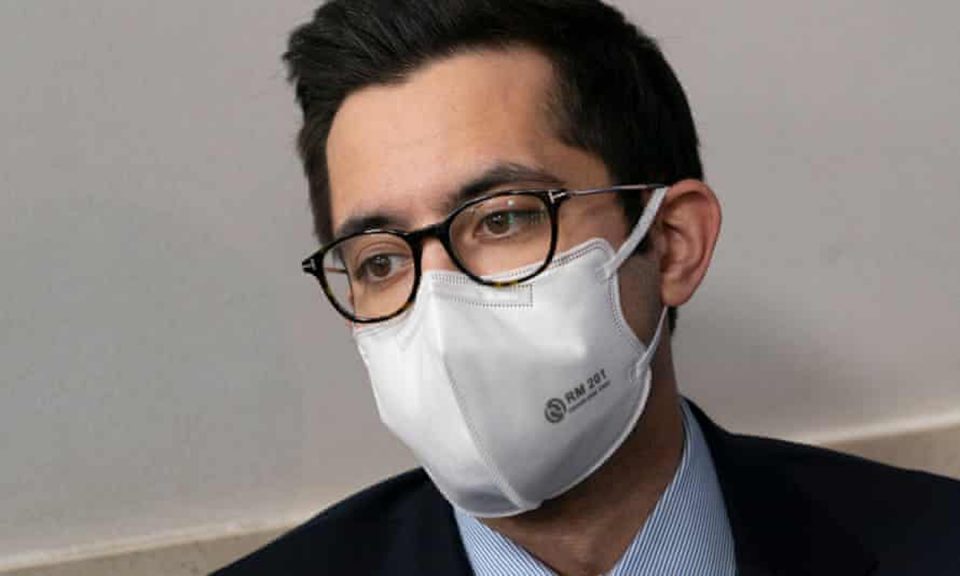 An official on President Joe Biden’s staff was suspended on Friday after allegedly threatening to “destroy” a reporter who was asking about his personal life.

According to Vanity Fair magazine, Ducklo called up Politico reporter Tara Palmeri after she began asking questions about his months-old personal relationship with a reporter from Politico rival Axios, Alexi McCammond.

“I will destroy you,” Ducklo said to Palmeri in a phone call shortly after the January 20 inauguration of Biden as president.

According to Vanity Fair, Ducklo “made derogatory and misogynistic comments” to Palmeri and called her “jealous”.

“TJ Ducklo has apologized to the reporter, with whom he had a heated conversation about his personal life,” Psaki said in a tweeted statement.

“He is the first to acknowledge this is not the standard of behaviour set out by the President,” she said.

In addition to being suspended for one week, she said he will no longer work with any reporters at Politico in his duties at the White House.

Politico Playbook, the Washington politics tips and gossip newsletter that Palmeri reports for, wrote this week that McCammond made it public in November that she was dating Ducklo.

A day after being sworn in as president, Biden warned his White House staff against mistreating others.

“I’m not joking when I say this: if you are ever working with me and I hear you treat another colleague with disrespect, talk down to someone, I will fire you on the spot.”