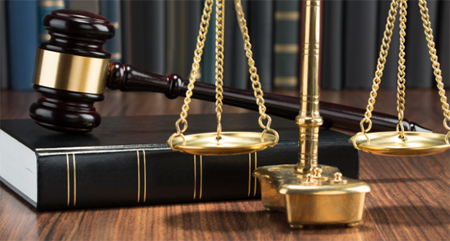 ..As IGP slams charge on applicant

The suit filed against Air Peace Limited, Inspector-General of Police (IGP), the Nigerian Civil Aviation Authority (NCAA) and others over alleged right abuse has suffered setback, following the withdrawal of the trial judge, Justice Chuka Austine Obiozor, from hearing it.

A businesswoman, Nneka Ogbonna, had filed the suit before the Federal High Court, Lagos against the airline, IGP, NCAA, Federal Airport Authority of Nigeria (FAAN) and Captain Horace Millar-Jaja, a pilot with the airline, claiming the sum of N2 billion over the alleged abuse of her fundamental human rights by the respondents.

In the suit, Ogbonna alleged that all the respondents violated her fundamental human rights as guaranteed under Section 34 (1) and 41(1) of the 1999 Constitution, and Article 5 and 12(1)(2) of the African Charter on Human and Peoples’ Rights.

However, all the respondents in their counter affidavit deposed to by one Judith Obi, an air hostess with Air Peace Limited, urged the court to refuse the reliefs sought by the applicant, for being malicious, frivolous, vexation and gold digging in desperate move to make fortune out of nothing.

At the last hearing of the matter, counsel to the applicant, Mr. Ngozi Akangu, told the court that all parties in the suit had filed their responses to his client’s suit, except the third respondent, NCAA  which signified interest to file further counter-affidavit. But counsel to IGP, Mr. Joseph Nwadike, while responding to the applicant’s counsel submission, told the court that while the matter was pending, the applicant’s counsel wrote a petition captioned’ Re: attempt by Obisnd Joseph Esq, to subvert and pervert the cause of Justice and occasion miscarriage of Justice in an ongoing civil court proceedings’.

Upon the revelation made by the IGP’s counsel, the applicant’s counsel admitted doing same but said it was not in relation to the case before the judge.

However, not comfortable with the development, Justice  Obiozor  recused himself from hearing the matter and sent back the case file to the administration judge for reassignment to another count. The judge also withdrew from entertaining a criminal charges filed against the applicant by the police.

Meanwhile, the police has filed a two-count change against the Ms Ogbonna. The two-count charge signed by Joseph Nwadike, prosecution counsel, Nigeria Police Force bordered on alleged hijacking of aircraft  and flight disruption on an Air Peace flight, scheduled to depart Lagos for Warri on December 10, 2019.