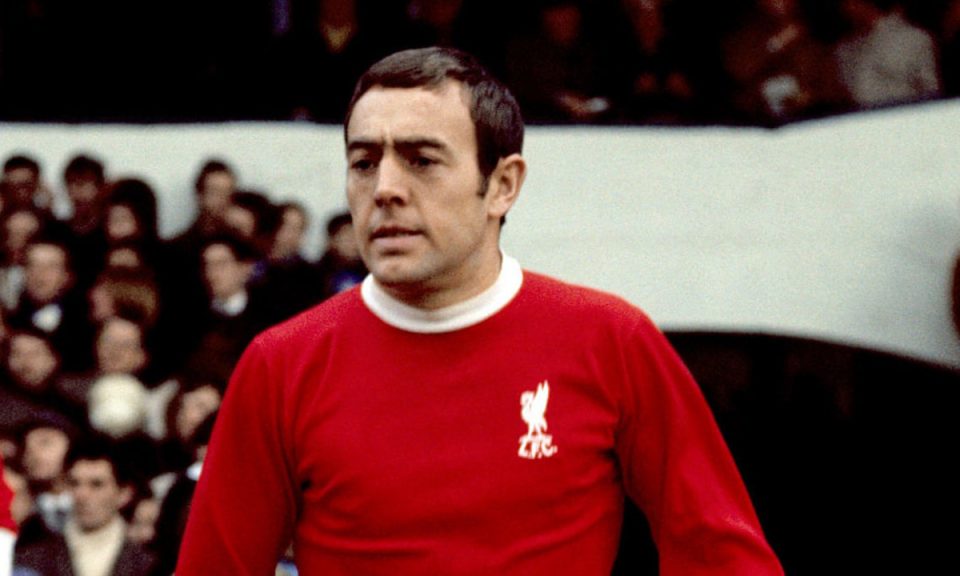 Former Liverpool striker Ian St John, who followed a stellar career on the pitch by becoming a hugely popular and successful TV presenter, has died aged 82.

He died after a long illness, the English Premier League champions said on Tuesday.

St John was one of Liverpool’s leading players of the 1960s.

He later went on to become a popular presenter of “Saint and Greavsie”, a lunchtime football show with former England striker Jimmy Greaves.

The Scot was a key part of the Liverpool team managed by Bill Shankly.

They earned promotion to the top flight in his debut season after joining for a then club record fee of 37,500 pounds (52,000 dollars) from Motherwell.

“It is with a heavy heart that we have to inform you that after a long illness we have lost a husband, father and grandfather.

“He passed away peacefully with his family at his bedside,” St John’s family said in a statement.

St John’s most famous goal was the extra-time winner in Liverpool’s 2-1 win over Leeds United in the 1965 FA Cup final.

It was a diving header which secured the club’s maiden cup triumph in an era when that competition enjoyed huge status.

He was also part of the team which won the league title the previous year, Liverpool’s first since 1947, and again in 1966.

“Clever, canny, bags of skill, made things happen. Liked a scrap too. Jesus, did he like a scrap,” Shankly once said.

St John made 21 appearances for Scotland, scoring nine goals, one of them coming in the famous 6-2 win against Spain in Madrid in 1963.

Liverpool and Scotland defender Andy Robertson paid tribute to St John on Twitter: “A man of warmth, humour, knowledge, wisdom and joy. Scotland and Liverpool have lost a true giant.”

Aregbesola calls for decongestion of correctional centres Meets Malami, others

Criticisms of Buhari regime by OBJ, in bad faith – Tinubu