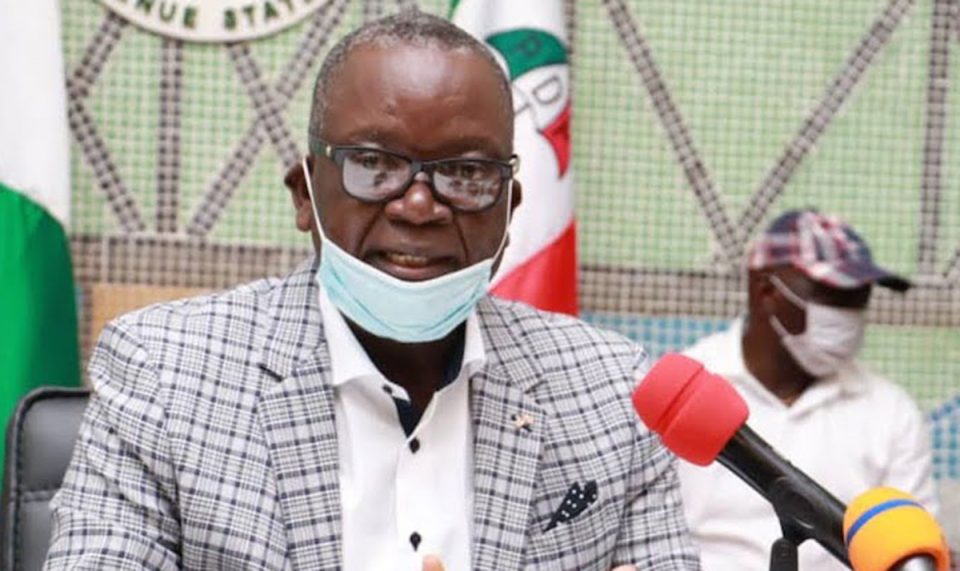 NIGERIA inched nearer a grave risk of an imminent eruption after vicious gunmen suspected to be ethnic militia attempted a brazen assassination on Benue State Governor, Samuel Ortom. In another unmistakable escalation of insecurity at the highest level, about 15 gunmen waylaid the governor on his farm between Gboko and the state capital, Makurdi, on Saturday. Ortom credited his security team for repelling the daylight attack, stating that he had to run for 1.5 kilometres to escape the sophisticatedly armed attackers. This is a premeditated attempt to reduce the policies of the governor to rubble. Swiftly, the perpetrators of the impunity should be brought to book to send a clear message that violent non-state actors have stepped beyond their bounds.

It is well known that the governor has been having a running battle with the Fulani herdsmen, who, on the pretext of open grazing, have been committing heinous crimes in the state and across the country. At the height of their atrocities, Ortom spearheaded a state law in 2017 that prescribed ranching and banned open grazing. The herdsmen resisted the law, but the governor stood firm.

As usual, the Federal Government, in whose custody rests the security of the country, has responded with lethargy to this premeditated attack. Predictably, the President, Major General Muhammadu Buhari (retd.), has ordered a probe. In Nigeria, a probe is a euphemism for deliberate delaying tactics and a substitute for effective problem-solving.

The attack suggests strongly that some groups are taking Nigeria’s corporate existence for granted. It represents a grave threat to the country’s fragile fabric. At this stage, insecurity is the most divisive element in the country’s farcical polity. Once again, it is threatening the very foundation of the country, something not envisaged after the bitter Nigerian Civil War of 1967-70 primarily because the Buhari regime is living in denial and playing politics with security.

Banditry has now surpassed the Boko Haram insurgency as the main security challenge in the country. Quelling this violence-which threatens the country’s corporate existence, devastates the people and inflicts lasting harm on the country’s delicate social fabric and economy – should be met head on because it has introduced a very delicate twist to the bloody game. It was a cold, calculated assassination plot to silence a sitting governor purely in furtherance of an ethnic agenda. Really, the implications are too scary. It demonstrates beyond argument that insecurity has reached a level never seen before in Nigeria, where a governor would be attacked by assassins in broad daylight.

Systemically, the security architecture has broken down irrevocably; no one is safe, not the farmer, the traveller or trader. At home, on the highways, in schools, even hospitals and in their homes, Nigerians are at the mercy of armed gunmen. Infused with impunity, they ambush military patrols, sack police stations and kill or kidnap security men. No fewer than 1,525 persons were killed in the first six weeks of 2021, according to a tally. Bandits kidnap students in their hundreds.

Without a doubt, Ortom was targeted for his policies banning open cattle grazing in Benue and his campaign to get the Federal Government to act to protect his people from the endless invasions of farms, settlements and homes by killer Fulani herdsmen. The Tiv and other nationalities of Benue, Taraba, and Nasarawa and Plateau states are locked in a battle for survival. Of the over one million persons displaced in eight North-Central and North-Western states by August 2019, the International Organisation for Migration’s Displacement Tracking Index identified Benue as accounting for the largest number; it had seven formal and one informal refugee camps hosting a combined 112,500 refugees. Over 100,000 more are taking refuge in neighbouring states. The herders’ twisted sense of entitlement to other people’s land is fast seeping into the south of the country. These are troubling warnings of a slide into civil war.

The dangerous trend must be stopped. This is not a case for the usual unproductive probe as the laid-back Buhari has said. Nigeria’s very existence is at risk. No one can predict the fallout if Ortom or any other governor asserting the rights of his people is killed. A former Senate President, David Mark, warned that in the face of federal helplessness, citizens could resort to self-help. He said, “That is the situation we cannot contemplate and must not be allowed to happen because the consequences would be catastrophic.” A former Defence Minister, Theophilus Danjuma, had warned much earlier that Nigerians would eventually have to defend themselves since the federal police and the military were not neutral.

Buhari, for once, should take charge, order and effectively supervise the police to track down, arrest and prosecute the plotters very quickly. Buba Galadima, a northern elder, said that the bandits were well organised, while Buhari’s response was uncoordinated and he was treating banditry and kidnapping with kid gloves.

The danger is real. It was the assassination in 1914 of Archduke Franz Ferdinand, heir to the Austro-Hungarian throne and his wife by Serbian agitators that ignited World War I. In the midst of deep inter ethnic tensions, the assassination in 1994 of Rwanda’s President, Juvenal Habyarima, and his Burundian counterpart, Cyprien Ntaryarima, both Hutus, allegedly by Tutsi rebels, sparked the Rwandan genocide in which 800,000 persons were killed and the subsequent civil war.

It should also be remembered that it was the skewed assassinations of political and military leaders in the January 1966 coup that provoked the counter-coup, pogroms and ultimately the Nigerian Civil War.

Failure to act decisively over the Ortom attack could encourage other killers. Governors Rotimi Akeredolu (Ondo), Nasir el-Rufai (Kaduna), and Aminu Masari (Katsina), have been variously threatened by ethnic militias and bandits for their tough stance against killer herders and bandits. It is only in failed states or ‘narco states’ that governors, security personnel and senior officials will be targeted without swift and effective consequences for the perpetrators.

Buhari should stop trivialising Nigeria’s security challenges. He should come down from his tyrannous high horse. For once, he should acknowledge that the situation is getting out of hand. The stale, empty and imperious mantra that Nigeria’s unity is not negotiable should give way to an empirical evaluation of the State of the Union and a realistic strategy to save it. When non-state actors anticipate that there is no chance of achieving success through violence, they will not initiate a civil war. Even an inconsequential armed group can start one in Nigeria today.

It bears repeating that the present feeble, centralised internal security system has failed abysmally. If it is not immediately reformed, it may disastrously bring the country down with it. Buhari and his narrow circle should understand that Nigeria belongs to all its citizens and are entitled to the full protection of their lives and property. They should stop politicising security. The country is polarised like never before; long suppressed, the centrifugal forces are unleashed and the myth of unity has exploded, a small spark can ignite a conflagration and splinter it in an unpalatable melee. Today, the country is practically at war on many fronts, including facing invasions from blood thirsty gunmen from within and without, all dragging the country to the brink of implosion.

The situation demands a comprehensive action plan that must include state policing without delay. There must be a programme to track and mop up illicit arms and disarm non-state actors. The unreasonable tactic of blanket amnesty to terrorists and bandits must stop. Criminals and criminality should never be rewarded. Working together, the National Assembly, state houses of assembly and federal and state executive branches should urgently invoke the doctrine of necessity and amend the 1999 Constitution to immediately facilitate state policing.

State governors should no longer wait on the centre to secure their territories. They should structure, fund, equip and arm state security outfits. Too many Nigerians are being killed, injured, raped, kidnapped and denied access to their farms and businesses by criminals who have overwhelmed the federal police and defied military deployment. The criminal anarchy must give way to law and order.- THE PUNCH

Improving the lot of the Nigerian woman

DPR assures availability of petroleum products in Warri during Easter

We know nothing about INEC servers, say EU observers