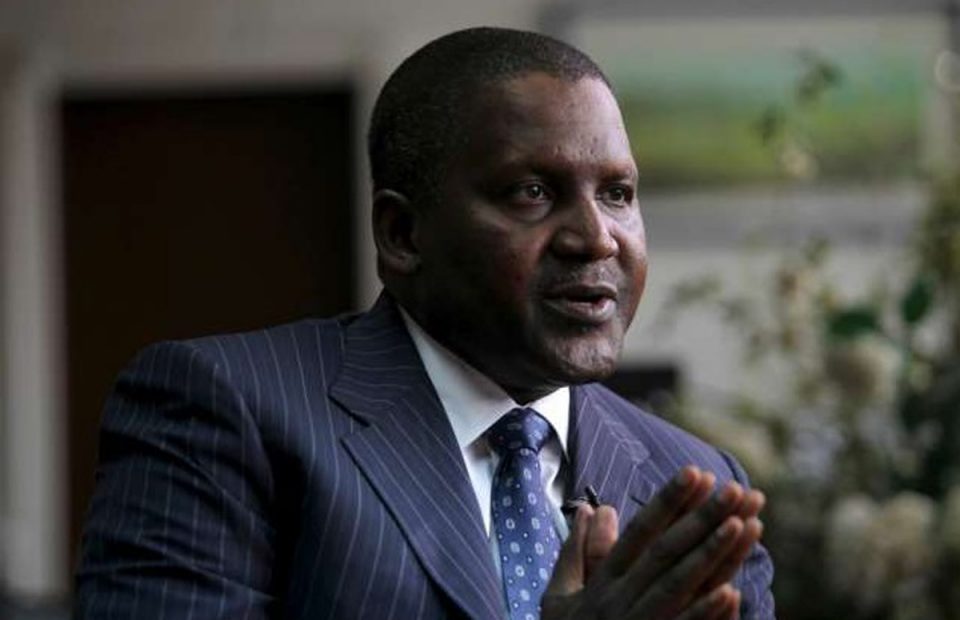 Dangote spoke during a dialogue session in Abuja with stakeholders.

It was organised by the National Peace Committee, co-chaired by a former Head of State, General Abdulsalami Abubakar (retd.), and Catholic Archbishop of Sokoto Diocese, Matthew Hassan Kukah.

Dangote said, “How do they expect a government to function without paying taxes. But you have to pay tax; they want to increase VAT, people shout. They want to charge right pricing on petrol products and some people say no.

“So where is the money going to come from? So, it is a collective responsibility. If you want to be safe, you have to contribute your own quota to be safe. It doesn’t come that cheap.

“We have to be careful with the kind of news we disseminate because in areas where there is no peace, nobody will invest and that is why it is always good for us to talk good about the country.

“The question of security is everybody’s business. Even us, today, we cannot do any business without security and that is why the private sector promised to put in N100bn to support the police in terms of security.

“Take the issue of Kagara (in Niger State where they kidnapped school children), there were only eight policemen in a big Local Government Area like Kagara. So these are the issues.”

At the event, Abubakar said no fewer than six million illegal weapons were in circulation in the country.

According to him, the proliferation of weapons has heightened insecurity in the country and led to over 80,000 deaths and close to three million Internally Displaced Persons.

Abdulsalami said the challenges facing Nigeria was a security issue that had assumed an all-encompassing dimension.

Abdulsalami said, “The proliferation of all calibre of weapons not only in our sub-region in general and in Nigeria in particular is worrying. It is estimated that there are over six million of such weapons in circulation in the country. This certainly exacerbated the insecurity that led to over 80,000 deaths and close to 3 million internally displaced persons”.

The ex-military Head of State also said the security forces were not just over stretched but underfunded.

The Sultan of Sokoto, Alhaji Muhammadu Sa’ad Abubakar, called on Nigerians to close ranks and work for humanity.

According to him, an Igbo man who was the closest person to his father and was entering any part of the palace he died in the palace at 112 years.

Sultan Abubakar said as individuals, Nigerians should add value into themselves “and know that we did not create ourselves.”

Gowon urged all Nigerians, irrespective of religious and political differences, “to see the nation’s challenges, including insecurity, as one that must be tackled and resolved collectively.”