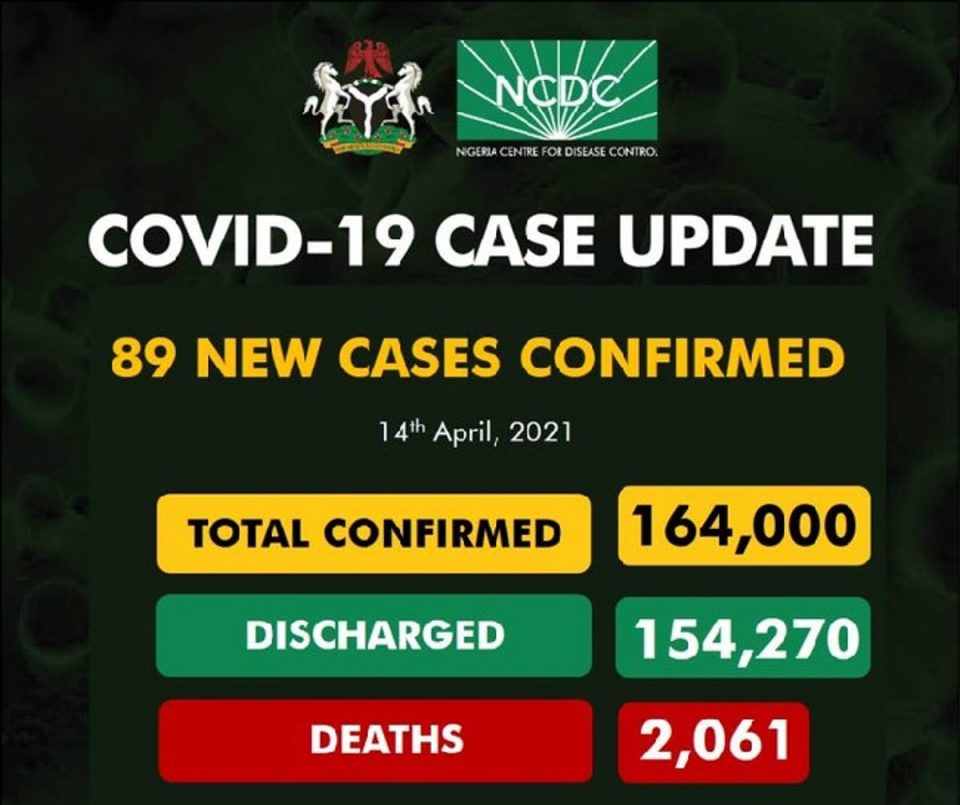 The Nigeria Centre for Disease Control (NCDC) has recorded 89 new cases of COVID-19, bringing the total number of infections in the country to 164,000.

The NCDC disclosed this on its official Twitter handle on Wednesday.

The centre said said that the new infections were registered in nine states and the Federal Capital Territory (FCT).

The agency said no death was recorded on Wednesday.

It added that 45 people were discharged from various isolation centres across the country, having fully recovered and tested negative to COVID-19.

The agency noted that the number of people who tested positive to COVID-19 rose to 164,000 out of which 154,270  recovered and were discharged.

It added that a multi-sectoral National Emergency Operational Centre, activated at Level III, has continued to coordinate the national response activities in the country.