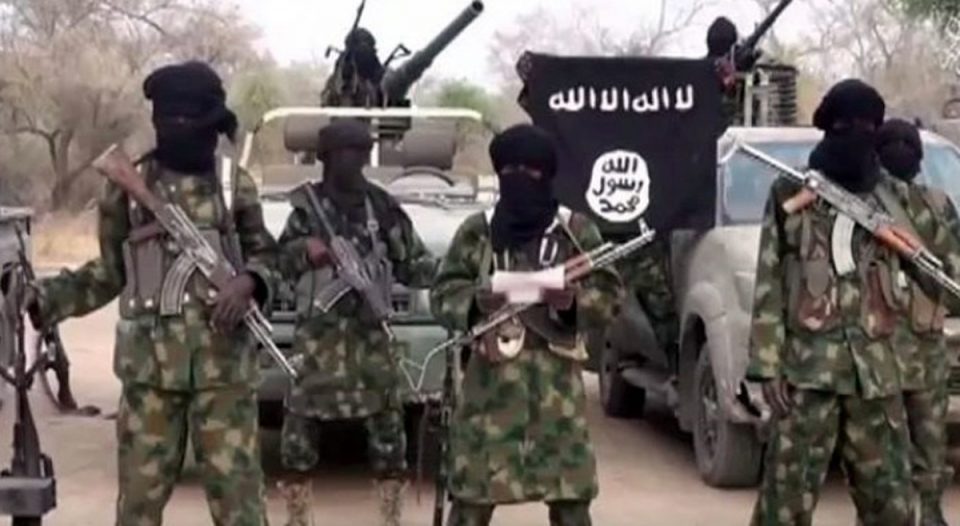 Amid fear of an imminent Boko Haram attack in the Federal Capital Territory, visitors were barred from entering the Federal Secretariat Complex, Phase I located in the Three Arms Zones, Abuja.

One of our correspondents, who monitored events in front of one of the gates for about 30 minutes on Friday, observed that men of the Nigerian Legion as well as the Nigerian Security and Civil Defence Corps were seen ensuring that only civil servants with identification cards were granted access onto the premises.

The security personnel were also seen turning back those without valid ID cards, pointing them to a notice on the wall of the gatehouse on the need to beef up security.

The notice directed that persons without ID cards not be allowed onto the premises, while also banning hawking in front of the complex.

Cobblers and hawkers of fruits, recharge cards and snacks were fond of selling their wares in front of the complex.

Armed female soldiers were, in the early hours of Friday, stationed at strategic points in front of the Mogadishu Cantonment, popularly called Abacha Barracks.

The troops are of the Nigerian Army Women Corps.

They were seen at the foot of the pedestrian bridge in front of the gate on both the Abuja-bound and Keffi-bound lanes of the Abuja-Keffi Expressway.

The stern-looking soldiers did not allow drivers to stop anywhere in front of the barracks.

Also, at the Louis Edet House, headquarters of the Nigeria Police Force, vehicles entering the premises were seen being thoroughly searched when one of our correspondents visited.

Some parents and guardians, out of panic, again stormed some schools to withdraw their children and wards.

Eyewitnesses identified the Government Science Secondary School opposite Maitama General Hospital and the Federal Government Technical College, Orozo as some of the schools in the FCT that were stormed by parents.

A woman simply identified as Sophie told one of our correspondents that she did not bother to allow her children to go to school on Friday.

“To be forewarned is to be forearmed. With all we have been hearing about possible attacks since last week, it would be foolish of any parent to still allow kids like mine to go to school today,” she said.

Meanwhile, there was tension in the Wuse/Berger area of the FCT on Friday when members of the Islamic Movement in Nigeria, otherwise known as Shi’ites, clashed with policemen.

An Assistant Superintendent of Police, Adama Ezekiel, was confirmed to have been killed in the process.

The protesters, it was gathered, were demanding the release of their leader, Ibrahim El-Zakzaky, and his wife from detention when they clashed with policemen.

While the confrontation lasted, sounds of gunshots rent the air, forcing residents and commuters to run for cover.

The news of the incident further caused anxiety among residents.

A commercial driver in the area who gave his name simply as Williams told one of our correspondents, “I saw them during their protest coming from Wuse Zone 3 and chanting songs of solidarity for the release of El-Zakzaky.

“I cannot say what caused the clash but the protesters were aggressive. People ran for cover and I also did. I later saw police officers and Special Weapons and Tactics officials here.”

A trader in the area who did not want her name in print said the Shi’ite members attacked a police officer and attempted to snatch his gun.

“They were throwing stones and not long after, we started hearing sounds gunshot in the area. Everywhere was in turmoil. They also beat a policewoman mercilessly and tried to snatch her gun but she held on to it,” she said.

But the spokesman of the FCT Command, ASP Mariam Yusuf, in a statement, alleged that a police officer, Adama Ezekiel, was killed during the protest.

Yusuf stated that members of the disbanded sect went on the rampage, destroying properties and attacking innocent citizens, including police officers, with weapons, adding that 49 protesters had been arrested and would be arraigned in court upon conclusion of investigation.

She said, “The police successfully restored calm at Berger Roundabout after dispersing a violent protest by some members of the proscribed Islamic Movement of Nigeria – Shi’ites.

“Sadly, one of the police officers, ASP Adama Ezekiel, deployed to restore calm during the violent protest, paid the supreme price as a result of the brutal attack where he was stabbed by one of the irate protesters.”

According to her, the Commissioner of Police, Bala Ciroma, commiserated with the family of the deceased.

The statement added, “The command wishes to state that it will not condone further attacks on its personnel, equipment or other public property by members of the proscribed group.

“The command implores residents to remain calm and law-abiding, while reaffirming its unwavering commitment to the protection of lives and property within the FCT.”

When contacted on the telephone to react to the police’s claim, the spokesperson for the Shi’ites, Ibrahim Musa, said the police shot one IMN member and arrested over 50.

“I cannot ascertain all the causalities at our end but more than 50 of our members have been arrested and one shot by the police,” Musa said.