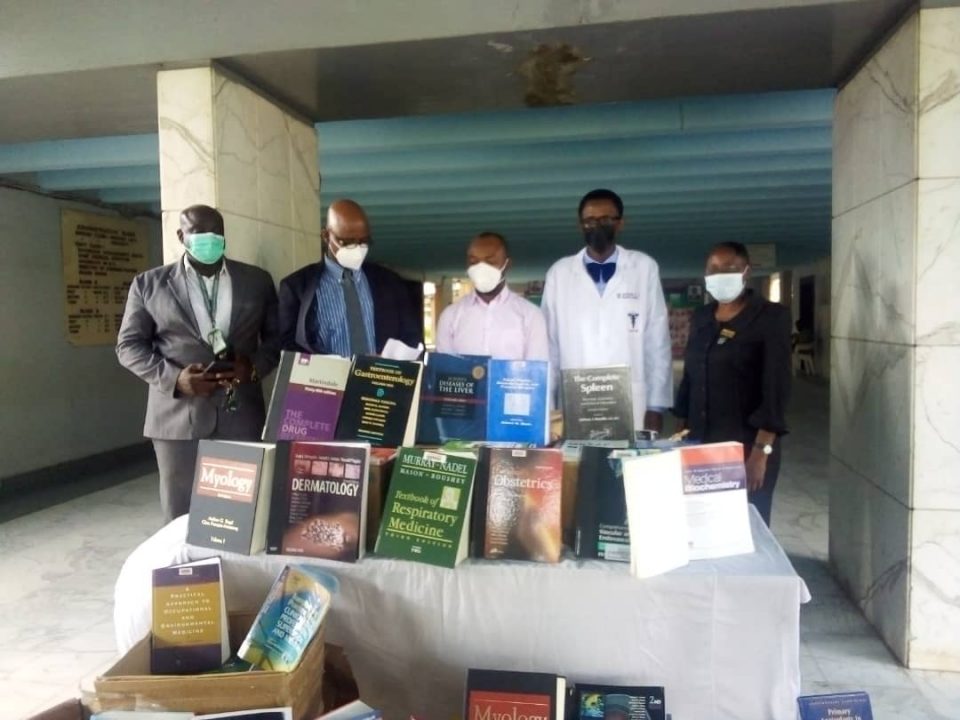 Presenting the books, Dr Olanrewaju Akanmu, said that he discovered that there were several medical books that Nigerians could benefit from Australia when he travelled there.

Akanmu who was represented by Dr Fola Ogundare, an Anaesthetist, said that in the last two years, it was discovered that there was a bit of lacuna in the medical-oriented textbooks in the nation’s libraries.

He said that the reason for donation was to facilitate more books to LUTH.

Receiving the books on behalf of LUTH, Prof. Wasiu Adeyemo, Chairman, Medical Advisory Committee (CMAC), said that LUTH would make good use of the medical books.

Adeyemo said that there was nowhere in the world that the government only could fund healthcare.

He said that healthcare was not only about paying salaries, allowances, equipment and consumables.

“This is a tertiary hospital and knowledge is very important. So that is why you have books and journals.

“We have invested in some but you now see the Australian Capital territory getting involved in donating some of the very useful medical books.

“We are going to make the best use of the books, complementing the efforts of the Federal Government” he said.

Buhari to NCWS: I’ll continue to be fair to women