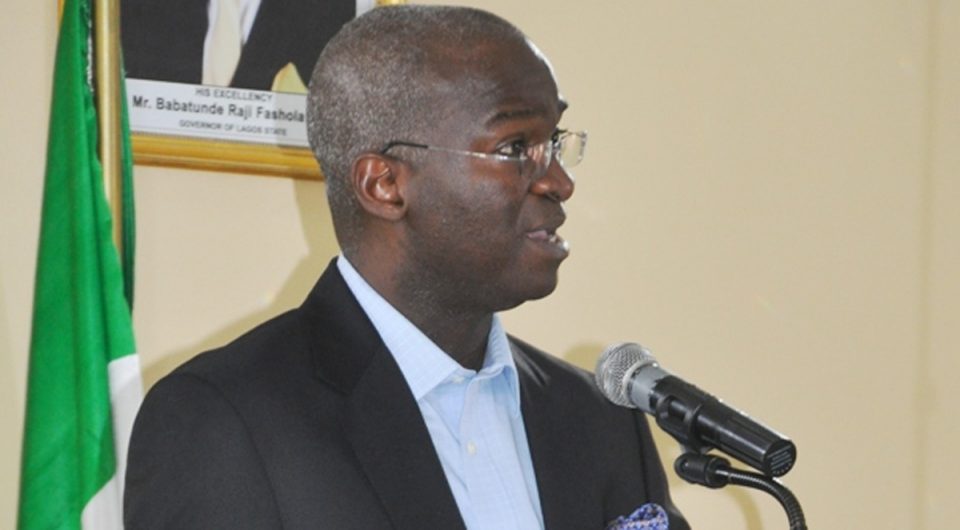 The Minister of Works and Housing, Mr Babatunde Fashola, on Thursday assured Lagos residents of speedy completion of the rehabilitation of Eko Bridge.

Fashola said this during the inspection of the work on the bridge, which he said was targeted at ensuring the safety of residents and road users.

“Let me again thank the people of Lagos, the governor of Lagos and the government of Lagos for their understanding and forbearance that we have to close this section of this bridge starting from the 4th of June this year for nine weeks.

“The purpose is to ensure that this infrastructure continues to deliver for us.

“This is also a generational effort because since about 1975 or thereabout when this bridge was built which is about 46 years, this kind of maintenance has not been done on it,” he said.

The minister explained that the alignments between expansion joints on some sections of the bridge shifted from the normal five millimeters and expanded to a width of 23 mm, hence the need to quickly repair the portions to prevent collapse.

“We intervened in the adjacent one (Eko Bridge) sometime last year that helped to prevent the collapse of a section of the bridge because this work hasn’t been done for over 40 years the way it should be done.

“It is causing us some discomfort but as I said, people of Lagos and all the people from other states who use this facility for business will ultimately benefit from it.

“The contractor assures me that he has all the materials, so we are working full blast. Your cooperation will take them closer to the end quicker and possibly sooner than we anticipate,” he said.

Fashola said the bridge was providing jobs for men working beneath and the top of the bridge, adding that 37 bridges nationwide were undergoing maintenance simultaneously.

He said repair of bridges in Lagos and across Nigeria was part of the commitment of President Muhammadu Buhari’s regime to deliver safe and quality infrastructure.

He congratulated the government and residents of Lagos, Oyo and Ogun where the project traversed.

“That is really symbolic of our commitment to the economy and wellbeing of Nigerians.

“Infrastructure is one of the ways in which government does its job of enabling the economy of the private sector to get on with their job of creating wealth,” Fashola said.

Mr Olukayode Popoola, Federal Controller of Works in Lagos, said four worn out bearings on the Eko Bridge had already been removed and the process of replacement had begun.

“As we are standing here on top of the bridge the deck is on top of a jerk. The bearing will be replaced after casting the pier.

“The reinforcement is being formed, they will now cast it and then when it attains the maximum strength, the bearing will be replaced.

“So also the expansion joints, you can see it on the ground, immediately after the removal of the old one they are going to fix the new one on the ground,” Popoola explained said.

He assured that the periodic maintenance of the bridge and other bridges in the state would be sustained.

The Eko Bridge was shut on June 4 with traffic diverted for the second phase of the rehabilitation of the Costain bound section of the bridge.