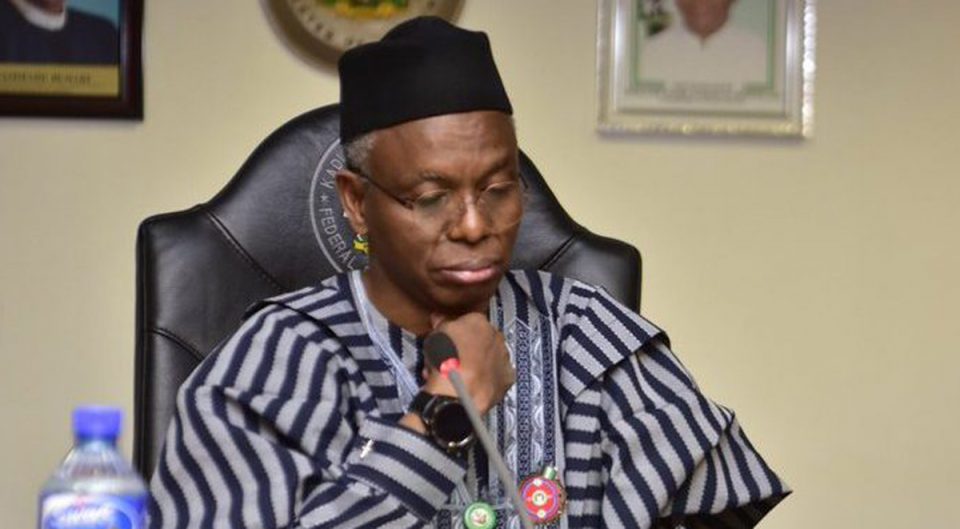 Kaduna State Governor, Malam Nasir El-Rufai, has sacked 99 political appointees as part of the rightsizing policy of his administration.

El-Rufai disclosed that only members of staff of agencies connected to the local government system were disengaged and these include the 23 local government councils, State Universal Basic Education Board, and the Primary Health Care Board.

The governor, who spoke at a media chat on Thursday night, explained that the disengaged political appointees constituted 30 per cent of political officeholders.

The governor who spoke in Hausa said the rightsizing of civil servants will still go on as planned because of dwindling revenue that is accruing to the state government from the federation account.

El Rufai explained that the rightsizing commenced with political appointees because their details are clearly known, making it more straightforward to disengage them.

“However, civil servants with question marks on the veracity of their data have to be given a chance to clear the doubts before any action is taken on them,” he said

The governor said his government has employed 11,000 more workers in the health sector, Kaduna State University as well as primary and secondary school teachers across the state.

“In March 2021, the salaries of these political appointees amounted to N259 million, while civil servants were paid N3.13 billion, aside from costs related to state contributions to pension, accrued rights and other personnel costs. So, it is false to insinuate that political appointees are the ones that guzzle most of the state’s resources,’’ he added.

Justifying the rightsizing of the public service, he said that all states and the federal government are affected by this shortfall of revenue and some states have even reverted to paying the old monthly minimum wage of N18,000.

“Kaduna State cannot continue to use 84 per cent to 96 per cent of our revenues to pay salaries of less than one per cent of the population. The rest of our people, all 99 per cent of them, need better schools, hospitals, water supply, roads, markets, and support for agriculture to make a living outside government,’’ he said.

The governor however promised that Kaduna state would not reverse the N30,000 minimum wage that it has started paying.

“The unified Local Government Service continues to pay the minimum wage, even though they varied the consequential adjustments for their workers below the level for state civil servants.”

I am distressed, depressed by killings in Nigeria – Buhari