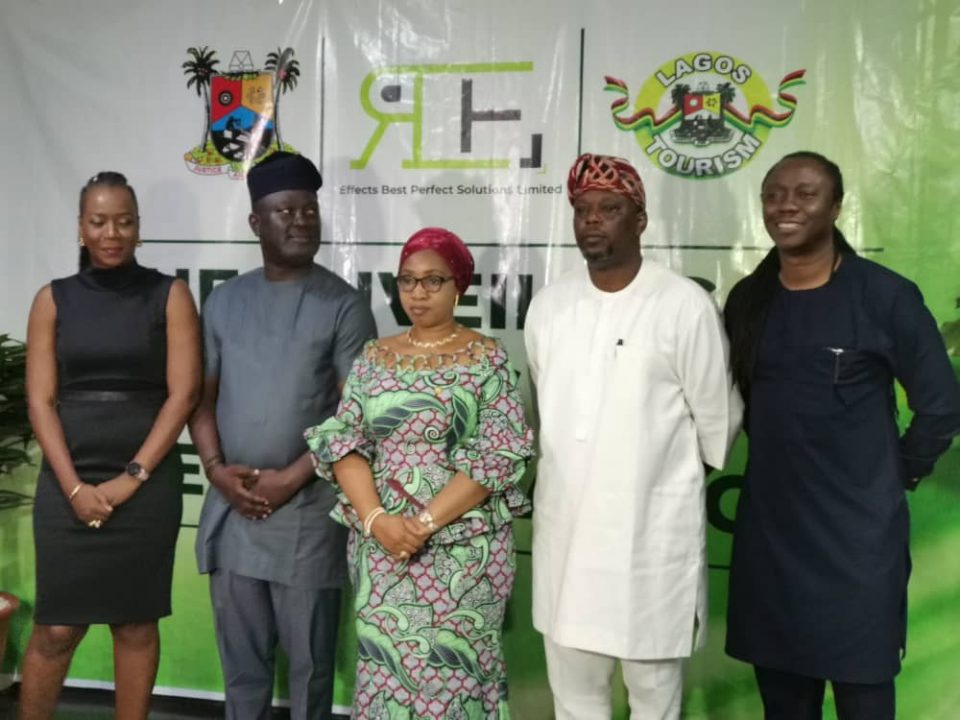 By Adeleye Adeyemi
The Lagos State Ministry of Tourism, Art and Culture has unveiled a Lagos Family Reality Family TV Show aimed at reigniting national unity in diverse cultures in the country.
The Commissioner for Culture and Tourism, Mrs Uzamat Akinbile-Yussuf made this known at the unveiling of the judges and logo to newsmen in Lagos on Wednesday.
Akinbile-Yussuf said the reality show had come at a better time when some group of people were calling for separation.
According to her, however, our differences should unite us and not separate us because this show promise to bring together different families from the 36 states that reside in the state.
She noted that the organisers had selected Lagos for the show because the state comprised of all ethnic groups in the country with diverse culture and ways of life that distinguish the state as a great state.
The commissioner noted that the show would have 36 families from each states, which were resident of Lagos, adding that the show would be aired for the period of 13 weeks.
“Lagos state, like Nigeria, is home to all ethnic groups who have lived harmoniously together for centuries despite their diverse ways of life.
She observed that there had been a recent clamour for disintegration from various quarters as if that would be a solution to the national issues.
“Therefore, as a model for national unity and a testimony that Nigerians are better together, the state created the family show to reignite our national unity.
“The show will also elicit a sense of pride and grow the knowledge about the country, states, our culture, history and values.
“There will be 36 families that will slug it out over a period of 13 weeks to determine the star-prize winner of N20 million cash prize.
“Other prize are an SUV and N30 million to execute community projects in their local government of residence,” she said.
Mr Leke Ajayi, the convener of the TV show explained that the essence the show was created was to reignite unity and publicity of families across the 36 states in the country.
Ajayi who is also the Managing Director of Best Perfect Solutions Limited said the programme would elicit the state sense of pride and grow knowledge about the country, states, their culture, history and values.
The convener said the TV show was centered around inspiring spirit of unity and noble values among the people of Lagos.

He said the state was selected because it was a metropolitan state that accommodated almost all tribes in the country, adding that the show was also to appreciate the role of the family in the state and the country.
Ajayi said the winning family would emerge after surpassing all other families in other competitions that would revolve around advancing its national and state history, values and culture.
He said that the judges were Yeni Kuti, Ifeoma Fafunwa, Segun Lawal of the Spirit of David.
Ajaji noted that the instructors were Kathy Ige-Segun Obe, Yemi Disu, Chef Renee, Gbenga Yusuf while the Oluwanifishe Ajayi, Benneth Ogbeiwi would co-host the show.
Also, Mrs Temitope Jemerigbe, the Managing Director DKK, said the show promised to amplify the right value within the people of the state.
She noted that the show would create a right platform of unity without segregation within the people of the state.

Reps fume over failure of MDAs to appear at investigative hearing