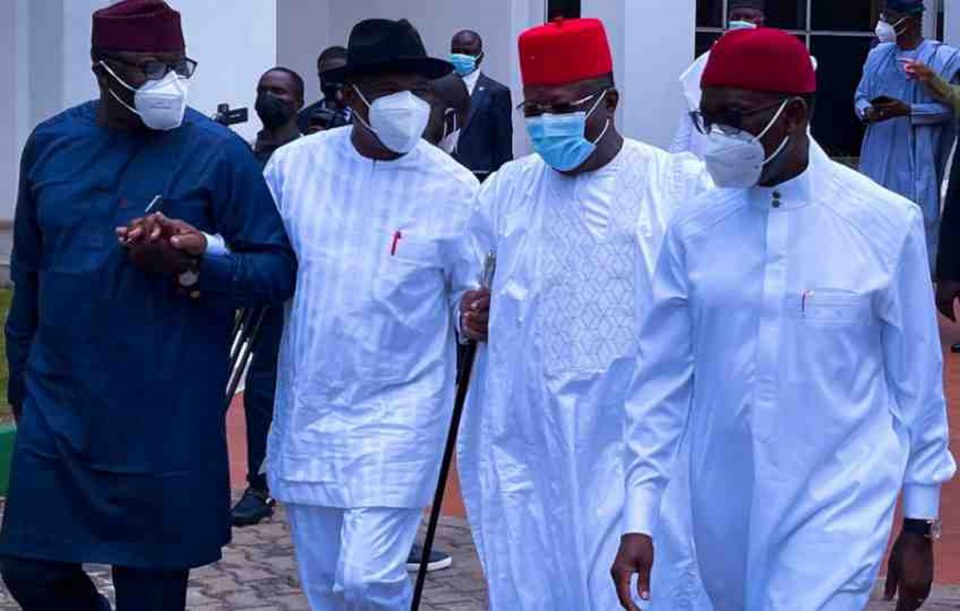 Southern governors, on Monday, resolved that security agencies must notify them as the chief security officers of their states before they carry out any operation within their domain.

This was contained in a communiqué issued today at the end of the governors’ meeting in Alausa, Ikeja, Lagos State. It was signed by the Governor of Ondo State and Chairman, Southern Governors’ Forum, Oluwarotimi Akeredolu, SAN.

The communiqué didn’t explicitly mention the recent raid of the Department of State Services on the Ibadan residence of Yoruba activist, Sunday Adeyemo also known as Sunday Igboho, but the decision of the governors was a veiled reference to the incident.

The PUNCH had earlier reported that the DSS on Thursday morning around 1am invaded the residence of Igboho in a Gestapo style. Though Igboho had escaped the raid, his house and cars were riddled with bullets while bloodstains splattered over the floors of the house. The DSS also said it killed two of his associates in a gun duel. Thirteen of Igboho’s guards and close associates were later paraded in Abuja on Thursday evening.

The secret police had since declared Igboho wanted. The activist is being accused of stockpiling weapons to destabilise the country under the guise of agitation for Yoruba nation but he has since denied the allegation, saying he protects himself with charms and not weapons.

The DSS invasion has been condemned by many socio-cultural groups in the South-West including Afenifere. Also, Nobel Laureate, Prof. Wole Soyinka, has condemned the invasion which he described as “bizarre”.

Many Nigerians on social media have lamented the audible silence of the governors in the zone after over four days since the secret police invaded Igboho’s residence.

But the governors in the communiqué issued at the end of their meeting said: “The Forum reviewed the security situation in the country and commends security operatives for their relentless efforts in restoring security and safety and commiserates with families and loved ones of those who have fallen in the line of duty; “Re-emphasised the need for State Police.

“Resolved that if for any reason security institutions need to undertake an operation in any state, the Chief Security Officer of the State must be duly informed.

“Frowns at selective criminal administration of Justice and resolved that arrests should be made within the ambit of the law and fundamental human rights.”