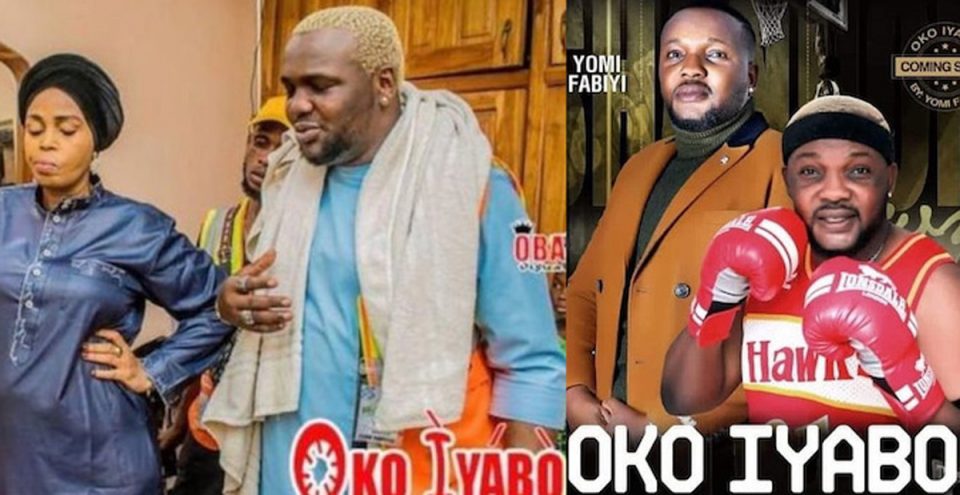 The film which was pulled down from the video-sharing platform less than 24-hours after it premiered, depicted the sexual assault case involving fellow actor, Olanrewaju Omiyinka, popularly known as Baba Ijesha.

Baba Ijesha was arrested in April for sexually assaulting a minor, the foster daughter of comedienne, Princess. One of the scenes in “Oko Iyabo” was an exact reenactment of the viral CCTV video footage which implicated Baba Ijesha.

Fabiyi had earlier insisted that the film was actually meant to “correct” the child abuse and assault. “The movie is, however, to correct Child Abuse, Assault, Human Rights Abuse and other vices and to state clearly I am not what they claim I am initially. Don’t rush on any negative narrative guys. I am human but will never down play the real issues that concerns children. It is just an expression and I respect polite and superior arguments or opinion. Thank you lovelies,” he wrote in a long-deleted Instagram post.

TAMPAN in a statement released on Friday wrote, “Having listened to the detailed defense of Mr. Yomi Fabiyi who is the Producer/Director of the Controversial film “Oko lyabo” and his Co-Director Mr. Dele Matti, the Ethic, Conflict and Resolution Committee hereby found them guilty of professional misconduct and unethical practices.

“Although Mr. Yomi Fabiyi insisted that it is his fundamental human right to use his creative talent to produce films that will tell his own account of the trending issue but his Co-Director admitted his fault and regretted his involvement in the film.”

TAMPAN’s Ethic, Conflict and Resolution Committee found Fabiyi guilty of making a film without recourse to the ethics of filmmaking thereby engaging in a work of art that is wittingly done to cause social crisis.

According to TAMPAN, except the work of art is a “Cinema Verite”, no one is allowed to use real name(s) of other person(s) in a feature film. Therefore it is professional misconduct to use real name(s), stories and factual events of person(s) without their consent not to talk of plot that is denigrating to that person.

“That the story, plot, theme, title, dialogue, names and general content of the film “Oko Iyabo” is a factual presentation that may give rise to prejudice since the matter is already in court. His misconducts and unethical practices have impacted negatively on the image and reputation of our association,” the statement said.

TAMPAN revealed that Fabiyi’s Co-Director Mr. Dele Matti showed remorse and admitted his guilt. For his part, he was suspended for three months.

TAMPAN added that all its members who acted in the film have been summoned to appear before the Ethic, Conflict & Resolution Committee on the 24th July 2021.

FG to clampdown on Arik, Bi-Courtney as debts hit N37b