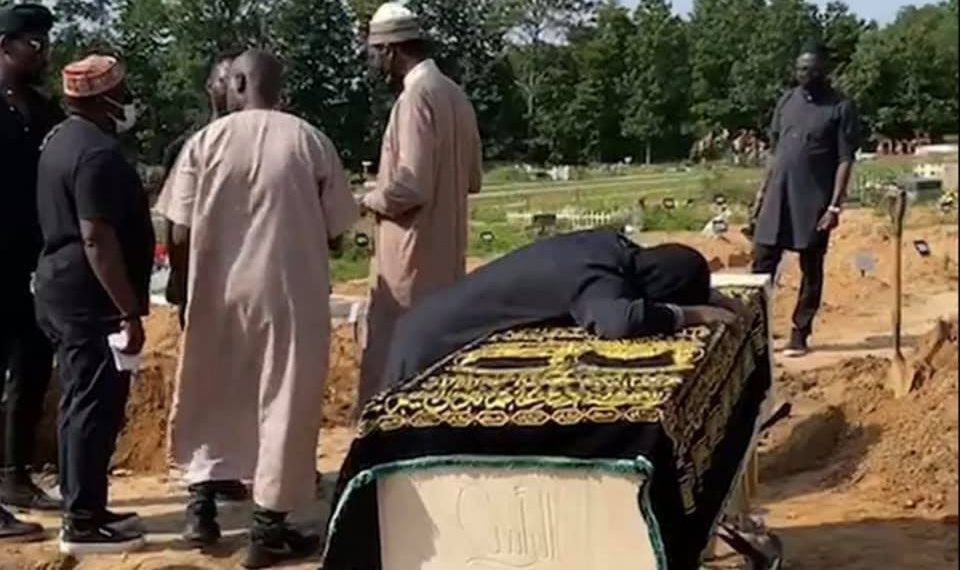 The late multi-talented singer who passed on at the age of 44 following his battle with Angioimmunoblastic T- Cell Lymphoma was buried at 3:00 PM New York time at the Marlboro Muslim Cemetery, Morganville, New York.

The late Sound Sultan is survived by his wife, three children and siblings.