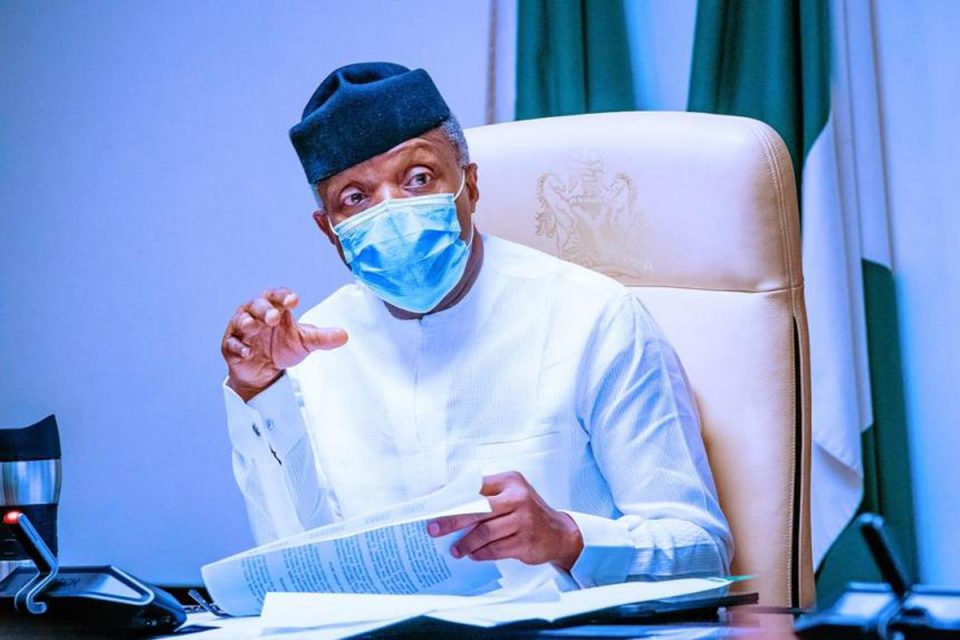 President Muhamamadu Buhari has lamented the huge loss of revenue to maritime criminality.

The President stated the loss at a whopping $26.3 billion yearly, a development, he said, had become harmful to the economy and safety of citizens.

According to the President, the country’s hydrocarbon resources which are domiciled in the maritime environment remain the mainstay of the nation’s economy, adding that it accounts for 55 per cent of the Gross Domestic Product (GDP), 95 per cent of export earnings and about 70 per cent of government revenue.

Buhari, who made this at the inauguration of the Falcon Eye Project at the Naval Headquarters, said given Nigeria’s economic aspirations and commitment to international trade, ensuring the security of shipping lanes within and approximate to waters is in national interest.

According to the President, who was represented by the Vice President, Yemi Osinbajo, “the maritime industry occupies a prominent position in the matrix of our vital economic interests and it encompasses activities ranging from fishing and resource exploration to marine research and shipping among other endeavour. Of all these activities shipping stands out as a critical link in Nigeria’s international trade engagements because it is the cheapest and the most efficient means of moving large volumes of goods.

“Given our economic aspirations and our commitment to international trade, ensuring the security of shipping lanes within and proximate to our waters is in our national interest.”

“The integration of these sensors into the Falcon Eye system generates a real-time situational awareness of the activities within our maritime environment for further analysis”.

The National Security Adviser (NSA) Majo-General Babagana Monguno (rtd), said the project was borne out of the necessity to combat the myriad of security challenges within the maritime sector, ranging from “cases of kidnapping of oil workers, sea robbery/piracy, incessant problems of crude oil theft, illegal bunkering, hostage taking, maritime terrorism amongst a host of other criminal activities perpetrated within the maritime domain”.

He further said: “The contract for the project was signed in 2014 and designed to provide Nigeria with an effective surveillance capability of her entire maritime domain. Most importantly, this facility provides a total radar coverage of Nigeria’s maritime environment which would greatly assist the Nigerian Navy to achieve its operational objectives”.

The Chief of Naval Staff, Vice Admiral  Awwal Zubairu Gambo, in his speech, observed that, “the Falcon Eye System incorporates surveillance and intelligence capabilities that enable decision making on shipping activities, maritime safety and violation of maritime laws. The system combines various sensors such as Coastal Radars, Over the Horizon Radars, Cameras to generate a comprehensive picture of the Nigerian maritime environment”.

Cross River communities where girls are used as collateral, turned into sex slaves