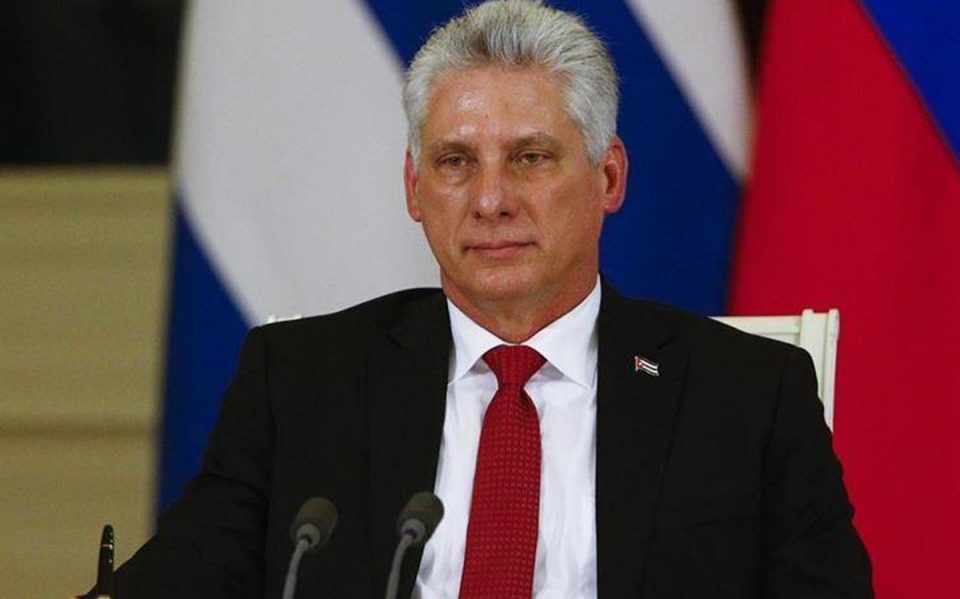 Cuba’s President Miguel Diaz-Canel on Saturday denounced what he said was a false narrative over unrest on the Caribbean island, speaking during a rally alongside ex-president Raul Castro and before thousands of supporters in Havana.

“What the world is seeing of Cuba is a lie,” Diaz-Canel said, denouncing the dissemination of “false images” on social networks where they “encourage and glorify the outrage and destruction of property.”

One person has died and more than 100 have been arrested, including independent journalists and opposition activists, since the protests broke out over the worst economic crisis in decades.

There is an “overflowing hatred on social networks,” the president insisted.

Cuba cut off internet access on the island from Sunday for three days after the unprecedented protests erupted last weekend.

Social media is the only way Cubans can access independent news outlets, while messaging apps are their main means of communicating among themselves.

Diaz-Canel, who accuses the United States of having provoked the protests, said the “lie” was not committed “by chance or mistake; all this is the cold calculation of an unconventional-war manual.”

“Born to conquer and not to be conquered!” shouted the crowd at the rally, which had gathered at dawn on the Malecon, Havana’s famed oceanfront boulevard.

Castro, 90, was drawn out of retirement by the gravity of the protests.

Shortly before the rally began, police arrested a man who shouted “Patria y Vida” (“Homeland and Life”), the title of a protest rap song which became the anthem of the anti-government demonstrators, AFP journalists saw.