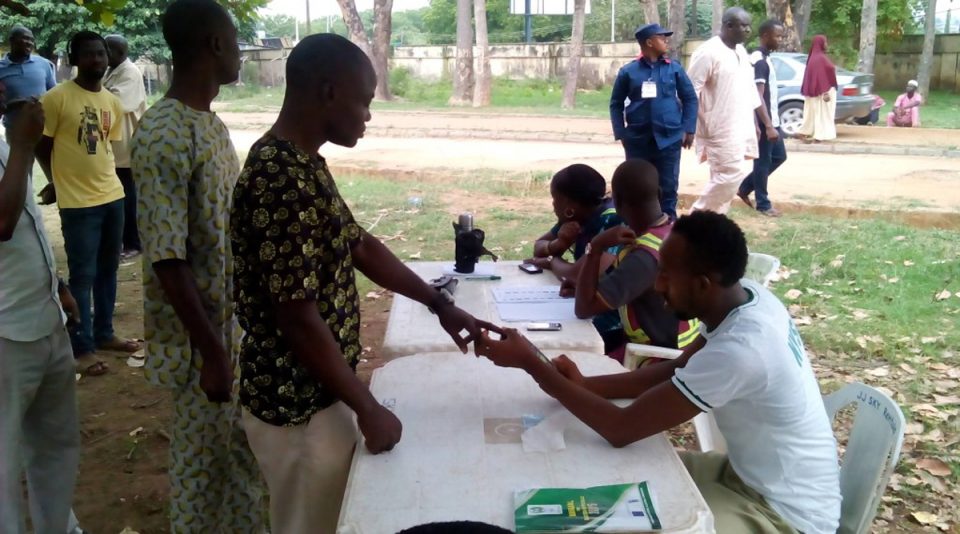 Some officials of the Lagos State Independent Electoral Commission (LASIEC) in Kosofe Local Government Area of Lagos State have attributed their lateness to polling centres to non-availability of card readers.

They said on Saturday during the Lagos State Local Government Area election at Ward G, Polling Unit 040\041, Ogudu Junior Grammar school, GRA, Ogudu, that they had use manual identification for the elections.

The presiding officer at Unit 041, Ward G, Mr Abiodun Bisayo, said the delay was due to the fact that presiding officers had to wait for LASIEC officials to give them card readers, stressing that they left for the voting centres when they were told to use manual identification.

“It is not our fault for coming late, the LASIEC officers are responsible. We have all other materials, except the card readers,” he said.

His counterpart at Unit 040, Ms Jenipher Osayande, corroborated his claim, stressing that they had other materials for the elections, except the card reader.

“We are going to use manual identification as there is no card reader,” she said.

Madam Ebun Babatunde, 83, said that she got to the venue at about 5.30 a.m. from her residence in Ikorodu.

She said she registered at Ogudu but relocated about two years ago, stressing that she left Ikorodu early in the morning due to the restriction of movement by the Lagos State government.

Babatunde said she came to vote because it was her civic responsibility, calling on those to be voted for to represent the people and not their selfish interests.

She urged voters to always vote for the best persons that would do well for the people. “I have participated in all elections in Nigeria because I believe my vote will count.

“Even in the Bible, some people were elected. Election is biblical. I am not happy as at now (8.45 a.m.) that the LASIEC officials are not here yet.  They told us to come on time.”

However, reports that voting started at the units at 9.50 a.m. with less than 20 people around.