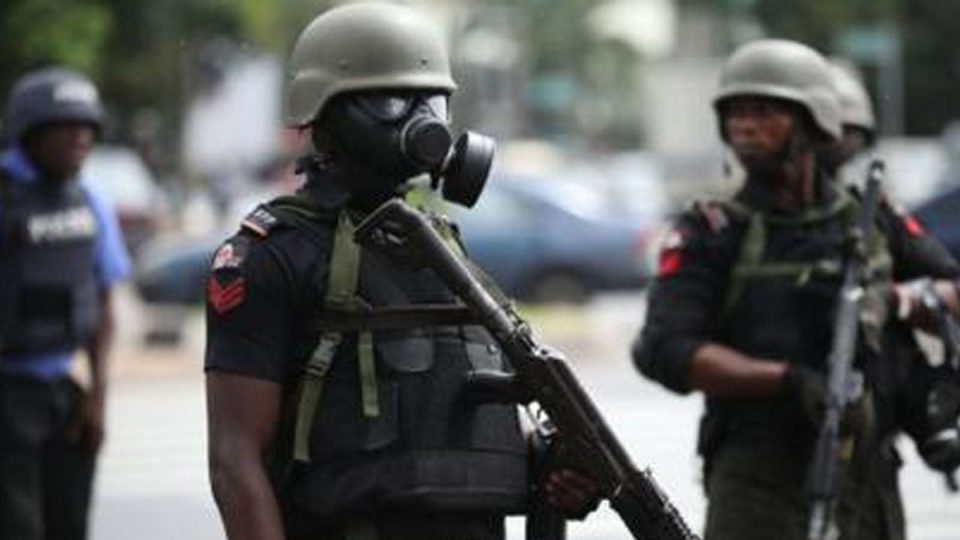 The Osun Police Command says it is on the trail of the armed robbers that attacked two commercial banks in Iree, Boripe Local Government Area of Osun State, on Thursday.

The police also confirmed that the robbers killed a police constabulary and carted away undisclosed sum of money during the operation.

Osun Police spokesperson, SP Yemisi Opalola, said in a statement that about 20 armed men carried out the attack in which four other civilians sustained gunshot injuries.

“The armed robbers, numbering about 20, came in commando-like style with about four vehicles and simultaneously attacked Iree Divisional Police Headquarters with explosives and several gun firing.

“The robbers attacked the police division in an attempt to disorganise, incapacitate and destabilize the police officers who were in a fierce gun battle with them, while they were robbing Access Bank and the United Bank for Africa simultaneously.

“The attempt to attack the Police Division Armoury was repelled and thereby unfruitful.

“The robbers, after being overwhelmed by policemen comprising CP’s Surveillance team, IRT, PRU, Anti-Kidnapping, STS, 39 PMF, JTF along with local security outfits, took to their heels.

“The police, thereafter, gave the criminals a hot chase, recovered four of the vehicles used for the operation along with some live ammunition.

“Some of the robbers subsequently fled into the bush with bullet wounds and also carted away certain amount of money yet to be ascertained from the banks.

“The police, jointly with local security outfits, have been combing the bushes in a bid to arrest the robbers.

“It is very unfortunate that in the course of the robbery, one Police Special Constabulary, named Dauda Jelili, was shot dead; while four civilians were injured and receiving treatment in a hospital.

“The Osun Commissioner of Police, Olawale Olokode, therefore, enjoins good people of the state to cooperate and collaborate with the police by giving prompt and useful information to nip in the bud all criminal activities before they happen, as it is said that ‘Prevention is better than cure’.

“The CP also appeals to members of the public to inform the police of any suspected person or persons with gun/bullet wound,” the statement reads.

Jackie B confronts Maria for calling her ‘wh–e’

Eagles’ loss was undeserved but to a better team, football stakeholders say

Gbajabiamila condoles with Dangote Group over death of Vice Chairman