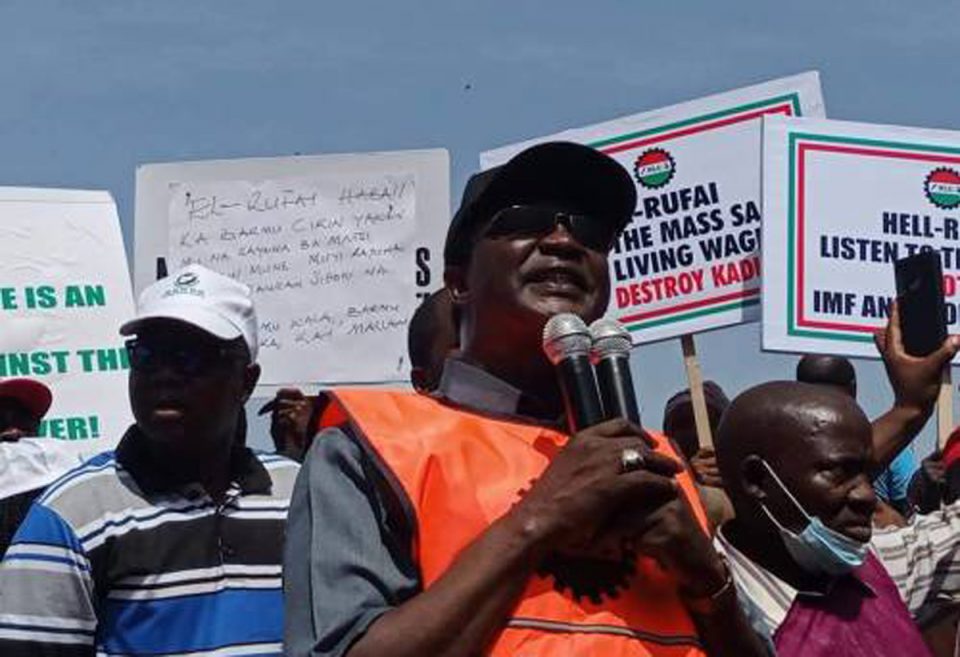 The Organised Labour has urged the Federal Government not to flout the agreement entered with the FGN-Labour Committee on Electricity Tariff to freeze further increase of electricity tariff.

The President, Nigeria Labour Congress (NLC), Mr Ayuba Wabba, gave the warning in a statement on Friday, in Abuja

Wabba said the organised labour was committed to the freezing of further increase in electricity tariff.

According to him, the attention of the NLC has been drawn to a report in one of the dailies on Sept. 21 that the electricity tariff would rise by over a hundred per cent from January 2022.

“The story was purportedly distilled from the remarks of the Special Adviser to the President on Infrastructure at the stakeholders’ engagement of the Nigerian Electricity Regulatory Commission (NERC) held in Lagos on Sept.17.

“To be charitable, Congress had received a refutation of the newspaper report from the Special Adviser and Secretary of the FGN-Labour Committee on Electricity Tariff earlier on Sept. 21.

“He also apprised Congress leadership that he had been contacted by some other newspapers between Sept. 8 and Sept. 20 for confirmation of the story and that he categorically debunked the basis and essence of the attributed statement.

“To quote the Special Adviser, ‘the press article and statements ascribed to me did not emanate from me or my office,” he said.

Wabba said the Special Adviser ended with the commitment to “engagements with our Labour colleagues in furtherance of joint goals to improve the power sector and the Nigerian economy.”

The NLC president noted that fortunately, the rebuttal by the Special Adviser came before the newspaper was supplied to Congress National Secretariat.

“We, however, note that the relevant part of the newspaper report revolves around the point that “the Federal Government is ending N300billion subsidy by January 2022.

“In essence, Congress hopes that the newspaper report was an overly extended interpretation of the ostensible plan to end the subsidy of the electricity sector.

“It is rather significant to state that the existence of a subsidy or lack of it in the electricity sector is one of the contentious matters the FG-Labour Committee on Electricity Tariff was mandated to handle,” he said.

Wabba, however, reiterated that one of the agreements with the Federal Government on Sept. 28, 2020, included freezing further increases in electricity tariff.

“This is until the FGN-Labour Committee on Electricity Tariff concludes its work and its report is submitted and adopted by the Principals in the broad FG-Labour platform, led by the Secretary to the Government of the Federation and the Presidents of NLC and TUC, respectively.

“This pact to freeze electricity tariff increase entered into by the Principals last year September remains sacrosanct to Congress and would not admit flouting by any form of subterfuge.

“Despite the suppositions, fibs and fabrications, possible prevarications, Congress is inclined to dismiss the probable increase in electricity tariff as a mere conjecture.

“We would, however, be mindful to carefully track the various rumours, decoys and perhaps, arrant mischief concerning the management of electricity tariff,” he said.

He also said accordingly, congress would indeed keep a monitoring tab on the work of the committee.

He said that congress urges the committee to hasten its work and present a report to the Principals in the shortest time.

“Finally, congress reaffirms its notice to the Federal Government issued on Aug. 30.

“That should the government make true the swirling speculations by approving an increase in electricity tariff, organised labour would be left with no option than to deploy the industrial mechanisms granted in our laws for the defence of workers’ rights,” he said.

US troops pull out of Afghanistan, ending 20-year war