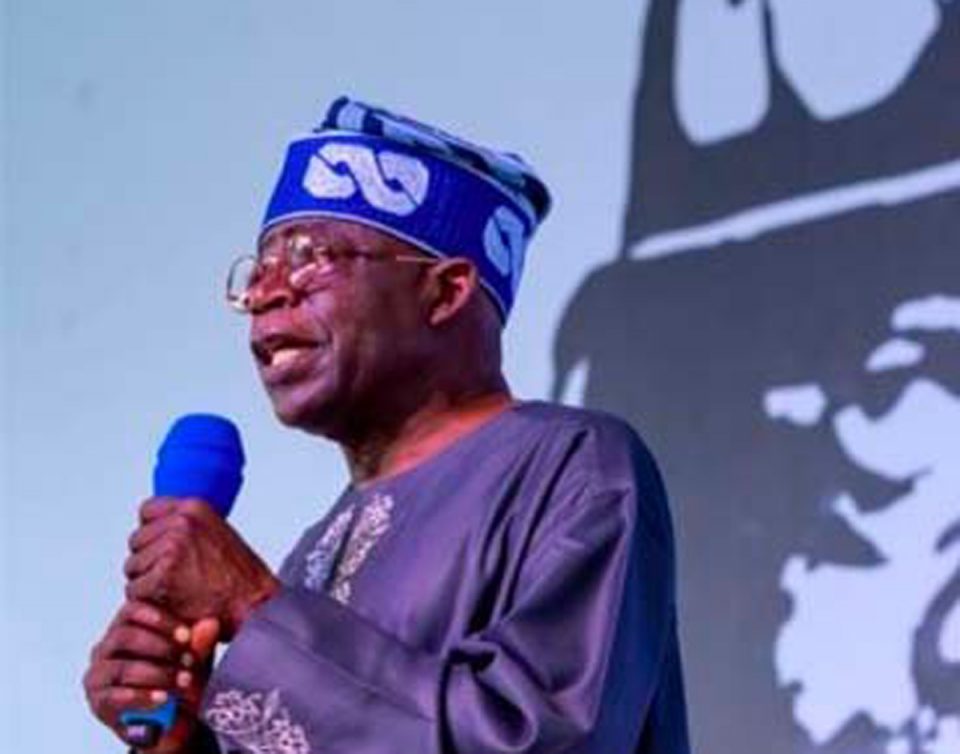 With the return of the National Leader of All Progressives Congress, Senator Bola Tinubu to the country after a three-month medical vacation in the UK, Segun James writes that his presidential ambition is set to heat up the polity

In the smouldering political landscape of the ruling All Progressives Congress (APC), the future seems to be hanging on the shoulders of two men – President Muhammadu Buhari and Senator Bola Ahmed Tinubu. While one will complete his second and final term in office in about a year and a half, even if controversies continue to dog his handling of the affairs of the nation, the other is strategising to take over from him at all costs, despite the rising opposition from the enemies.

Both have controversial legacies but it is the ambition of Tinubu that is heating the polity, even though the next general election is still over one year away.

When Tinubu returned to the country suddenly last week from the United Kingdom after a successful knee surgery, it took the nation by surprise.

The return coincided with the launch of a campaign group for him, SWAGA 23, by the Lagos State Governor, Mr. Bababjide Sanwo-Olu, barely 24 hours earlier.

To political observers, the return to Nigeria after three months was well-timed. With the state congress of the APC barely a few days away, he may have come back to strategically position his favoured candidates, particularly in the South-west, and to consolidate on his stranglehold on the party in the region.

After nearly eight years at the helm of Africa’s biggest democracy, President Muhammadu Buhari is expected to hand over the reign of political power in 2023. He would have completed his two terms as president and hand over to a southerner in line with the gentleman’s agreement entered when the party was formed in 2014. As part of the unwritten gentleman’s agreement between the political blocs within the party that power must rotate between the North and the South. And Tinubu is determined that this agreement is implemented. His coming out in full force even after some voices in the North had suggested that the region may not honour the agreement buttresses his resolve.

It is not surprising that the Tinubu’s move is heating the polity.

Last year, President Muhammadu Buhari’s nephew, Malam Mamman Daura was quoted in an interview with the BBC, as saying that the next president should not emerge based on zoning but competence.

Daura is the most influential figure around the president. He said he preferred Buhari’s successor in 2023 to be chosen based on competence and not via zoning, an unwritten political arrangement between political leaders from the north and south that rotates power between the regions every eight years.

But Tinubu appears to be determined to defy all odds against the 2023 project.

Mystery, strategy and authority are the three powers able to hold the people together and Tinubu seems to radiate these. Some people may rather not admit it, but Tinubu is now the issue in Nigerian politics.

That he will throw his hats into the presidential ring will not be surprising. He tested the political waters in January when he stormed Kano State for a lecture on his birthday. Political leaders from the north trooped out to meet and celebrate him.

He has not contested any election since he left office as governor of Lagos State in 2007 to become the political godfather in Lagos politics, a position he used to catapult himself into a formidable force in the national politics. His cult of followers keeps growing. At a time when confidence in the nation’s political leadership is at a record low, he still holds sway in the richest state in the country.

Tinubu is a complex and vibrant man – voluble and mercurial, yet cool under pressure. Above all, he is a strategic thinker who can adapt to changing circumstances. His men adore him, not just because he takes care not to waste their time in futile ventures but holds their back all the time.

Some of the best hands this present administration could offer are the products of the Jagaban – Vice President Yemi Osinbajo, Hon. Femi Gbajabiamila, Mr. Babatunde Raji Fashola, Mr. Rauf Aregbesola, Mr. Sunday Dare, and a host of others.

To a lot of Nigerians, both friends and foes, Tinubu is one man who must be respected or locked down, depending on one’s political divide.

Having been credited with the success of President Muhammadu Buhari in the 2015 presidential poll, after Buhari’s three failed attempts, Tinubu is set to play another big role in 2023. But from all indications, it will surely be at a huge cost.

For over two decades, with a soft voice, he held Lagos tightly with an iron fist. As governor, he survived the onslaught of Chief Olusegun Obasanjo as President who greatly decimated his then party, the Alliance for Democracy (AD), leaving him the only governor standing in 2003 out of five.

In the midst of these, he pursued his own economic and political agenda and strategy, keeping Lagos from being dependent on allocations coming from the federal purse to the chagrin of Obasanjo who had vowed that winning Lagos was a “do-or-die” battle that must be won.

He frustrated Obasanjo so much that he called off the presidential bluff when the president refused to release local government councils funds over the creation of new councils areas by the state government.

In his words, nothing was more important than seeing off Obasanjo, which in turn could only be achieved by the unyielding exercise of financial strength. This view was not in itself unusual, but what made it remarkable and formidable, were the clarity, elegance, intellectual power and street sense with which it was carried out. Hence, he weathered the storm created by Obasanjo.

By 2023, Tinubu will be 71 years. He would not be the oldest Nigerian to contest the presidency, but he will be one of the old men that have been ruling Nigeria recently, assuming he becomes president.

To his enemies, nothing is more important than seeing off Tinubu from the political field, which in turn could be achieved only by the unyielding exercise of brute strength, but they have met a match in Tinubu.

If nicknames mark the measure of a man, then, Tinubu would be a giant. Over the years, he has been called Jagaban, Yoruba leader, APC national leader, the de facto governor of Lagos State, Enfant Terrible of Nigeria’s politics, and most endearingly, the Asiwaju.

This multitude of names is a reflection of the controversy that has long surrounded the populist radical.

To his growing army of followers, the nation is facing a crisis, a crisis of effective leadership.

Tinubu, they insist, possesses the qualities that can make a country great – competence, capacity, capability, which will foster innovation, create jobs and provide more economic opportunities for the people, who have been rendered hopeless by mindless tribalism, as well as ethnic and religious sentiments.

With his return from the UK, the country is set to witness more political permutations ahead of 2023.

Kyari Bags “The Sun Man of The Year” Award

How my husband was burnt alive in South Africa – Lydia