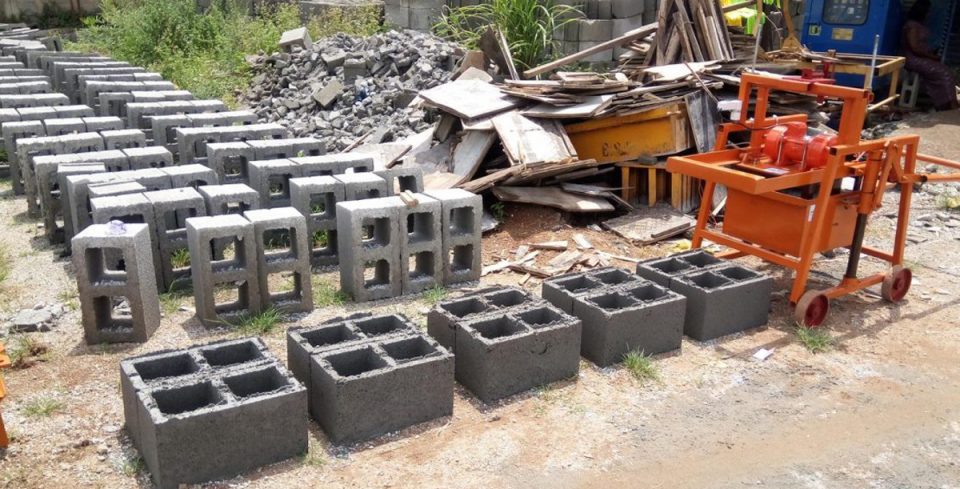 The Standards Organisation of Nigeria (SON) in collaboration with Dangote Group has trained block molders and allied products manufacturers in Northern Nigeria on quality standards to avert building collapse in the region.

SON Director-General, Malam Farouk Salim, said on Monday in Jos that the training became imperative because of rising cases of building collapse in the country.

Salim, represented by the North-Central Regional Coordinator of SON, Mr Albert Wilberforce, said that block molders and allied products manufacturers were crucial in tackling the menace that claimed many lives in recent times.

“This is necessary, especially with current happenings across our country about issues of building collapse where we have lost promising Nigerians especially young ones.

“Some people go into block molding business for the sole purpose of making money without knowing the technicalities required for them to have a quality product.

“So, that is why we decided to collaborate with Dangote Group who have certified quality cement to organise this workshop,” he said.

He said that the times where people did things anyhow relying on their personal experiences instead of standards, were over.

According to the director-general, the key component in the block industry is cement which Dangote products were tested and fully certified to be of standard.

He said that mixing ratio, quality of water and curing of molded blocks were other elements to be taken seriously in order to produce standard blocks.

“For example, if the block is not cured properly, it cannot get the desired strength.

“It is not going to be good for construction of any type. So, we expect that people will be properly educated and let them know the technicalities of the business that they are involved in,” he said.

Salim assured that SON would continue to move around to test blocks and also encourage the block makers, especially those that were credible, not to compromise the quality.

Mr. Isma Iliya, North-East Regional Director of Dangote Cement PLC, said that Nigeria needed all professionals’ hands to be on deck to strengthen the quality of the building industry in the country.

Iliya commended SON for partnering with the Dangote Group to bring the stakeholders together to tackle a major problem bedeviling the industry.

He said that in spite of the quality of Dangote products, the company continued to confer with its customers to get their suggestions to keep improving the quality of their.

Gov. Simon Lalong who was represented by the state Commissioner for Special Duties, Mr Jerry Werr, lauded SON and the Dangote group for the initiative to train critical stakeholders in building industry.

Lalong urged those involved in the block industry to ensure that highest professional standards were adhered to.

“When you are buying these products ensure that they are of high quality.

“If you are a layman, please engage a professional to guide you on checking and maintaning the quality.

“If you want to cut cost and compromise quality, know that the damage cannot be quantified at the end of day,” he said.

Plateau Coordinator of SON, Mr Gambo Dimka, said that building professionals, manufacturers and dealers were the tripod on which solution to building collapse lied.

Dimka said the training would create the consciousness required in building professionals and the implementation of standard requirements for safety and improvement of lives.