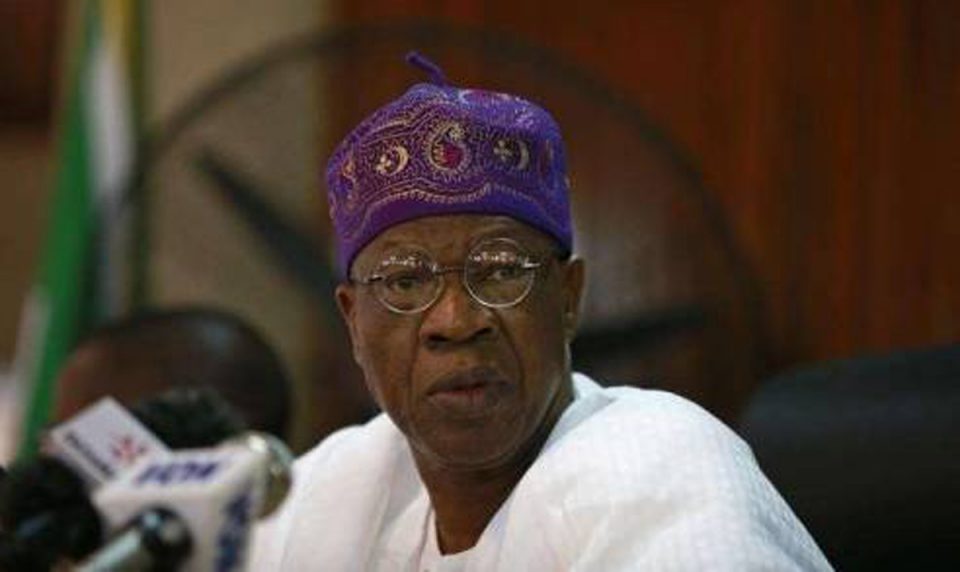 The United Kingdom on Monday justified its travel ban on Nigeria, saying the measure was a temporary measure aimed at protecting its public health.

The Head of Communications, British High Commission, Dean Hurlock, stated this in response to inquiries from The PUNCH on Monday evening, just at the Federal Government said the Presidential Steering Committee on COVID-19 would respond to the travel ban.

The Minister of Information and Culture, Alhaji Lai Mohammed, who said this at a press conference in Abuja on Monday, described the travel ban as discriminatory.

Britain had on Saturday  banned  Nigerian travellers after it said it discovered 21 cases of the Omicron variant in people who recently visited Nigeria.

Last week, Canada banned Nigerian travellers after the detection of the variant in persons who  visited Nigeria.

The Minister of Health, Dr Osagie Ehanire,  in an interview  on Channels Television’s ‘Politics Today’ programme on Sunday, faulted the ban, saying it would hurt livelihoods.

But the Head of Communications, British High Commission,  Hurlock,   said the UK was aware of the significant impact of the travel ban.

He also noted that the decision would affect people in both the UK and Nigeria, particularly at this time of the year, but stated that it was a precautionary measure meant to protect public health in England.

Hurlock, said, “We know that this decision will have a significant impact on people in both our countries, particularly at this time of year.”This decision is a precautionary measure to protect public health in the UK, while we try to understand this new variant.

“These are temporary measures that have been introduced to prevent further Omicron cases from entering the UK, and will be examined at a review point on December 20.”

The commission stated that it would continue to work with the local authorities in tackling the pandemic.

But earlier on Monday, the Minister of Information and Culture, Mohammed, condemned travel bans   by the UK, Canada, Indonesia, Hong Kong and others.

The minister, who is also a member of the steering committee, said, “As you are aware, Britain has put Nigeria on its red list and banned foreign travels from our country.

This is as a result of the discovery of COVID-19 cases, Omicron variant, in Nigeria. Britain now joins other countries, including Canada, which has taken a similar action against Nigeria over Omicron.

“Let me say straight away that it’s up to the Presidential Steering Committee to respond to this action by the British government and others, and I have no doubt that the committee will respond appropriately.”

Mohammed argued that the decision of Britain was based on discrimination and prejudice and not science because so far, no one had died of the Omicron strain.

He said it was obvious that many in the West were upset that their predictions on COVID-19 infections had failed to materialise.

The minister noted that many from the UK had also tested positive in Nigeria but Britain was not banned.

He also explained why Nigeria still received South African President, Cyril Ramaphosa, and his entourage despite the country recording a large number of Omicron cases.

He said even the United Nations had faulted the recent travel bans, adding that it was nonsensical and nothing but travel apartheid.

He faulted claims that Nigeria deserved to be banned because 21 persons with history of travel to Nigeria had tested positive in the UK.

The minister wondered why other European countries were banned by the UK including those with Omicron cases.

The minister argued that the travel ban was counterproductive and wondered why British citizens coming from Nigeria were still allowed in.

“How do you slam this kind of discriminatory action on a country of 200 million people, just because of less than two dozen cases? Whereas British citizens and residents are allowed to come in from Nigeria, non-residents from the same country are banned.

“The two groups are coming from the same country, but being subjected to different conditions. Why won’t Britain allow people in both categories to come in, and be subjected to the same conditions of testing and quarantine? This is why this decision to ban travellers from Nigeria, who are neither citizens nor residents, is grossly discriminatory and punitive.”

Mohammed maintained that developed nations must understand that until everyone is safe, no one is safe.

Speaking in a similar vein, the Minister of State for Health, Dr Olorunnimbe Mamora, said the presidential committee would take a decision soon.’

When asked if Nigeria would retaliate, Mamora said it was not about retaliation but more of what would be in the best interest of Nigerians.

The minister, however, faulted the UK and others for banning travellers from Nigerians.

“It is not about retaliation but what is best for our country. The PSC will take a decision on the matter soon but it will be in the best interest of our country. Even the United Nations described the act as travel apartheid. That is exactly what it is,” Mamora said.

Also, Nigeria’s high commissioner to the UK , Ishola, described the travel restrictions imposed on the country as “apartheid”.

Speaking on a BBC radio programme on Monday, Ishola said the ban on Nigeria was “travel apartheid”

The high commissioner said what was expected of the UK was a global approach and not a selective measure, adding that most Omicron cases in Nigeria came from elsewhere through travellers.

In a related development, British Airways on Monday informed travel agents in Nigeria about the restriction of flights from Nigeria to the UK following the ban.

It disclosed this in a notice, titled, “Restrictions for travel from Nigeria to the UK,” which was sent to travel agents of the international carrier that operate in Nigeria.

This came as it was gathered in Abuja on Monday that most passengers of the airline stayed away from the Nnamdi Azikiwe International Airport, Abuja, due to the restrictions by the carrier and the ban on Nigeria by the UK government.

The notice by British Airways to travel agents read in part, “As a result of the UK government placing Nigeria on to the red list, we continue to closely monitor the situation and adjust our schedule accordingly.

“All customers travelling from Nigeria must follow the UK government’s rules on arrivals from a red-list country and have a negative PCR test result within the 48 hours prior to their departure from Nigeria.”

It added, “Only British or Irish nationals or customers who have residence rights in the UK will be allowed to enter the UK, where they will be required to quarantine in a government facility.”

The airline further explained that arrivals from Nigeria would land at Heathrow Terminal 5 where any customer whose journey terminates, would be taken on a bus to Terminal 4 for processing.