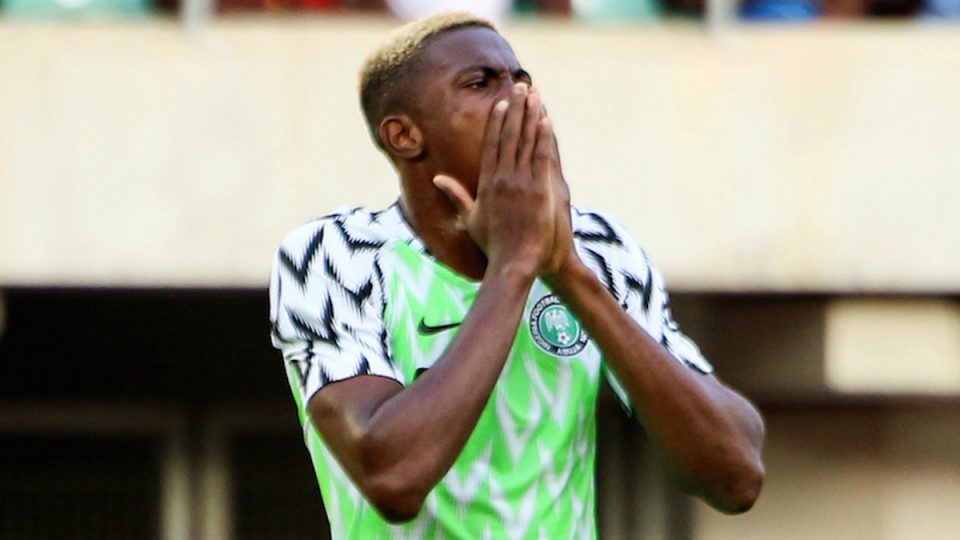 Nigeria and Napoli striker, Victor Osimhen, has contracted COVID-19 a second time and Nigeria Football Federation (NFF) sources have also confirmed that he has pulled out of the Africa Cup of Nations starting in barely 10 days.

The 23-year-old has reportedly cancelled his planned journey to his base in Naples, Italy for checkups on his cheekbone injury before flying to Cameroon for the tournament.

In a terse statement issued by Napoli Thursday, Osimhen was told to self-isolate in Nigeria while his scheduled checkup has been rescheduled for another time.

“Consequently, the local authorities have ordered that Osimhen self-isolate and the checkup will be rescheduled after he has tested negative and his period of isolation ends,” Napoli said in the statement that also stressed that Osimhen is asymptomatic.

With all the back and forth drama over his release to Nigeria for the AFCON in Cameroon, an NFF source hinted THISDAY Thursday that Osimhen decided to pull out of the tournament to end the club-country row.

“He has spoken with interim Coach Austin Eguavoen, President Amaju (Pinnick), and even the Sports Minister (Sunday Dare) on his decision to pull out. They all understand the situation and have accepted his position. Victor (Osimhen) is a very dedicated player. Some other players in his shoes would have feigned recovering from the cheekbone injury and turn their backs on Nigeria,” observed the top football source.

Until this second COVID-19 positive test, Osimhen was planning a return journey to Naples to play the Juventus match on January 6.

Osimhen was included in Eguavoen’s final 28-man squad after declaring himself fit to play in the continental showpiece event.

He was initially thought to be out for three months when he suffered the facial fractures after a clash of heads with Inter Milan’s Milan Skriniar on 21 November.

The former Under-17 World Cup winner with the Golden Eaglets at Chile in 2015 required titanium plates and screws to be affixed to his cheekbone and eye socket.

He, however, returned to training two weeks ago wearing a protective mask, giving him a chance of making the AFCON with the Super Eagles.

Before his injury, he recorded nine goals and two assists for Napoli this season, as well as four goals for Nigeria in the 2022 World Cup qualifying series.

There is no official statement yet from the NFF on whether Osimhen would be replaced in the squad.

Blame the display of my boobs on designers, says Dorathy

Cashless policy: Don cautions on what could negate financial inclusion