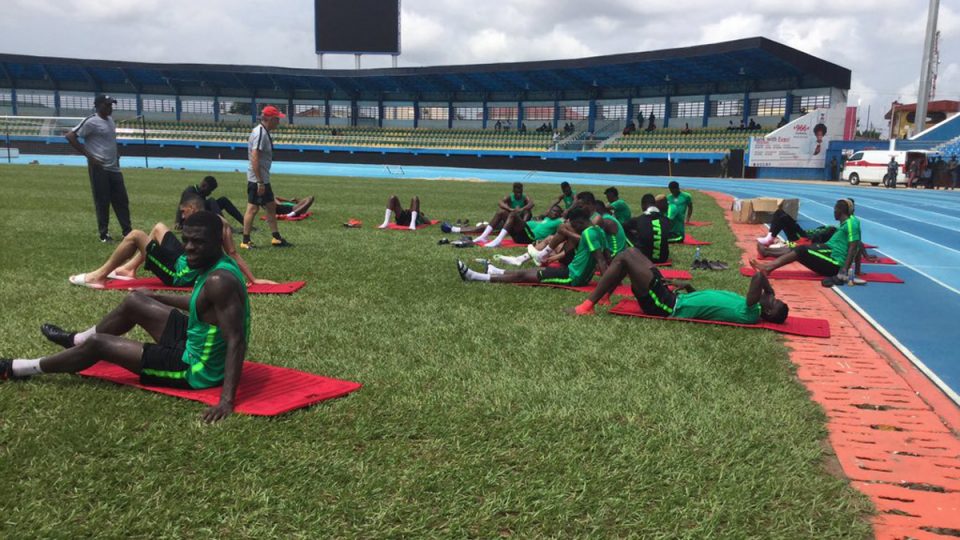 The Super Eagles have intensified tactical training ahead of their clash with Sudan at the ongoing 2021 Africa Cup of Nations (AFCON).

The News Agency of Nigeria (NAN) reports that the team who had a closed door training on Thursday night in Garoua focused more on fine-tunning their tactics ahead of the Saturday match.

A correspondent of NAN in Garoua reports that the training, which started around 5 p.m. at the training pitch of the Stade Roumdé Adjia, Garoua, was open to the media to just take pictures for 15 minutes.

Kelechi Nwakali reduced the tally for team red bib with a beautiful screamer that Maduka Okoye found too hot to handle.

The Super Eagles who currently top Group D with three points take on second placed Sudan (one point) on Saturday at the Stade Roumdé Adjia, Garoua.

The Eagles on Tuesday defeated seven-time champions Egypt 2-1 while Sudan played a barren draw with Guinea-Bissau.