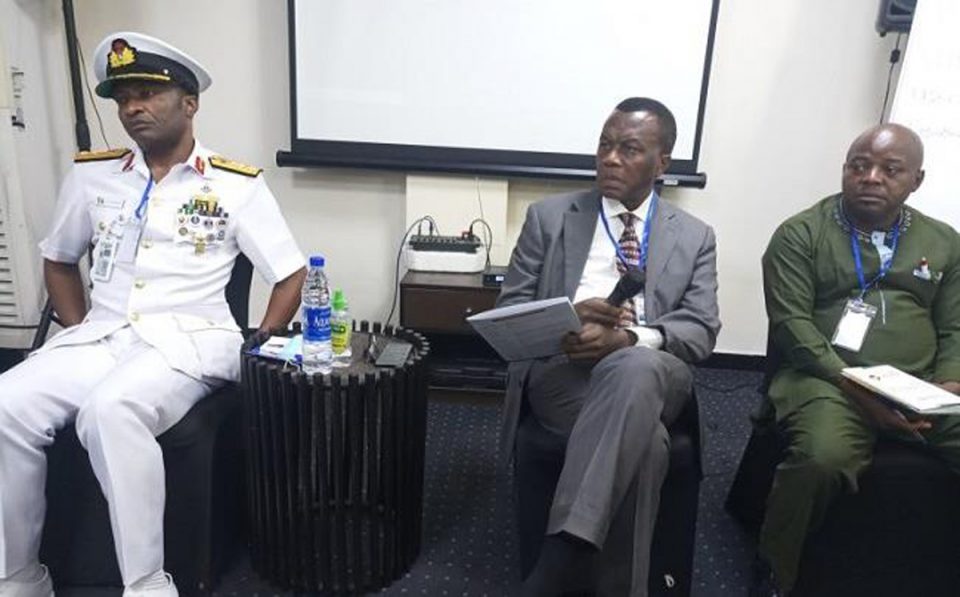 Some stakeholders have called for the establishment of the Ministry of Blue Economy to properly harness full potentials and benefits of marine life.

The stakeholders said this on Thursday during the three-day Nigeria Blue Economy Stakeholders Conference held in Lagos with the theme: “Creating the Pathway for Sustainable Nigerian Economy.

Commodore Sunday Atakfa, Commandant, Nigerian Navy Hydrographic School, Port Harcourt, said that establishment of the Ministry of Blue Economy would help Nigeria to utilise and streamline the potential of the Blue Economy.

He said that no ministry would like to be subservient to the other ministries, adding that there was Department of Fisheries and Aqua culture which was under the Ministry of Agriculture and Rural Development.

Atakfa said the ministry was more agrarian than aquaria, which is a segment in the blue economy, adding that another segment is shipping which comes under the ministry of transportation.

Atakfa said that Nigerian Navy, which provides maritime security, also involved in oceans activities which is under the Ministry of Defence, saying that Blue Economy was advocating for synergy and sustainability among all stakeholders.

“Once the blue economy is operationalised, there would be a lot of activities in the maritime space with each sector competing for relevance in that space.

“Why we are advocating for a dedicated ministry is to enable all these sectors come together to harness potentials in the Blue Economy.

“Once we bring all the ministries together there would be one central accounting unit that would go straight to the coffer of the government,” Atakfa said.

Also Mr Sunday Bisong, Director in the Ministry of Information and Culture, said that there was need for inter agencies collaboration and law enforcement to ensure that all rivers were safe from piracy and illegal fishing on the Nigerian rivers.

Bisong said that if all the laws were available, it would protect our rivers and reduce criminal activities.

He said the media ought to enlighten Nigerians to be aware of the potential and sustainability of Blue Economy.

Adeleye called for more awareness of the dangers of dumping wastes around, adding that many of the drainages were filled with non-degradable items which were not compatible with sustainability.

Giercksky said that the standard of the seafood should be traceable back to the origins of the produce to see if it is correctly sourced for according to the rules and regulations, for the industry and stakeholders and the consumers.

He urged Nigerians to collaborate with the industry, finance sector and associations as well as establishing practical and systemic approach to accelerate investments and bond issuances.

He advised Nigerians to consider emerging market for green and sustainable solution while private and government should blend finance for sustainable ocean business which, he said, was a trillion dollar opportunity.

He said that with solid frameworks and science based targets, the nation would accelerate inclusive and resilient solutions.

A senior lecturer, Maritime Academy of Nigeria, Oron, Mr Hilary Efanga, said the oceans hold a fabulous potential to meet the worlds demand in all sectors.

Efanga said that human survival was much more inescapably attached to the oceans, which had supported human activities and benefits from both marine living and non-living resources.

“The contribution of the ocean economy to global value added has formerly been estimated, conservatively suggesting its contribution is in the order of US$1.5 trillion annually (OECD, 2016).

“Currently, advancing technologies are opening new frontiers of marine resource development from bio-prospecting to the mining of seabed mineral resources.

“The potential of the oceans to meet sustainable global development needs is massive; but only if they can be maintained in and/or restored to a healthy, and productive start,’’ Efanga said.

Buhari directed us to campaign on issues — Sen. Enang