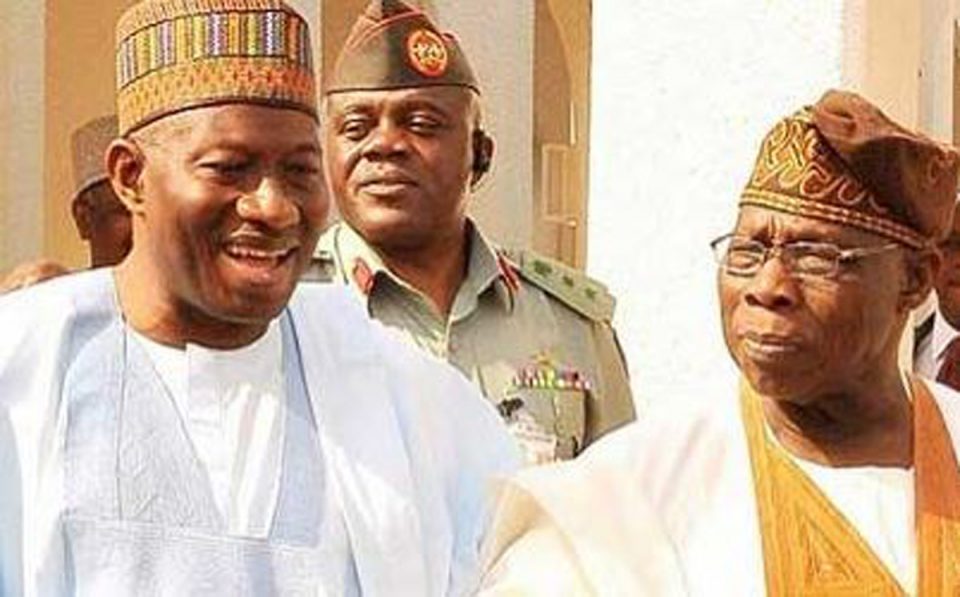 Some West-African leaders, including Nigeria’s former President’s Olusegun Obasanjo and Goodluck Jonathan, on Monday began a two-day dialogue in Abeokuta, Ogun, on how to consolidate democratic governance in the sub-region.

The event was organised by the Coalition for Dialogue on Africa (CoAD) as part of the ongoing efforts across the African continent to contain the threats to democracy in the region.

In his remarks at the opening session, Obasanjo said that in recent years, West Africa had witnessed a return of coup d’etat, election fraud and political violence.

He said the development had resulted in instability and threat to developmental gains, which the sub-region had made in the last couple of decades.

Obasanjo said the state of democracy in West Africa and indeed in Africa, required an urgent attention.

“I feel very sad and it gives me great concern when I see the democratic system we have painfully built collapsing.

“And, I believe there must be a solution, because the problem is human and all human problems can be solved by human beings.

“That is why the Coalition for Dialogue on Africa (CoDA) under my Chairmanship, has brought all of us together today.

“This is to discuss pertinent issues affecting governance in West Africa, including the challenges and then to seek the way forward,” he said.

The former President also stressed the need for a peaceful democracy with respect for the will of the people so as to create opportunities for new ideas, innovations, entrepreneurship and development in the area.

“Achieving this may not be easy, but it is a must, if we want our nation to make progress.

“It must entail responsible management of diversity which makes everyone feel a sense of belonging and be a significant part of the whole.

“Peaceful co-existence has been a hallmark of Africans, even before the emergence of Colonial era and we cannot accept anything less in this modern age,” he said.

Obasanjo also emphasised the importance of stable environment for the sustainable growth of the West African economies.

“Such all-inclusive democratic environment will fasttrack developing our economy and will strengthen our security and promote general progress,” he said.

Also, Vice President Yemi Osinbajo, who is the keynote Speaker, called for a united effort against recession of democratic values in Africa.

Osinbajo spoke on the theme: “Rising to the Challenge of Consolidating Democratic Governance.”

He said that the militarisation of civil societies, whether by local military regimes or rival foreign military powers could only set the continent back by several decades.

“Our commitment to democratisation must be predicated on the aspiration of our people and not from the whims of foreign powers.

“The recent spate of military coups across our continent and attempts at military coups, not only potend the risk of a damaging democratic recession, but, it also takes us back to the cyles of extra constitutional disruptions that plagued us decades ago.

“Two months ago, the democratically elected Government of Burkina Faso was overthrown, while only in February, there was an attempted coup in Guinea- Bissau, which was thankfully repealed.

“This much is clear; we know that we cannot secure the Africa that we want by turning back the hands of the democratic clock.

“We have walked these thorny roads before with many decades of bitter experience,” he said.

According to him, a clear lesson of our history is that despotism cannot guarantee the security and prosperity of our people.

“No matter how dire our circumstances may be, we now have concrete proof that resort to extra constitutional regimes is not the way forward.

“These attacks on constitutional governance should be the subject of deeper reflection.

“When social and economic rights are unsecured, people are unable to fully maximise their civil and political rights,” the vice president said.

Osinbajo commended the Economic Community for West African States (ECOWAS) for its tough measures against the recent coups in the sub-region.

“The immediate imposition of sanctions on extra constitutional regimes by ECOWAS and the concurrence of the African Union, not only demonstrate our unity of purpose on these issues, it is also an unequivocal affirmation of a pan-African consensus on democratic norms,” he said.

Osinbajo emphasised that the body must desist from “lukewarm approaches” to elected governments that fail to act in ways consistent with democratic values.

“We have developed a fairly robust and sophisticated punitive framework for responding to extra constitutional political interventions.

“We have, however, not been able to formulate a similarly sophisticated framework for addressing infractions of elected governments that fall short of democratic best practices.

“If this concern is left unaddressed, it will deepen a perception that regional groupings, such as ECOWAS, are no more than an elite clubs of powerful leaders that are only interested in maintaining their own privileges,” he said.

Germany’s Lufthansa cuts capacity by 150 planes due to coronavirus

Expert urges shipowners to negotiate with AMCON to forestall foreclosure