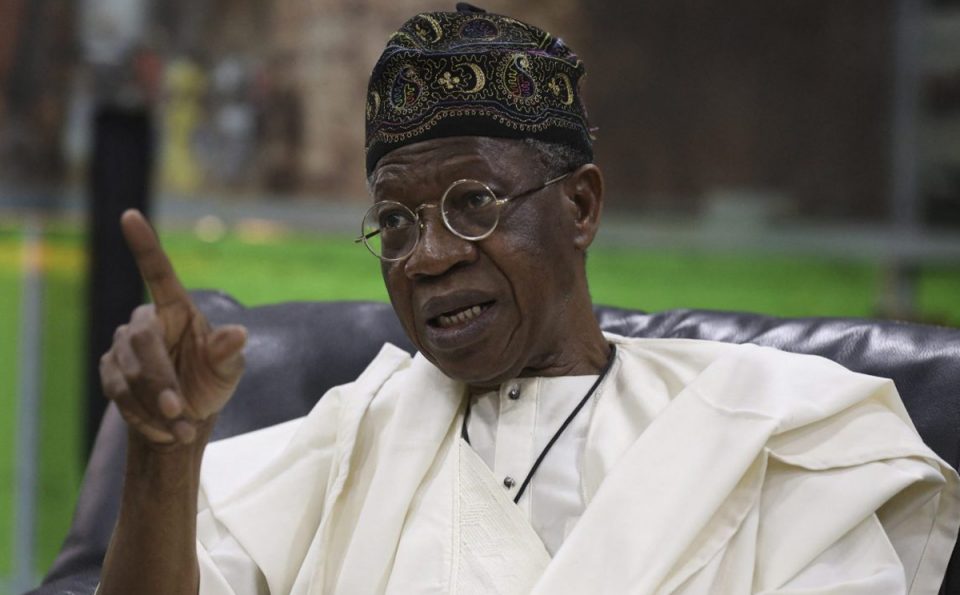 The ongoing renovation work of the National Arts Theatre Complex will be completed and inaugurated in November, Minister of Information, Lai Mohammed, has said.

Mohammed spoke on Saturday shortly after undertaking an inspection tour of work done so far on the facility.

He lauded the Bankers’ Committee for providing the finances for the project.

Mohammed also lauded the Lagos State Government for providing the enabling environment, especially in the areas of rail transportation and the usage of the waterways.

“From what we have seen, a lot of work has been undertaken here since our last visit in December 2021.

“We are satisfied with the progress that has been made. We are hopeful. And we have crossed the rubicon.

“By the time we come back in two months time, we will all see that a lot of work has been buried under,” he said.

The minister assured Nigerians that the renovation project would, “not be an abandoned project”.

“For avoidance of doubt, this project is costing the bankers’  committee, by last estimates, about $100 million. More will be invested in this project, but it is going to be business where the monies will be realised again.

“I want to place it on record that we have received enquiries from the United States from investors who have said that they are interested in taking a look at not just just the National Arts Theatre, but also the creative opportunities that we are developing around here.

“So,  I must say that this is exciting for us at the Bankers’  Committee and also at the Central Bank of Nigeria,” he said.

He added that President Muhammadu Buhari would, on the day of the inauguration, lay the foundation for the four verticals –  the music, the movie, IT as well as the fashion hub.

He thanked the Lagos State Government for actively supporting the project and declared that he was excited with the progress so far made.

“I am getting excited because we are hoping that by the end of this year, there will be some programmes and global activities which will be hosted in this complex.

“We would be talking to arts gallery and hopefully by this year, we can bring the arts exhibition into this complex because we know that by November, this place will be ready.

“So, in November, we can begin to bring this place back to us again, and then put life into the tourism sector in Nigeria  and particularly in Lagos State,” he said.

In his remarks, the Minister of Youth and Sports Development, Mr Sunday Dare, commended the Lagos State Government and the CBN governor for their dogged commitment to the National Theatre renovation project.

He commended the CBN Governor for ensuring a steady flow of funds for the execution of the project.

The minister particularly expressed happiness that many jobs would be created for the youth in the area of creative entertainment.

“On behalf of the Nigerian Youths, the greatest beneficiaries of the renovation project, I want to commend the Federal Government and the Bankers’ Committee for initiating the project,” he said.

The Lagos State Governor, Mr Babajide Sanwo-Olu, said that the project would further help to deepen the state’s GDP and that of the country in general.

He said he was particularly excited and grateful to the Bankers’ Committee for the investment.

Sanwo-Olu also said that the new National Theatre, when fully operational, would enable Nigeria export its talent in the areas of fashion, arts, ICT, entertainment among others, to Africa and the rest of the world.

“On behalf of my entire millions of youths that are in Lagos, I want to sincerely, through the CBN Governor, thank the Bankers’ Committee; their leadership are the ones that are here today, Mr Herbert Wigwe and Mr Segun Agbaje.

“But, I tell you, there are so many of their other colleagues who are actually committed onto this project,” he said.

The minister, the CBN Governor and the Lagos State Governor later inspected the train station within the National Arts  Threatre Complex.

It is expected that over 16,000 direct and indirect jobs would be created during and after renovation of the complex.

IPOB declares ‘no more sit at home’ in South East

What Nigerians should learn from Fela — Yeni Kuti

Nigerian Sentenced to Eight Years Imprisonment in US for $975,863 Fraud