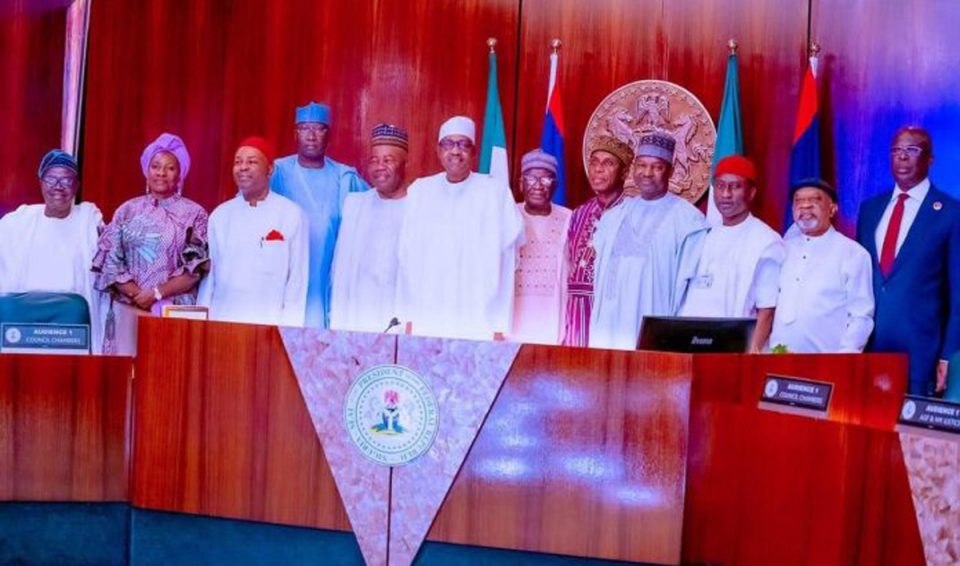 No fewer than 9 members of the President, Major General Muhammadu Buhari (retd.), cabinet have resigned their appointment as ministers over their political ambition, leaving the President on the lookout for other qualified Nigerians to fill up the vacuum created by their exit.

The PUNCH had earlier reported that the President had at the end of Wednesday’s Federal Executive Council meeting ordered all cabinet members with political ambition to resign on or before Monday.

Buhari’s order was in line with the provision of Section 84(12) of the Electoral Act which provides that, “No political appointee at any level shall be a voting delegate or be voted for at the convention or congress of any political party for the purpose of the nomination of candidates for any election.”

Meet the 9 ministers and their political ambition:

The former minister of Transportation, Rotimi Amaechi, joined the 2023 presidential race on April 9, 2022. The former Rivers State governor from 2007 to 2015 was the sixth APC aspirant to officially declare the intention to contest.

He was the Speaker of the Rivers State House of Assembly from 1999 to 2007. Before joining APC, Amaechi was among seven serving governors who formed the G-7 faction within the PDP. In November 2013, Amaechi alongside five members of the G-7 joined the then newly formed APC and later became the Director-general of Muhammadu Buhari’s presidential campaign.

Amaechi was appointed as minister in 2015. In July 2019, he was re-appointed as Minister of Transportation.

The former Minister of State for Education on April 27 became the first of many aspirants to obtain copies of APC’s nomination and expression of interest forms in his bid to succeed Buhari in 2023.

The former minister was also the Chairman of the Tertiary Education Trust Fund from 2017 to 2019.

The former Attorney-General and Minister of Justice has submitted nomination and expression of interest forms for the Kebbi State governorship race where he is eyeing to be the APC flagbearer in the state.

Malami was born on 17 April 1967 in Birnin Kebbi, the capital of Kebbi State. In 2014, the former minister contested for the APC governorship ticket in Kebbi State but stepped down during the party primary to back Atiku Bugudu.

On 11 November 2015, the 55-year-old Malami was appointed as minister by Buhari. The former minister’s tenure was also laced with corruption and professional misconduct allegations.

The former minister of Science, Technology, and Innovations had on May 6, 2022, joined 30 other presidential aspirants and officially declared his intention to vie for the APC’s presidential ticket.

The 70-year-old presidential aspirant was sworn in as the first Executive Governor of Abia State in January 1992. The former minister was also the presidential aspirant of the All People’s Party in 1999. He, however, stepped down for Olu Falae after APP’s merger with Falae’s Alliance for Democracy. Falae lost to Olusegun Obasanjo of the PDP.

Buhari appointed Onu as a minister in November 2015 He was sworn in again as minister on August 21, 2019.

The former minister of State for Petroleum on May 9, 2022, picked his APC’s nomination and expression of interest forms in Abuja. He obtained the forms ahead of the deadline for the sale.

The 57-year-old is a former governor of Bayelsa State. In 1992, the former minister became the youngest member of the House of Representatives representing the Brass constituency in old Rivers State.

Sylva was appointed by Buhari on August 21, 2019, as the minister of State for Petroleum Resources.

The former Minister of Niger Delta Affairs, Senator Godswill Akpabio declared to contest the 2023 presidential election under the APC platform on May 4 2022 at Ikot Ekpene Township Stadium in Akwa Ibom.

Akpabio was elected as Akwa Ibom governor in 2007. He was re-elected for a second term in office in 2011. In 2015, he contested and won the Senate seat of the Akwa Ibom North-West Senatorial District.

Akpabio resigned as the Senate Minority Leader in August 2018 after defecting from PDP to APC. On August 21, 2019, he was sworn in as minister for Niger Delta Affairs.

A coalition of women and youth groups from Southern Jos, Plateau State purchased the APC senatorial nomination form for the former minister ahead of the 2023 general election, according to the News Agency of Nigeria. The group said the action was in recognition of Tallen’s antecedents in her service to humanity, especially to women and children.

Buhari appointed Tallen, 63, as a minister in 2019 after she turned down ambassadorial nomination in 2015. In 1999, she was appointed Minister of State for science and technology by former president Olusegun Obasanjo. In 2007, she became the deputy governor of Plateau State and the first woman to be a deputy governor in northern Nigeria.

With their decision to exit Buhari’s cabinet, the former ministers will be playing their best political cards to ensure they clinch the APC’s ticket for their individual aspirations.

Already, the Minister for Labour and Employment, Chris Ngige who earlier declared for the presidency and joined other ministers to attend the meeting with Buhari today (Friday) has withdrawn from the presidential race, retaining his ministerial seat.

With the development, other aspirants may also withdraw from the race in the coming days ahead of the APC presidential primary.

With 1.7bn litres, we have sufficient stock of petrol, says NNPC